I finally found Sanders, a candidate who had been hands-on and involved with the issues about which I felt the most passionate, and who I felt sure would help fix a broken political system. But that optimistic support for Sanders was altered the moment he endorsed Hillary Clinton.

Every four years, we voters find ourselves complaining about having the same two choices. We are now left to choose between two individuals who cannot adequately represent a growingly diverse America. And this year, those two people might be “the most disliked and untrusted candidates for president in our history,” Green Party Candidate Jill Stein said in an interview with PBS’s Judy Woodruff in August 2016.

In a country with a population of more than 324.5 million people — more than 500,000 of those being elected officials — it’s not too much to demand that our candidates be intelligent, liked and trusted individuals. Our country deserves that at the very least.

So, I’m considering voting third party. Not just because I distrust Clinton, and have doubts about Trump’s general morality and intelligence, but mostly because I don’t want what we’ve seen in the 2016 race to be the norm for the foreseeable future.

The two-party system has limited our discussion to irrational, polarized opinions. It puts the U.S. government into an inefficient gridlock, and it polarizes Americans into one of two extreme categories, according to Michael Coblentz’s article, titled “Two Party System is Destroying America,” published on Jan. 27, 2016 by The Hill. Coblentz explains that 80 percent of Americans disapprove of Congress, and 60 percent of those same Americans said that they wanted new political parties.

So let’s get them. I’m considering voting for the movement against the dishonesty of politicians in the U.S., whose two major party candidates, Clinton and Trump, tell the complete truth a whopping 23 and 4 percent of the time, respectively, according to Politifact’s Truth-O-Meter.

We are a generation of change. Millennials should not be afraid to vote differently than the generations before them, even if that means voting outside of the two-party system.

Don’t be afraid to vote third party because you’re you think the candidate might not win — they won’t. Our country is presently in too deep with the two-party system. This wouldn’t be a vote to win this election. This would be a vote to allow future third partiers to have a chance. 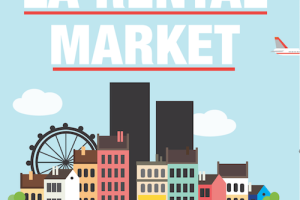 Graphic by Nate Barton Month after month, renters are forking over thousands of dollars to live in or around the City...
Copyright 2018 Pepperdine Graphic
Back to top