Photo by Zach Le  This election is certainly stressful for many of us, and it should be accompanied by a playlist tailored specifically to the situation. That's why we made you an Election Day playlist to get you through these last few hours. Some of the highlights include "You Can't Always Get What You Want" by The Rolling Stones, "It's the End of the World as We Know … END_OF_DOCUMENT_TOKEN_TO_BE_REPLACED 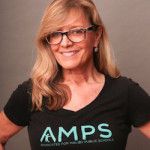 Photo Courtesy of Laureen Sills One can use many different adjectives to describe 2016’s political climate, but boring certainly isn’t one of them. If a candidate wants votes, they are going to need to stand out from opponents in some way or another, and the Malibu city council race is no exception. Laureen Sills has lived in Malibu for 30 years and has spearheaded many … END_OF_DOCUMENT_TOKEN_TO_BE_REPLACED 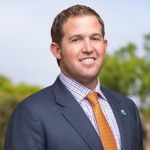 Photo Courtesy of the City of Malibu As a lifelong resident of Malibu, to some it might seem natural that Skylar Peak would get involved in the city’s local government. For Peak, this wasn’t always part of his life’s trajectory. His family came to Malibu in the 1950s, when it was one of the more affordable places to live in Los Angeles, Peak said. As a third generation … END_OF_DOCUMENT_TOKEN_TO_BE_REPLACED

Photo Courtesy of Jennifer deNicola Sporting a white shirt that reads “Team Jennifer” in blue with five stars in red across the bottom, Jennifer deNicola, a seven-year Malibu resident, is running for one of three seats on Malibu’s City Council. A businesswoman, president of an advocate organization, mother of two children and two dogs, deNicola has recently put most of … END_OF_DOCUMENT_TOKEN_TO_BE_REPLACED

Photo Courtesy of Team Malibu 2016 Jefferson “Zuma Jay” Wagner has worn many hats during his 46 years living in Malibu, including that of an LA County Deputy Sheriff, a Ralph Lauren model, a small business owner and a Malibu City Council Member, but perhaps the most interesting part of the man with a motto of “No Beachin’ or Moanin’” is his relaxed way of approaching all … END_OF_DOCUMENT_TOKEN_TO_BE_REPLACED