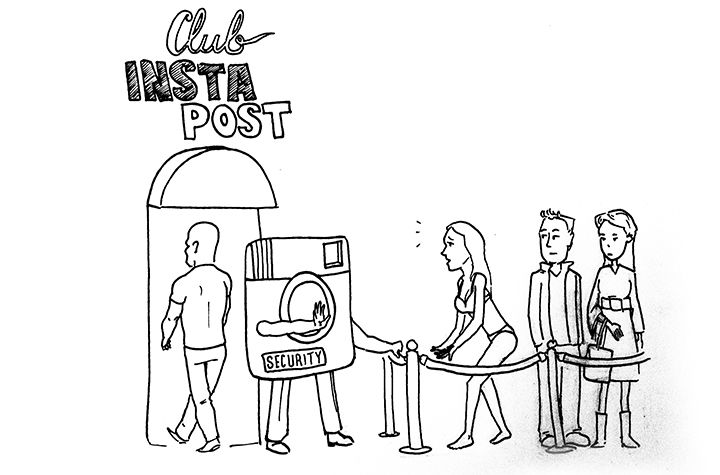 This accused violation of rights has been in the news recently regarding a photo posted by the agency, “Sticks and Stones,” of two women revealing part of their natural “female bushes” on Instagram. This account was later removed by Instagram on account of their “repeated violations” of Instagram’s rules.

Instagram’s rules about privacy state that “you may not post violent, nudity, partially nude, discriminatory, unlawful, infringing, hateful, pornographic or sexually suggestive photos or other content via the service.” However many, especially Sticks and Stones, are angered due to the fact that Instagram deleted their photo.

The Sticks and Stones agency’s Instagram removal brings to light an important issue that we are facing in the realm of social media rights. Yes, Instagram does explicitly say that there is to be no nudity or pornography, and that is understood by most. However, this account of Sticks and Stones was deleted due to visible pubic hair. This removal shows that not only is Instagram’s set of rules about what and what not to post is vague, but it also brings about the sexist nature of what men can post and what women can’t post.

As of late, Instagram’s harsh censorship rules have been under fire, specifically for pictures being removed from their site that have been flagged as “nudity.” Many celebrities have been fighting against these rules. Chelsea Handler’s photo of herself topless was removed from Instagram, and to protest such practices, Handler posted another photo, tweeting “If a man posts a photo of his nipples, it’s OK, but not a woman? Are we in 1825?”

Although the photo posted by Sticks and Stones did not feature full nudity, and barely featured partial nudity, as mentioned in Instagram’s rules, the account was still deleted and banned. In the past, other photos in which female pubic hair is visible have been deleted, while photos of girls with shaved bikini lines remain.

Director of Sticks and Stones agency, Ainsley Hutchence, alluded to the fact that “Instagram has ruled out natural hair that appears on all bodies of women that don’t trim their bikini lines,” as quoted in the Huffington Post United Kingdom. And not only does Instagram not ban shaved bikini lines, but it also allows photos of men with exposed pubic hair to be published.

The editors at Sticks and Stones said they wished to find a balance between the rules and self-expression, saying, “We try hard to find a good balance between allowing people to express themselves creatively and having policies in place to maintain a comfortable experience for our global and culturally diverse community,” according to the Huffington Post U.K. article. However, since the banning of the account, Sticks and Stones has restored a new account, backing the act up by saying that everyone makes mistakes.

Instagram is clear about their policies regarding nudity and other banned elements. However, if they don’t want exposed pubic hair, they should say it. This way, it will omit angry account holders when, like Sticks and Stones, they are just trying to be natural and self-expressive.

However, Sticks and Stones also alludes to the fact that men and women are certainly not equal in the world of social media laws, which seems to come from the lack of equality of genders and the over-sexualization of women in society.

The Sticks and Stones controversy is a true example of why media laws should be specific and apply to all people who use the service. 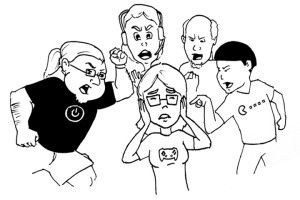 Art by Peau PorotesanoGamergate is a movement that was supposedly against the increasing gender complexity forming in the gaming...
Copyright 2018 Pepperdine Graphic
Back to top