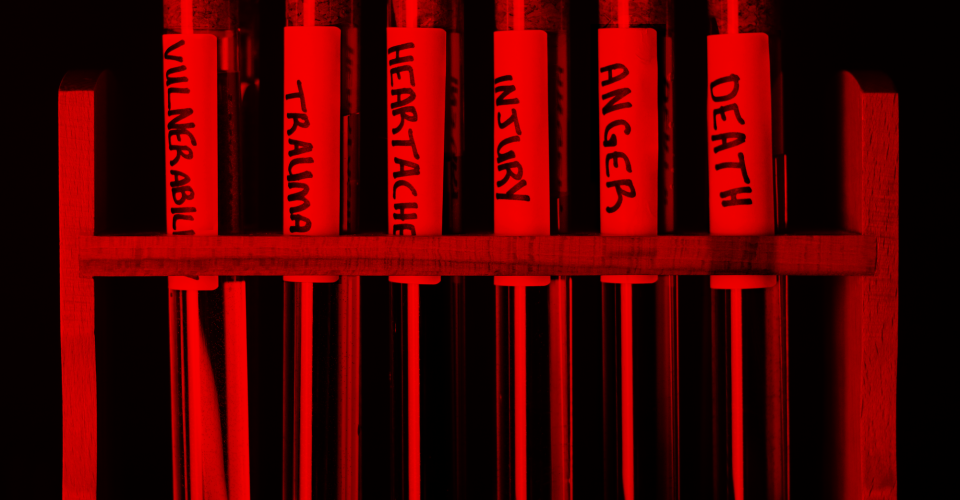 Although journalism’s primary goal is to inform readers of the news, sometimes reporting on traumatic events harms those who experienced such events.

From the Borderline shooting in 2018 to several severe car crashes, Pepperdine is no stranger to events that inflicted hurt and suffering upon the community. These tragedies resulted in extensive local and national media coverage that did not always put survivors’ emotional and mental well-being first.

“There was this new world of being put in the spotlight and not really knowing how to navigate that,” said junior Alicia Yu, who survived the Borderline shooting. “We didn’t really know that we didn’t have to talk to [reporters].”

“It took us forever to get out because everyone was trying to talk to us,” said junior Janie Souza, a Borderline shooting survivor. “I understand the need to hear from those who were just there, but for us, we just wanted to be gone and leave that scene.”

Although reporting on a tragic event such as a shooting is necessary to provide accurate information, Yu and Souza said they wished the journalists they spoke to demonstrated more sensitivity toward the traumatic impact the event had on their lives.

“One of the [reporters] that interviewed me put me on hold and instead of playing elevator music they played the news, which was talking about Borderline and that was really triggering,” Yu said. “After a few minutes, I just couldn’t do it anymore and I hung up.”

Souza also noticed reporters were more concerned about publishing quickly rather than checking to make sure those present at the shooting were able and willing to share what happened to them.

“I’ve seen [Borderline shooting] stories where the reporters ask people who have basically no real connection to the shooting and I would wonder why that person was chosen to be interviewed,” Souza said. “Not that their opinion or story isn’t valid, but there were people I felt like who had a more valid story to tell.”

Although she acknowledges reporters had deadlines and may have been nervous to speak with survivors, Souza said she wished there was more diversity in terms of personal accounts from the night of the shooting.

“It can be frustrating to hear limited reports of victims because it makes me wonder, ‘Does my story not matter?'” Souza said. “That’s frustrating when there’s only one recount of the night to share how we all feel when that’s not true.”

When it comes to reporting on mass shootings, the news must report on the issue of gun control and the shooting itself while also on the stories and lives of those present at the shooting. Yu agreed that making sure accurate accounts are heard is crucial to the reporting process.

“For some people, their humanity gets taken away in the stories, especially with tragedies like mass shootings,” Yu said. “Everything becomes a statistic; when anything bad happens, people always look at the numbers of deaths, but every single one of those is a person who had a life, had family, had friends, had goals.”

Only one day after the Borderline shooting, tragedy struck the Pepperdine community yet again in the form of a wildfire. National media coverage swiftly shifted from covering the shooting to the Woolsey Fire.

“That was the second-biggest mass shooting in the country of the year, and we talked about it for two days,” Yu said. “People just stopped talking about Borderline because it was just easier to talk about Woolsey, but as a survivor, I felt really pushed to the back.”

The Graphic reported on the crash but received concerns that a published video of the aftermath could be viewed as unethical and insensitive due to its graphic content and traumatic nature. The Graphic staff acknowledged the concern in a staff editorial but stood behind the publication of the video after deciding to mute the audio.

“The Graphic decided to republish the video without the audio to add an informative visual story, show what happened and educate its audience,” Graphic staff wrote in the staff editorial. “We believe the video tells an aspect of the story that only moving images can.”

The Graphic kept the video up to educate readers on the potential dangers of driving on PCH, as well as to try to prevent similar crashes from happening in the future, as discussed in the staff-ed.

Junior Jacob Resendiz, a Graphic reporter at the time of the crash, filmed the video that would later be published.

“My first instinct as a freshman reporter, what I had been told was to turn my phone sideways and record,” Resendiz said. “Reflecting on it, it was a pretty traumatic scene, but I think it was still the right thing to film and publish it to people; I don’t think the video takes advantage of peoples’ privacy.”

News insensitivity always remains a possibility when reporting on traumatic events. When reporting on emotionally intense events such as a shooting or a car crash, empathy and patience play a big role in appropriate and respectful reporting, according to the American Press Institute.

The Double-Edged Sword: Social Media as a News Source 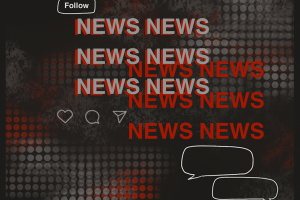 The Double-Edged Sword: Social Media as a News Source