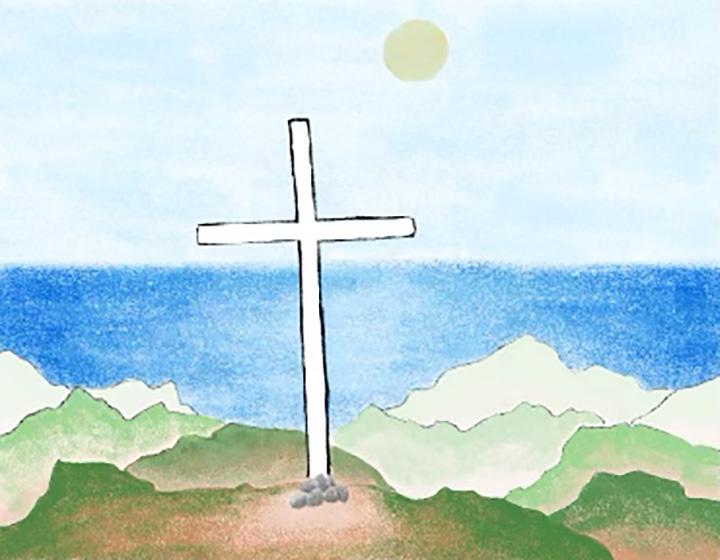 Pepperdine, since its founding in 1937, has remained rooted in its Christian mission to hold students to high academic excellence and Christian values. Over the years, Pepperdine students and faculty have diversified in spiritual beliefs, creating more inclusive spaces for interfaith conversations.

In Pepperdine’s At A Glance admission statistics, 53% of Seaver students identify as Christian and 40% do not identify with a religious group. For the remaining 7% of students, finding a supportive religious community can be a challenge, and some students said they find themselves pushed to reexamine their faith in a Christian context.

“It’s a unique person who decides to come to a Christian University who’s not a Christian,” Chaplain Sara Barton said. “Usually they’re adventurous and open and many times well-traveled, and so they’re always very interesting people and really great conversation partners.”

Though Pepperdine is intimately connected to the Churches of Christ and the University Church of Christ church on the Malibu campus, Pepperdine also ministers to students outside the traditional CoC or Christian background.

Barton is a leader in the Spiritual Life Division at Pepperdine, and she said her role is to tend to the spiritual life of the community and the lives of its individuals.

“It’s extremely important to me that students of all faiths would feel comfortable to come to me as their chaplain,” Barton said.

When having interfaith conversations, Barton said she works from her own faith background.

One way she demonstrates this at Pepperdine is by being intentional about using inclusive language when speaking at convocation or other Pepperdine spiritual life events, Barton said.

“I don’t use the word ‘we’ in reference to a shared faith when I am speaking to a group of people who are not all Christians because that would not be respectful,” Barton said.

The Chaplain’s Office has also aimed to create programming that allows for spiritual and interfaith discourse. One example is Table Talk events, which the Chaplain’s Office hosted for four years. The events took place in the Caf, with all tables arranged in a circle around a table of panelists who would discuss difficult subjects related to faith, including gender, sexuality and politics.

Schwarzberg said he teaches Jewish ideas in an interfaith context, focusing on Jewish ideals, texts and themes, and works as a liaison for students interested in Judaism.

“I have such respect for the Christian faith in general but certainly a lot of respect at Pepperdine, and I’m forever grateful that Pepperdine is open to having me as part of its staff,” Schwarzberg said. “It’s very helpful for students, whether they’re Jewish or not, to be involved in a Jewish conversation — either in contrast but much, much more often in comparison, with the Christian faith.”

Aaron Kramer, a member of the Church of Jesus Christ of Latter-day Saints, attended Pepperdine his first year in 2018 and is now on a mission trip, a tradition for young adults in his faith, with plans to return to Pepperdine after his mission. He said attending Pepperdine allowed him to see a different side of his faith.

“Being a minority in terms of what I believed really helps me to reidentify and reevaluate the things I believed in and why I believe them,” Kramer said.

Kramer said he chose to attend Pepperdine because he wanted a deeper understanding of his personal faith.

“I felt like if I went to an atmosphere that was predominantly already what I believed in then I would have to look back at myself and say, ‘Do I really actually believe these things or just because this is the atmosphere I have been in all my life?’” Kramer said.

Amy Jicha, Interfaith Student Council president and third-year law student at the Caruso School of Law, is also a Christian. After attending public school for the majority of her educational career, she said she chose Pepperdine because it allowed her to tie her faith to law and have conversations with her faculty and peers about that intersection.

“There is a unique partnership between the law and faith or religion because it’s almost obvious that a lot of where we get our ideas of justice, forgiveness and advocacy for others comes from either our personal beliefs or the system that we’ve grown up in,” Jicha said.

In an October Graphic survey, Seaver students indicated a change between the faith they entered college with and their faith now. There was a 4% decrease in those who were members of the Church of Christ going from 44% to 40% of students surveyed. Additionally, there was an increase in students who stated they were now unsure about their faith.

Impact of Convo and Religion Courses

Survey respondents also indicated mixed feelings about the effects of convocation and their change in religious beliefs while at Pepperdine. Forty-eight percent of students polled said Pepperdine’s convocation classes have changed their view on spirituality, while 40% said their religious views remained unchanged.

Kramer said he engaged in compelling religious conversations at Pepperdine in both convocation and his Religion classes, which allowed his faith to grow.

Unlike Kramer, junior Rachel Lando said convocation did not have a large impact on her faith; however, she has experienced spiritual growth through both the community and religion classes.

“They challenge your faith, and they forced you to dive into your own research and come to your own conclusions,” Lando said. “You’re at college by yourself here in this new world, so developing a faith is something that was important for me to lean on.”

Challenges of a Christian University

While Pepperdine encourages students to explore their faith in whatever way they choose, students from a minority faith group face difficulties in practicing their religion.

Schwarzberg said his biggest challenge in ministering to Jewish Pepperdine students has been finding them. Pepperdine does not share which students belong to specific religious groups.

In the OIE’s 2019 Fall Enrollment Census, 169 students identified as part of the Jewish religious community, ranking fifth in student affiliations but falling at 3% of the total.

Challenges for Jewish students at Pepperdine are more ceremonially rooted with a lack of a space to perform ritual activities — especially those tied to the Sabbath, Schwarzberg said.

For Muslim students on campus, Barton said there have been challenges for them in practicing at Pepperdine. The now inactive Muslim Student Association had troubles getting started due to the small Muslim student population on campus and the number of members required to start the club. Muslims also practice Friday prayer, which can be difficult to attend in Malibu because there are few mosques in the area.

Some groups lack an official community entirely, including Hindu, Buddhist, Orthodox Christian and Mormon students. Each of these groups represents only 1% of the student population on campus, according to an Office of Institutional Effectiveness census.

“That’s a barrier — not being in a community, being in the Malibu community or being in the Pepperdine community where it might be a distance to have those [religious] experiences,” Barton said.