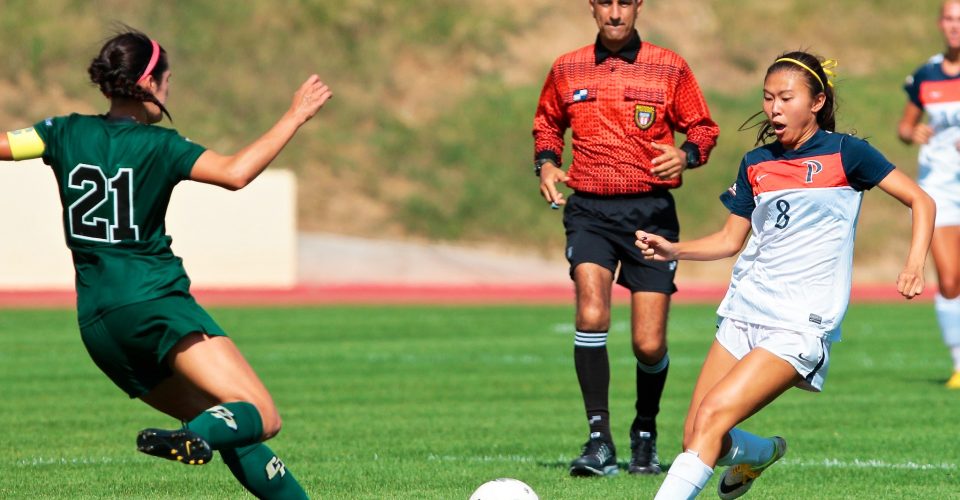 Soccer is a huge part of senior Emily Tanaka’s time at Pepperdine. Following a season where she helped the Waves capture their second consecutive West Coast Conference championship, she has seen the program grow since her freshman year.

“I don’t think any of us [fellow senior teammates on the roster] expected to do so much in four years,” Tanaka said. “As a senior, it was really gratifying, as we’ve definitely been working toward it and it’s nice that it actually happened.”

Tanaka has seen her role change season by season sine freshman year, taking on more responsibility as one of the leaders on the roster in her senior year.

“We definitely started from the bottom, just working hard, following the lead of others before us, and now we have to step up and take on not only roles for ourselves, but also help the younger girls on the team to feel comfortable and confident.”

With the team going 14-2-3 overall in the regular season (including 8-0-1 in WCC play), Tanaka says the team has been on mission since the start and wanted to make history.

“I think we all knew in the back of our minds that we wanted to be WCC champions and we all knew that going back-to-back has never been done before in Pepperdine Women’s Soccer history,” Tanaka said. “So we focused on the first game, what we had to do in that game and when we won that game, we’d move on to the next one. We did that consecutively and it worked out.”

Over the past four seasons at Pepperdine, winning the WCC championship in back-to-back years was not the only highlight for Tanaka, as her favorite memory dated back to her freshman season.

“We had a tournament game at home and we won the game in penalty kicks against USC, but I wasn’t able to sit on the bench with the rest of the team because I was injured and there’s an NCAA rule limiting the amount of people that can sit on the bench,” Tanaka recalled. “So when I walked down from the stands, the whole team rushed and came to me and the other [teammates] who sat on the bench.”

Within those four seasons, there have been many players coming in and out of the program, but Tanaka has many favorite teammates, most notably fellow Hawaii native Ally Holtz and former midfielder Rachael Collins.

“[Holtz] was just a huge role model for me and she was always so positive and so loving and she will forever be one of my favorite people,” Tanaka said. “Last year, [Collins] was such a strong person on and off the field. She loved everything about Pepperdine soccer, but she loved the people that were in the program the most and even when I was down, she would always be someone who would push me to be someone positive and that was really helpful for my years here.”

Tanaka also shared her relationship with Head Coach Tim Ward, who she said has been very loving, supportive and caring of her and her teammates since day one.

“I think with every coach and every player, you go through ups and downs and he [Ward] knows that too,” Tanaka said. “We had some very hard conversations about playing time, about personal lives, but at the end of the day, I know that he really cares about me and he pushes me to be my best.”

While soccer has played a huge role during her time at Pepperdine, being a student-athlete has been a big challenge Tanaka has faced, but it has also given her a close-knit relationship with her fellow teammates.

“There’s time management issues, you have to miss a lot of classes and just the physical exhaustion of having to wake up at 6:30, go to practice and go throughout your day in class,” Tanaka said. “That’s a really hard thing for me and you also get caught up in your own things and your own priorities with soccer and school, but it’s also really nice to have a close-knit family with your own teammates.”

After graduation, Tanaka is planning to take a gap year to think about where she wants to go for law school.

“I’m going to take a gap year and apply for the following year,” Tanaka said. “For law school, I’m looking at the University of Hawaii and even Pepperdine, but I’m not quite sure where I want to go with that yet and hopefully that gap year experience will help me figure that out.”

While her Pepperdine career as a student-athlete is coming to a close, Tanaka said she has grown a lot over the last few years, becoming more mature and focused on what she wants to do following graduation.

“I think I’ve become more focused on what I want to do as a person and understanding my strengths and weaknesses,” Tanaka said. “Before I would just go with the flow and go with whatever felt easier, fun or enjoyable and now I’m more focused on certain things that I want to accomplish and now I’m much more confident in my abilities to do that and I’m very grateful for that.” 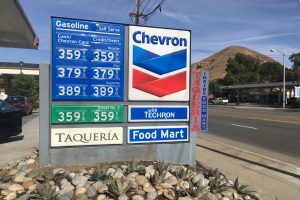 Photos and Infograph created by Kelly Rodriguez Senior Ava London has an hour-long commute from her apartment in North...
Copyright 2013 Jupiter Premium Magazine Theme
Back to top