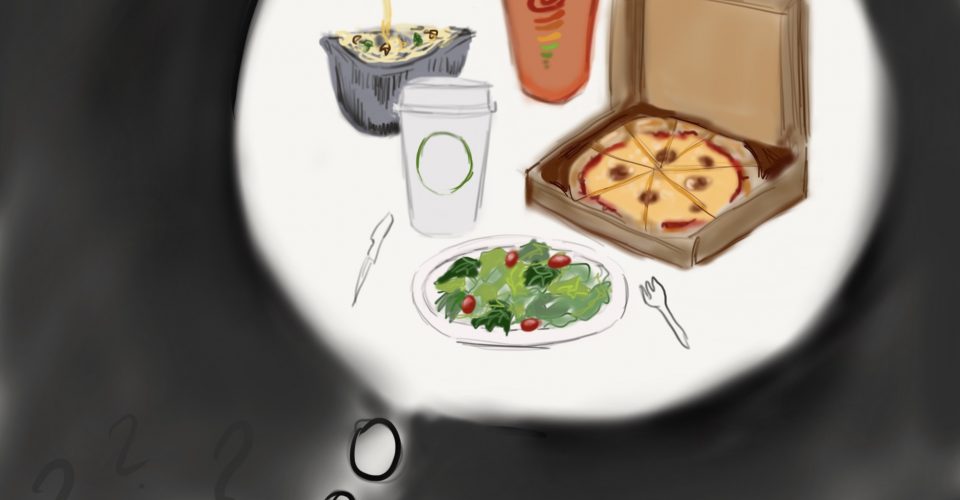 Food is vital to life. It fuels students’ endeavors, enhances celebrations and serves as the centerpiece to social gatherings. However, food is a resource that is heinously mishandled, particularly on college campuses.

Of all the food produced in the United States, 30 to 40 percent ends up discarded instead of consumed. This means that 22 million pounds of food is wasted by U.S. colleges each year, according to Tanja Srebotnjak’s article “Food Waste at U.S. Colleges and What to Do About It” published by the Huffington Post on Aug. 24, 2016.

These numbers are staggering, and they have far-reaching implications. To begin, food waste is one of the main propagators of climate change. “From an environmental perspective, food requires substantial amounts of water, energy and land to produce,” according to Srebotnjak.

Moreover, when discarded food ends up in a landfill and is burned, it produces immense amounts of methane. Methane is one of the most harmful greenhouse gases, even surpassing carbon dioxide. “If food waste were a country, it would be the world’s third-largest emitter of greenhouse gases,” according to Tia Nelson’s article “All the reasons to stop wasting food” published by USA Today on Sept. 21.

Food waste is not only detrimental to the environment, it is also expensive, and college students are not exempt from these costs. When a university purchases food, there is an economic impact on students, regardless of if they have a meal plan or not. A portion of students’ tuition goes toward those purchases.

When students decrease the amount of food that they waste, it “reduces cost for food purchase and garbage pick-up, which helps keep tuition increases under control,” according to Tanja Srebotnjak. Therefore, reducing food waste saves students money, both today and in the future.

In addition to this, food waste is unethical. Throwing away millions of pounds of food is especially erroneous in light of the fact that many Americans — students in particular — are uncertain of when they will be able to eat next.

Food insecurity exists on college campuses across the nation, and Pepperdine is no exception, according to Rachel Ettlinger’s 2018 Currents Magazine article. There are Pepperdine students who are unable to afford three meals a day, leaving them with no choice but to face hunger.

Fortunately, measures are being taken to combat this issue, according to Judith-Daly Brister-Knabe’s recent article “Groups Work to End Food Insecurity on Campus” published by the Graphic on Sept. 26. These initiatives include an end-of-the-semester meal point drive, during which students with leftover meal points can donate them to students in need.

While these rectifying measures are encouraging, Pepperdine students still waste food. One glimpse at the dirty dish conveyor will attest to this. Additionally, over the course of any given semester, hundreds of pounds of prepared food will go untouched and wasted, according to Cassandra Stephenson’s article “SoCal Fights Food Waste” published by the Graphic on April 9.

These two issues — food insecurity and food waste — are symptomatic of the state of the U.S. “The incongruence of food insecurity alongside food waste on American campuses is but a microcosm of the issue nationwide,” according to Ashni Mathew’s article “College Campuses are Where Food Insecurity and Food Waste Meet” published by Move for Hunger on July 16, 2016.

Fortunately, students have agency in reducing food waste. Simple steps, such as investing in Tupperware or a Green Box can go a long way in decreasing one’s food waste. Additionally, students could set aside one night each week to get creative about incorporating leftovers into a meal.

As an institution, Pepperdine should consider going tray-less. Surprisingly, “trayless college dining decreases food waste by 25 to 30 percent — ultimately reducing the cost of waste removal, water, energy, and cleaning supplies to clean the trays,” according to Ashni Mathew’s article “College Campuses are Where Food Insecurity and Food Waste Meet” published by Move for Hunger on July 16, 2016.

Pepperdine students can also get plugged in with the Food Recovery Network on campus. This club does many things to reduce Pepperdine’s food waste, such as coordinating the end of the year food drive, distributing leftover Starbucks to the homeless and organizing several recoveries after catered events.

As Stephenson’s article delineates, there has been a big push to decrease food waste, both on Pepperdine’s campus and in Southern California in general. Hopefully, this trend will continue to gain momentum.

Food wasted on college campuses has both ethical and environmental consequences. When students and universities are intentional about decreasing their food waste, the positive impact is far-reaching. 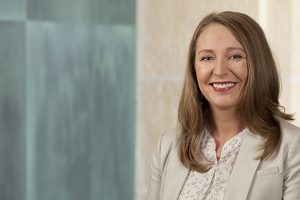 Photo courtesy of Southwestern Law School Los AngelesPepperdine Libraries is bringing Beth Caldwell to give a lecture in the Payson...
Copyright 2013 Jupiter Premium Magazine Theme
Back to top