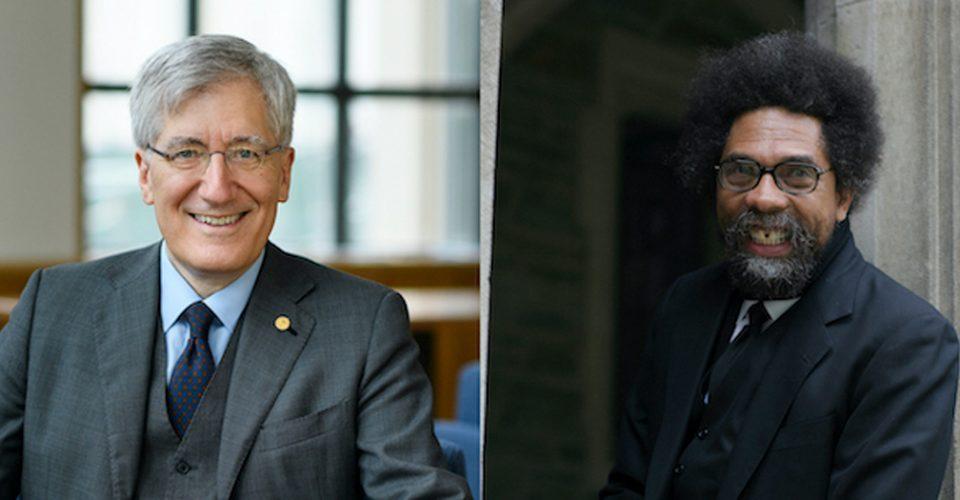 Pepperdine hosted its first President’s Speaker Series event Jan. 12 titled “Honesty and Courage, Humility and Hope: Robert George and Cornel West in Dialogue,” in which the Rev. Cornel West and Robert George discussed their friendship, civil discourse, free speech and the devaluation of truth-seeking in the United States.

The title of the event lists four virtues — honesty, courage, humility and hope — which George and West chose because they believe these virtues, as well as love, should be at the center of civil dialogue, West said during the event.

“You’ve got to defend virtues, no matter what the circumstances and conditions are, and when we came up with idea, we just said that it’s just so important we cast our discussion through moral and spiritual lens,” West said.

The event began with introductions by Caruso School of Law Dean Paul Caron, Helen Williams, dean of the Graduate School of Education and Psychology, and History Professor Stewart Davenport. The majority of the event was dedicated to dialogue between George and West, centering on seeking truth through hard conversations. Gash moderated the event for an audience of 1,000 virtual attendees.

The duo discussed their relationship, having met at Princeton as professors and how an hour-long interview for a new student magazine transformed into a lifelong friendship of challenge and disagreement founded in mutual love and respect, George said during the event.

West, a Holy Ghost Baptist Democratic Socialist, and George, a Catholic Conservative, are both Christian and said they hold similar values, but are known to civilly disagree on controversial subjects with one another, while still keeping their friendship and truth-seeking at the forefront, West said during the event.

“It’s a matter of holding on to our sense of being made in the image and likeness of a God that loves us and sacrifices for us and wants us to be the best that we can be with radical love and freedom and radical freedom in love,” West said during the event.

The discussion ranged from the Jan. 6, attacks on the Capitol to free speech, with George and West sharing their respective opinions from their differing political and ideological lenses.

“The repression of speech is not only something that comes from government; it can come from what [John Stuart] Mill calls the tyranny of public opinion,” George said during the event. “[…] it happens as much on one side as the other — but it’s always bad because it smothers, it suffocates the truth-seeking process, even if the government is nowhere in the picture.”

The President’s Speaker Series is one of the Presidential Action and Advisory Team’s initiatives President Jim Gash announced Oct. 28 to promote diversity and inclusion at Pepperdine.

“Pepperdine aspires to lead our nation in modeling a community where people can disagree and still respect and learn from each other,” Gash said in a Dec. 21, University press release. “My hope is that this initiative will prove that the simple truth of loving and honoring our neighbor is the most powerful tool we have to rebuild unity.”

The design of the series is to invite scholars holding diverse viewpoints to discuss current topics, starting with racial justice, Gash wrote in an Oct. 28, email to the Pepperdine community.

Promoting civil discourse on campus has been one of Pepperdine’s initiatives for several years now, with past events such as “Are American College Campuses ‘Free Speech Zones’?” hosted by the School of Public Policy in spring 2019. In his Sept. 8, address honoring the events of Sept. 11, 2001, Gash called for civil discourse in the Pepperdine community.

“At Pepperdine, one of our deeply held Christian values in the context of a Christian University is civil discourse,” Gash said in his Sept. 8, address. “Civil discourse is an intellectual way of saying honor. My dream for Pepperdine is that we would build and sustain a culture of honor; because where there is honor, there is belonging.”

The next Presidential Speaker Series lecture will take place Feb. 24 and will feature Pepperdine alumnus Bernard Kinsey, titled “What You Didn’t Learn in Your High School History Class about American History.”

The University hopes to host three or four more series events throughout spring 2021 and decrease the frequency to two or three events each semester thereafter, Gash wrote in an email to the Graphic.

“I was extremely pleased with the inaugural President’s Speaker Series event,” Gash wrote in an email to the Graphic. “I don’t know how it could have gone better. We had a great turn out from students, faculty, staff, alumni, and friends and Cornel West and Robby George were fantastic. I thought the event set the perfect tone for my vision for this series: two public intellectuals discussing important topics from diverse viewpoints in a compelling and respectful way.” 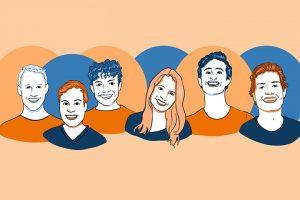