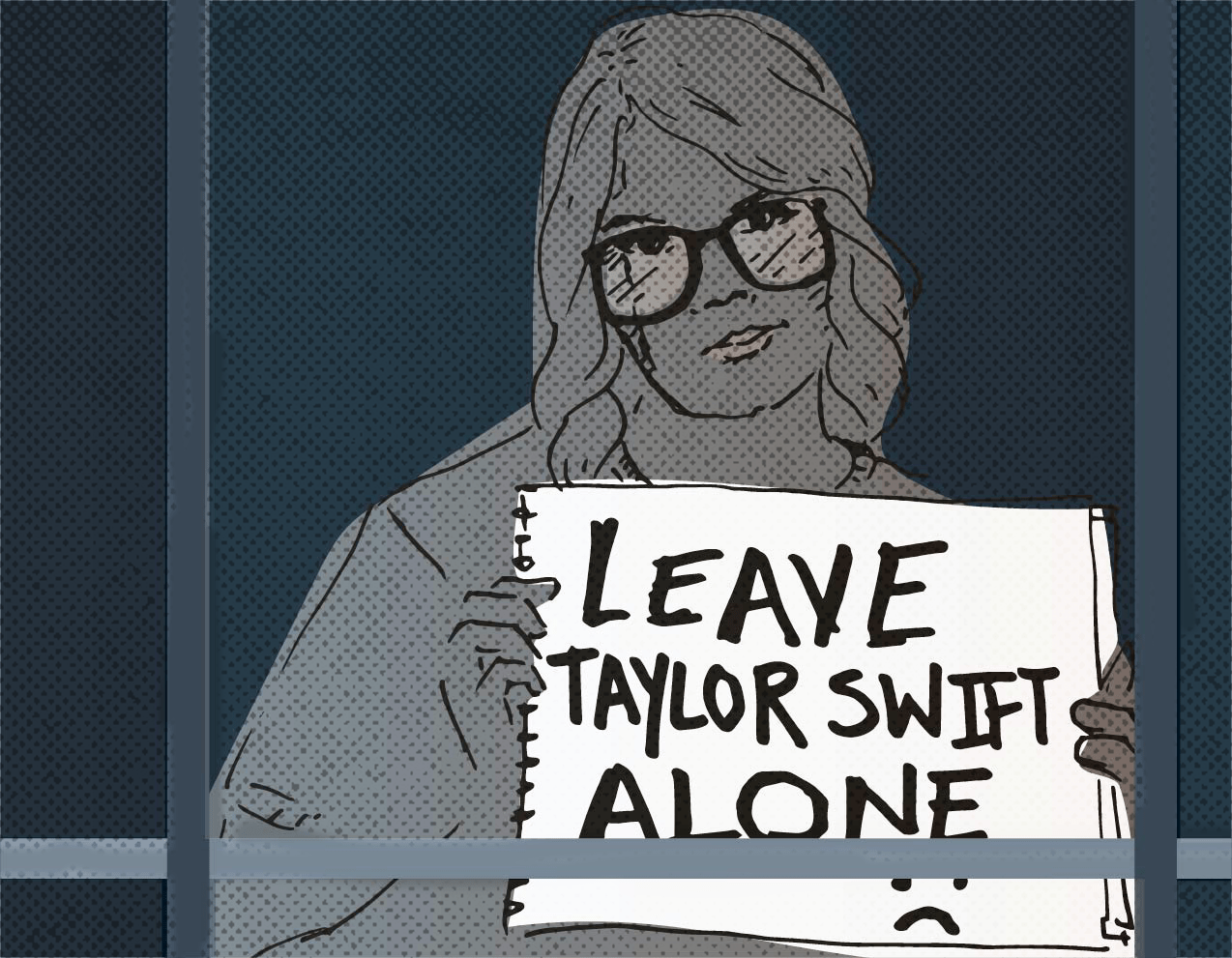 We take the time to reflect. In our reflection, we are confronted with a problem. A struggle. A conundrum, if you will. A decision that speaks to the very soul of the human experience, chronicled in books and Twitter feuds. When someone asks what artist you listened to last, and the answer is Taylor Swift, what do you do?

Anyone who answers honestly — publicly sharing their love for Taylor Swift — possesses confidence we have not yet gained. Good for you.

We, however, dread the strange glances, the passive-aggressive giggles, the shouted “WHAT” from our Life and Arts Editor, Beth Gonzales. And we stay silent.

But why should we?

In a Ranking of the Biggest Pop Stars of 2020, Swift came in at number seven, placing her above — sorry, Beth — Harry Styles. (And while we’re on that topic, anyone who criticizes Taylor Swift’s songs about Harry Styles should keep in mind that he, in fact, wrote songs about her, too. Why isn’t he getting any slack? Find a new comeback, Taylor haters, because your excuses are getting old.)

Impressively, Swift’s music transcends genres. Her earlier albums have a distinct Country feel, before she leapt across the aisle to Pop and finally landed in Folk. Many of her songs dominate our “Sad” playlist, but she also makes appearances in our “Romance,” “Sing Along” and “Running Through An Abandoned Museum (affectionate)” playlists.

Swift’s influence is so powerful, she can get people excited to hear new versions of songs she made ten years ago and remain current on the music charts!

Harry Styles can’t even get the band back together.

With all this in mind, why do we feel such panic wash over us at the sight of a Taylor Swift song coming up next on the playlist when our friends are around? Why do we roll up the windows when we scream sing “Enchanted” on the drive home? Why would we rather walk up the CCB stairs at 2 p.m. on a summer day in a ski coat than profess our love for Taylor Swift?

This brings us back to the stares, giggles and comments. This is a call to action for all the “Beths” out there to admit you love her, too. We know you’re counting down the days until the 10-minute version of “All Too Well” comes out — and that’s OK. You don’t have to hide anymore. Taylor haters, we are talking to you. Accepting that you have a problem is the first step. You are safe with us.