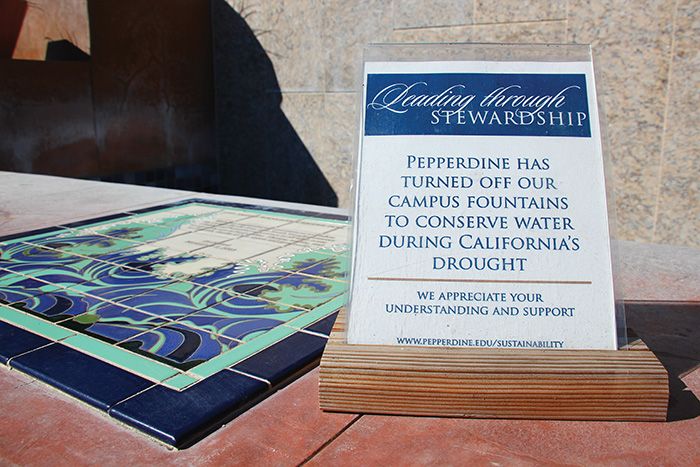 In response to California Gov. Jerry Brown’s January 2014 declaration that the statewide drought is in a State of Emergency and the government’s continuous call on communities to conserve water, many California universities are increasing their sustainable water practices.

Pepperdine — which is listed as one of the Princeton Review’s 323 Green Colleges, 29 of which are California universities — has continued its pledge to conserve and thus increased sustainable measures on campus, according to Director of Pepperdine’s Center for Sustainability Rhiannon Ballard.

“Pepperdine is a leader in water conservation measures,” Ballard said. “Being cognizant of our location in Southern California, we realize that water availability is potentially the greatest environmental concern we face.”

Pepperdine originally introduced water conservation practices in 1972 when the Center for Sustainability installed a water-recycling program in the newly constructed Malibu campus, according to Ballard. Rather than disposing of the wastewater in the ocean (the common practice) Pepperdine chose to treat and reuse the wastewater and bring it back to the campus.

Since the construction of the Malibu campus, Pepperdine has saved a total of 4 billion gallons of water and continues to view water conservation as a top priority, according to the Center for Sustainability website.

In addition to the continued use of reclaimed water for campus irrigation, the Center for Sustainability has since added other sustainability initiatives, such as installing low flow toilets and showers and utilizing native vegetation on campus.

The most recent addition to its conservation measures was turning off the on-campus decorative fountains in reaction to the drought. The fountains’ once running water has been replaced with signs that explain Pepperdine’s commitment to water conservation.

Overall, students seem to be on board with the sustainability measures.

“Because of the current state of the drought, it makes sense to turn off the fountains,” sophomore Logan Beitler said. “Hopefully they’ll be able to turn them back on once it improves.”

Ballard said Pepperdine’s eco-friendly measures are not only connected to the recent increase in environmental responsibility, but also to the university’s Christian mission.

“Pepperdine brings a unique perspective to sustainability in that we view it as a moral obligation,” Ballard said. “We believe that our mission and our Christian heritage demand that we engage in practices that conserve our resources for the good of all people.”

In alignment with the mission, the Center for Sustainability has made efforts to educate students on the importance of sustainability so that they graduate with an eco-minded awareness, according to the center’s website. Information is posted in campus residence halls and other varying locations on campus in hopes of convincing students to increase conservation practices.

Additionally, courses such as Christianity & Sustainability, taught by Professor Chris Doran, educate students on the link between Christian values and conservation, according to Kevin Schremp, a junior who took Doran’s class last semester.

While the obvious water conservation measures such as taking shorter showers, turning the faucet off while you aren’t using it and doing fewer loads of laundry are helpful conservation methods, Ballard said students can also make a difference by being more conscious about their purchases. 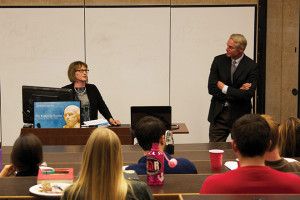