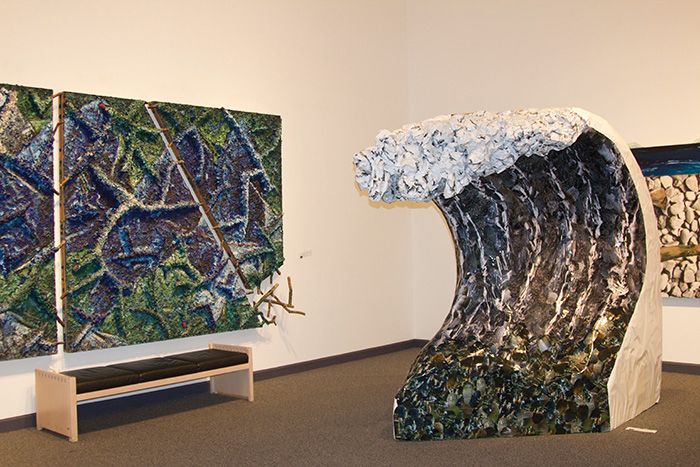 The newest installment to the Frederick R. Weisman Museum is slated to feature art that examines humanity’s environmental impact.

“There are some international artists, but a large majority of the works are California artists,” Museum Director Michael Zakian said. “They deal with our relationship to nature — how we impact nature, how nature impacts us.”

Themes of smog, wildfire, urban development and natural beauty dot the walls in 3-D expressions of the tenuous interactions of humanity and the biosphere.

“This I love,” he said, pointing to a canvas by Ed Ruscha — an artist associated with the Pop Art movement. “The works are very accessible — they’re very thought-provoking. There’s so much cool stuff.”

With bronze-cast leaves cascading the walls and a massive wave made from cutout Kodak prints, the new exhibit is set to open on Tuesday with a reception on Sept. 13.

“I think the exhibition helps us see the world around us in a different way,” Zakian said. “Each artist has their own take, their own vision, their own way of thinking about their world. When you see the art, you’re sharing that. One thing I like so much about this exhibition is just the shared diversity. Even though it’s nature, it’s not just realistic depictions of nature. Artists are giving us things to think about, things to meditate upon.”

The exhibit tries to transcend aesthetics through provocative displays of human destruction and natural disaster. One such structure captures on a slab of glass the height of the water after Hurricane Katrina flooded the artist’s studio and inspired the piece.

“I think that the power of art is that art makes ideas seem tangible,” Zakian said. “We’ve seen photographs of the devastation of Katrina. We’ve read about how high the water is. But when you see that sculpture, that column of water, and it’s right in front of you, you really get a different sense of what it must have been like.”

“I think the interesting thing about art is that even though there’s a message, it’s kind of an open-ended message,” he said. “It’s not like a declarative sentence which makes a single final statement.”

The exhibit coincides with several initiatives to address Pepperdine’s eco-footprint.

“Seaver College received a grant to try to incorporate debate about the climate change to some of the classes, so certain faculty who co-signed on are going to be working with their students on research projects,” Zakian said.

Frederick Weisman, whose name captions the front of the museum, made an initial donation to Pepperdine in 1992, Zakian said. When he passed away, he left a sizable collection of art to the Frederick Weisman Art Foundation, of which Mrs. Weisman is now the Director.

“We worked very closely with [Frederick Weisman’s] widow, Billie. She’s the directer of the art foundation. The fall exhibition from the Weisman collection is always organized by Mrs. Weisman.” 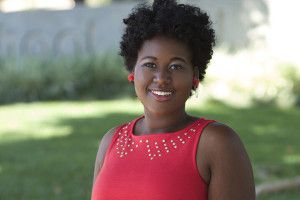 I stepped onto the tarmac at Burbank Airport with adrenaline and anticipation running through my veins. It was the first...
Copyright 2013 Jupiter Premium Magazine Theme
Back to top