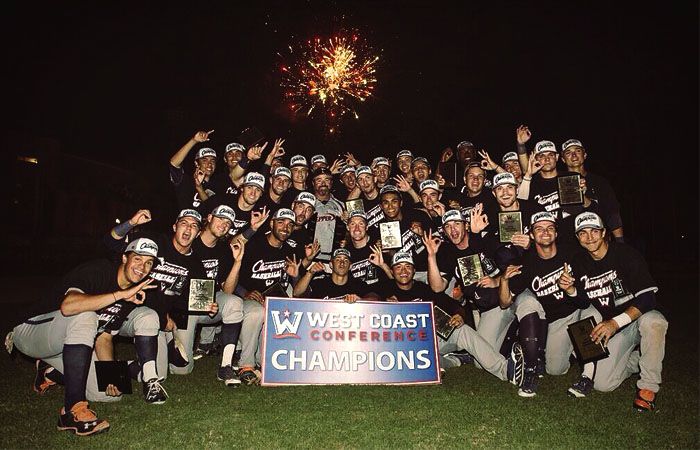 A week after snagging first place in league with an 18-9 WCC record, Pepperdine baseball knocked off rival LMU 6-1 to win the WCC championship on Saturday in Stockton.

LMU posed problems for the Waves during the season, and the Lions hung tough through five innings. But in the sixth, freshman Brandon Caruso smacked a single to center field that allowed sophomore Chris Fornaci to run in for a score.

From there, the Waves never looked back. Two runs in the eighth sealed off the victory that left Pepperdine in a huge dog pile at the end of the tenth inning.

“I have been playing baseball since I was five, and I have never felt anything like that before,” senior Connor Garelick wrote in an email.

“The amount of practice, sacrifice, dedication and focus that this team has put in this year is incredible. The feeling was one of pure joy and excitement for my team because I know that we deserve this.”

The tournament brackets were released on Monday. Pepperdine enters the West Coast NCAA Regionals at No. 3 and will face No. 2 Arizona State University at Cal Poly SLO on May 30 at 1 p.m.

“I really like our chances in this regional,” Head Coach Steve Rodriguez wrote in an email. “We have a lot of confidence going right now, we will be close to home, and the depth of our team is something we have not had in a long time. This team is ready.” 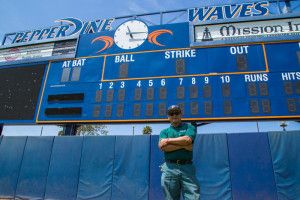 Photos by Alysha Tsuji Tears of pure joy welled up in the eyes of freshman George Alamillo and his father, Ignacio Alamillo,...
Copyright 2013 Jupiter Premium Magazine Theme
Back to top