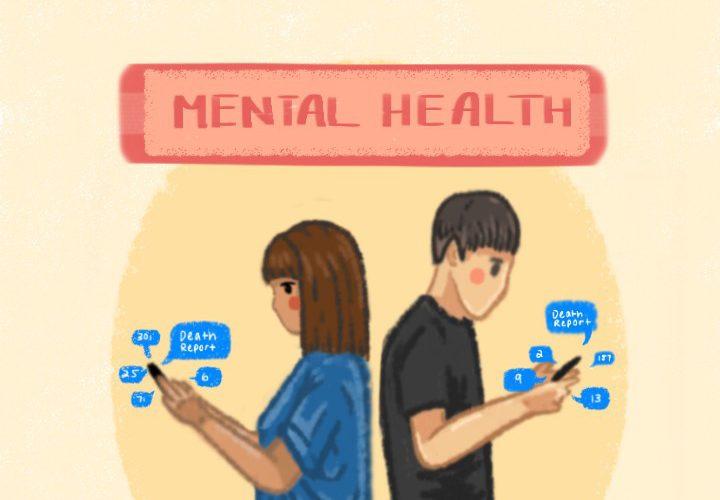 The term “mental health” is frequently thrown around in passing, often attached to a joke, complaint or snide comment. The normalization of this phrase has nothing to do with people not taking it seriously and everything to do with the fact that so many people experience daily hits to their mental health.

Suicide is the second leading cause of death among 10 to 34-year-olds, and rates have increased immensely over the past decade, making students especially affected.

Millennials succeeded in reducing the centuries-old stigma against mental health issues. Now, it is up to Gen Z to demand the extension of mental health services to everyone — not just those who can afford steep therapy prices.

Apart from obvious recent disruptions to mental health — a deadly pandemic, media coverage of never-ending police brutality, unusually hectic political divides — there are countless reasons to explain why access to mental health care is more imperative now than ever.

Gen Z is the most educated generation yet, and therefore receives more opportunities for success than ever before. These choices, however, make the path to happiness challenging to find and loaded with conflicting messages.

Career advisors urge students to pick an enjoyable and rewarding profession, but the astronomical wealth gap in the U.S. illustrates the gravity behind finding a well-paying job. Similarly, individuals are encouraged by some to attend college and grad school in order to score higher salaries, while others label higher education as a scam, pointing to the $1.6 trillion student debt crisis and large amount of struggling graduates.

In today’s America, people are exposed to unnatural volumes of pressure — to be successful, but also to solve the world’s problems.

Thanks to smartphones, most people are instantly notified of global catastrophes, injustices and corruption. With the ability to experience a world of pain in a matter of seconds, individuals are exposed to more hurt than pre-globalization ancestors could ever have imagined. As naturally empathetic beings, humans are primed to feel the weight of these problems.

While navigating this messy and confusing world, symptoms of depression or anxiety might seem like normal reactions to life, and therefore unworthy of treatment. Because of this way of thinking, two-thirds of all cases of depression are undiagnosed. Likewise, a mere 36% of those anxiety disorders — the most common mental illness in the U.S. — get help.

Internalizing these grievances can be dangerous, but unloading worries onto friends and family members is not always possible nor helpful.

Just like people attend yearly checkups from pediatricians or physical care doctors, annual mental health checks should be normalized. This way, people who avoid seeking treatment because they assume their mental struggles are insignificant or inferior to others can be properly diagnosed and helped.

The brain is arguably the most impressive part of the human body, yet it is not awarded the same concern as other body parts such as the throat, stomach or ears. Just like the flu, depression is an illness that is treatable. It would be ridiculous to expect a person showing signs of strep throat to continue with life as normal, but that is how society approaches mental illnesses.

Additionally, the world could be a much safer, happier place if everyone knew how to process their feelings.

In 2018, there were more than two and a half times as many suicides in the United States as there were homicides — 48,344 compared to 18,830, according to the National Institute of Mental Health.

Despite this data, suicide prevention or mental health issues are seldom hot topics among politicians. Crime prevention and immigration control, on the other hand, are frequently discussed. The term “crime” was even among the most frequently mentioned words at this year’s Republican National Convention.

Democratic Presidential nominee, former Vice President Joe Biden, called to redirect some police funding to mental health treatment, although mainstream media and political opponents only commented on this statement as a part of the more prominent debate on defunding police.

If society truly wanted to reduce death, promoting strong mental health could be an ailment to both suicide and criminal killings. A University of California study found that happy youth were less likely to commit crimes and the European Journal of Criminology published evidence that making people happy is the best method of crime prevention. Additionally, while mental illness may increase the likelihood of violence in some individuals, most people with stable mental illness do not present an increased risk of violence, according to an Edgemont Psychiatry Journal.

Luckily, Pepperdine provides free mental health services to students — even this semester while we’re remote. Take advantage of the Counseling Center and its wide range of events and offerings — no stress, worry or feeling is too little.

Be loud on social media about this issue — spreading awareness is the first step to creating change. Then, avoid being a performative activist by taking it a step further.

Email, call or tweet local politicians and urge them to fight for mental health care. In the coming weeks, find a way to safely vote in local and presidential elections. Before filling out the ballot, be sure to research the candidates’ stances on both health care and mental health.

In addition to advocating for more accessible mental health treatment, work on improving society to be more equal, accepting and kind so another 4.1 million Americans will not attempt suicide this year. 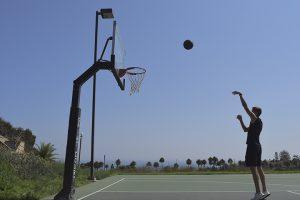 First-year Rocco Cuttone shoots some hoops near the Stotsenberg Track with the gleam of the ocean behind him. Cuttone said...
Copyright 2013 Jupiter Premium Magazine Theme
Back to top