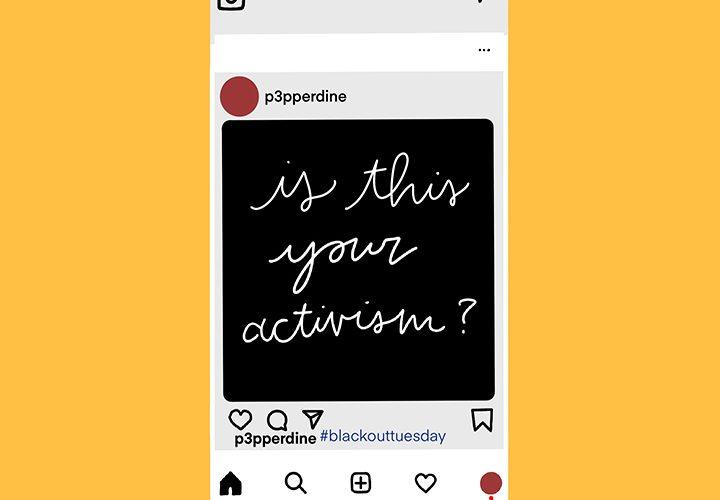 2020 incited performative activism in a way many argue has not been seen in decades. The murder of George Floyd turned countless individuals into activists overnight, but unfortunately, this action ended just as quickly as it began.

Many people only spoke up or shared resources due to a desire to gain approval or avoid disapproval rather than a recognition of responsibility and a subsequent desire to be part of the solution. As global citizens, however, we have a duty to do more than performative activism.

Social media is often more of a highlight reel than real life, so when Instagram became flooded with black squares for Blackout Tuesday on June 2, many questioned people’s intentions. Showing solidarity for the Black community is important, but what effect does a black square actually have the next day, the next week or even the next month?

Police brutality and other forms of injustice are not new, and if you fail to implement your newfound education beyond your Instagram story, you are not a true ally. Long-term action is required for long-term change, so keep moving in the right direction. It is not easy, but it is much easier than a lifetime of experiencing injustice first hand.

Not all members of the Pepperdine community have participated in performative activism, but all must dedicate themselves to being the best allies they can be.

Following President Jim Gash’s initial statement on the death of George Floyd — which students critiqued for many reasons, including its failure to use the word Black — Pepperdine then showed its support by posting a black square on Instagram for Blackout Tuesday. Although the University undoubtedly had positive intentions, silencing social media channels does not make a lasting positive impact.

However, we must also give each other grace, understanding that achieving real change and addressing issues of systemic racism take time. We cannot make progress if we are not willing to make mistakes along the way, so understand that true activism requires vulnerability, humility and understanding. A true ally embraces being corrected because they are always wanting to learn and improve — a true ally isn’t perfect.

Pepperdine took a step toward true activism in a June 8 email addressing racial injustice. It pledged to hire a chief diversity officer, form a presidential action advisory team and strengthen relationships with students; the Graphic staff promises to hold the University accountable to these plans.

Being a true activist means finding what that looks like for you — whether it’s going out to protest, starting your own platform to share stories or activating your own social voice — you can make a difference.

Take action by donating to organizations, signing petitions and volunteering — rather than only reposting links.

Benjamin Franklin once said, “Justice will not be served until those who are unaffected are as outraged as those who are.”

Pepperdine is predominantly composed of white, middle- and upper-class faculty, staff and students — many of whom are not directly affected by racism. If we are to uphold our mission statement as “a Christian university committed to the highest standards of academic excellence and Christian values, where students are strengthened for lives of purpose, service, and leadership,” we must devote ourselves to being agents of change, today and always, regardless of whether we are personally impacted.

This summer we gained awareness, but what about this fall? With the school year beginning, we will be busier, but that is not an excuse to let our steps forward become steps backward. We can’t let awareness be the final destination because the fight for justice is never over. 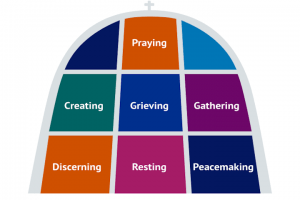 Image from the new interactive "Practicing Faith" resource on the Pepperdine website. Pepperdine students may be losing...
Copyright 2013 Jupiter Premium Magazine Theme
Back to top