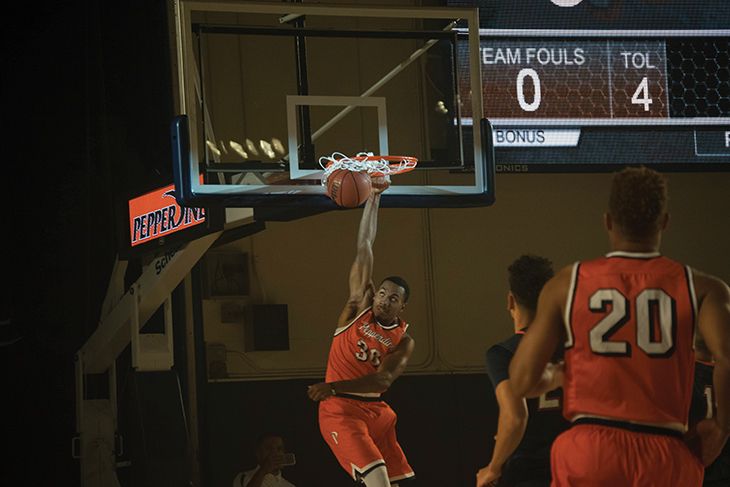 One of my favorite children’s books is Margery Cuyler and David Catrow’s “That’s Good! That’s Bad!” It’s a clever story about a young boy’s comedic, yet somewhat terrifying journey around a zoo. What makes this story memorable is how the narrator plays with the reader’s perspective of what’s actually good or bad: Several moments that appear to doom the boy (i.e. falling into a river full of hippos) actually rescue him, whereas moments that seem helpful are actually problematic (i.e. getting plucked out of said river by an elephant). The book challenges the reader to look at the bright side of things that look bad (and vice versa).

Looking at Pepperdine’s upcoming basketball season is difficult because — like the obstacles in “That’s Bad! That’s Good!” — nothing is exactly as it seems. Even though the Waves lost seniors Stacy Davis and Jett Raines to graduation — who were two top-40 scorers in Pepperdine history — and key role players to career-ending injuries and unexpected transfers, throwing in the towel because of the new-look roster would be a snap judgment.

Yes, Davis and Raines were some of the best, — if not, two of the best — Pepperdine players of the Marty Wilson era. Both forwards were all-WCC award nominees, and both provided their fair share of highlights over the years. It’s easy to argue that without their contributions, Wilson and the Waves wouldn’t have risen in the WCC over the past four seasons.

However, as soon as opposing WCC teams realized Davis was getting better, they unknowingly made Pepperdine a more well-rounded team. Davis was frequently double-teamed during his senior season, which opened up more scoring opportunities for the rest of the team — most notably, for senior forward Lamond Murray Jr. Probably the most impressive part about Davis’ record-breaking senior season was the fact that he did it by posting lower usage percentage and lower scoring averages than his junior seasons. As a junior, Davis averaged 15.7 points per game on a 27.9 usage percentage; as a senior, Davis averaged 15.0 points per game, but with a 23.5 usage percentage, according to sports-reference.com.

After all, 40 minutes of basketball offers a limited number of minutes and scoring opportunities; even though Pepperdine is losing two of its key contributors on both sides of the ball, the points and minutes have to go to someone else this season. The best part? Waves fans already know who will step up in their absences.

Senior forward Lamond Murray, Jr.’s resurgent 2015-16 season and sophomore forward Kameron Edwards’ promising freshman campaign gave an accurate glimpse of the future. Murray Jr.’s breakout season occurred when he committed to playing his all in multiple phases of play — not just his scoring. As a sophomore two seasons ago, he averaged 3.1 rebounds per game; last season as a junior, Murray averaged 5.4, per sports-reference.com. Most of those rebounds were on the defensive end, an area where he struggled as an underclassman.

Not only that, Murray Jr.’s offensive skill set blossomed last season as well. Murray Jr. has always had a knack for the midrange, but his 3-point percentage skyrocketed from a middling 28.6 percent to an impressive 39.2 percent last season. His range made him more effective in transition, which will come in handy when Head Coach Marty Wilson decides to spread the floor this season.

As for sophomore forward Kameron Edwards, Head Coach Marty Wilson said back in August “[Edwards has] gotten a lot better between his freshman and sophomore year and I think he’ll continue [to improve] as we continue to let him work on his game.”

Better yet, when speaking about Edwards’ freshman year, Wilson said he expected the same player who made the WCC all-freshman team to have a much better season than he did.

“I thought he had a great freshman year,” Wilson said. “The scary thing is: I think he could’ve done more. That’s crazy to think, but that shows you what else he has in him.”

For those keeping score at home, the Waves will return arguably the most-improved player in the conference (Murray Jr.), a freshman who “could’ve done more” yet still made the WCC All-Freshman team (Edwards), a backcourt that’s become one of the best in the conference in the past four years (senior guards Jeremy Major and Amadi Udenyi) and two raw, reserve big men who still have three years of eligibility left (redshirt sophomore Nate Gehring and sophomore Ryan Keenan).

But wait, there’s more! Graduate transfer forward Chris Reyes will round out the Waves’ starting five, bringing not only several years of experience from his time on a talented University of Utah team, but also the ability to play effectively on the block and on the perimeter. Even though the Waves will have Reyes for only one season, the team expects Reyes to have an immediate impact on and off the court. Plus — and this is definitely the “glass-half-empty” approach — Reyes’ departure will make room for another scholarship player for next season.

So yes, the new-look roster is different. Yes, watching games without hearing Pepperdine Vice Chancellor (and LA Rams announcer) Sam Lagana roar “Stacy Davis” every so often will take some getting used to. However, that’s all it is: a different look. Fussing over the details is futile because all of the speculation, predictions and (hopefully) worrying will be rendered moot when the season tips off on Friday, Nov. 11.

And like every week, this Friday can’t get here any sooner.