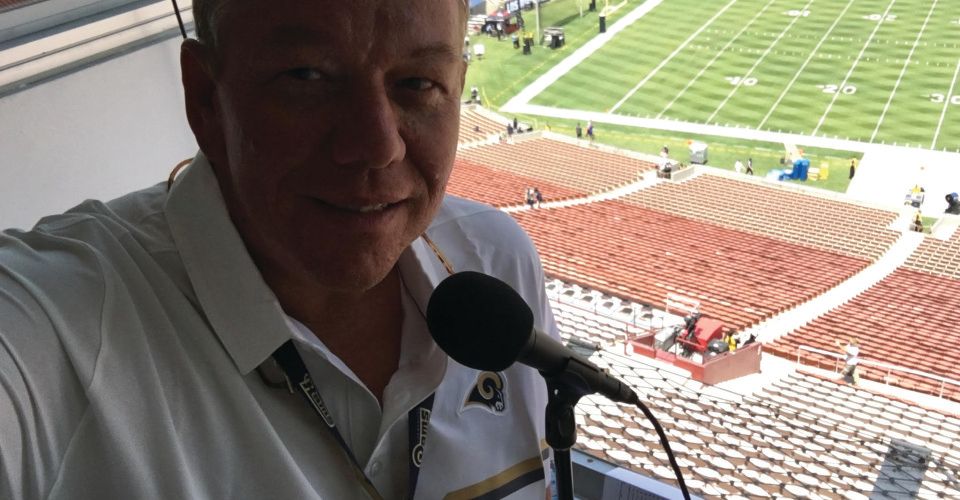 Imagine your childhood team breaks your heart by leaving your city. You think it’s over. Then, triumph. They return 22 years later. And not only do you get to watch your memories come to life again, but that very same team offers you a job as their PA announcer.

Lagana received the job opportunity of a lifetime when he was approached to be the PA announcer for the Los Angeles Rams. Lagana, a native of West LA, said, because of his childhood obsession with the team, he jumped at the offer.

“I’m absolutely a Rams fan,” Lagana said. “I grew up going to games with my dad when I was a little guy — my dad passed away when I was 13 — and I remember going with my neighbor. I even have a Deacon Jones-autographed football. I also remember when the Rams left. Even to go to Anaheim!”

In fact, Lagana’s Rams game experiences were made doubly special, thanks to his childhood best friend who wound up becoming a celebrity. Lagana said that he and his semi-famous buddy were reminiscing on their football trips on social media recently.

“Sidebar here — Russell Jackson, who’s a good childhood friend of mine, who’s on the Food Network now, just sent out a Tweet, ‘Remember when we went to Rams games as a kid?’ Crazy stuff,” Lagana said.

Lagana has been a voice associated with LA sports for a while now, particularly in the professional volleyball circuit, but also broadcasting tennis, college basketball and many other sports. Because of his sterling reputation, the Rams contacted him to audition for a PA spot. Of course, Lagana said recording the lines was a bit tricky.

“Next thing I know, in May, I’ve got an email that asks me if I could record like seven lines and send it to [the Rams]. I sent it back, saying I couldn’t get into a studio to record until Tuesday or so, that guy wrote me back, ‘just record it on your iPhone,'” Lagana said.

Now, with the position clinched, Lagana is ecstatic to be the voice for his hometown NFL squad. He said that part of the thrill was getting to witness professional football in what he believes to be the greatest stadium in American sports (personally, I’d give that title to Lambeau Field or Wrigley Field, but I guess he’s got a good point).

“I think the Los Angeles Memorial Coliseum is the most iconic sports stadium in America. So, when you have a stadium that’s had two Olympic games, hosted the first AFC-NFC Championship game, it’s hosted popes, it’s hosted Billy Graham, it’s hosted John F. Kennedy, it’s hosted some of the most magnificent events in our nation’s history,” Lagana said. “Besides all that, you’ve got a Pepperdine Wave standing at the entrance, in Terry Schroeder!”

Now, one job of the PA announcer is to rile up the crowd, which might not be the easiest task for a team as frustrating as the perennially 7-9 Rams. But Lagana might be perfectly suited for this task, since he’s optimistic about the navy and gold.

“I’m an optimist by nature, I think the Rams are going to do well,” Lagana said on the phone. “You know, you’re talking to me six days after a disappointing loss to the 49ers, but this is the day before an exhilarating win over the Seattle Seahawks! You know, the Rams are undefeated at home…”

Still, there’s one thing above all else that makes Lagana excited for his new job, and it’s not the stadium, or even the team itself. He said it’s how the Rams will help build new bonds among family and friends, just like his childhood experience.

“When I stand out there, even those for those preseason games, and I look out there, and I see these dads with their sons who are coming to a game for the first time, even those dads that are maybe in their 40s and have never been to a game in the Coliseum, you can just see it,” Lagana said. 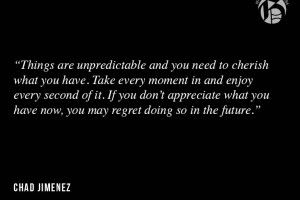 Graphic by Nate Barton I was six years old and recall the TV being on early in the morning. I used to love watching TV when...
Copyright 2013 Jupiter Premium Magazine Theme
Back to top