Justina Huang’s online piece “In the Name of Diversity” is a wonderful encapsulation of the problems Pepperdine has in tackling the nuances of multiculturalism. Pepperdine, so the stereotype suggests (I’m sure we’ve all heard it) is a largely “white” school, and the social implications of this can easily be felt. Looking at the numbers alone, it seems that some progress has been made regarding diversification: Just last year, it was announced that Seaver had reached “50 percent ethnic diversity for the first time ever” (see the Dec. 2013 article, “Diversity Milestone Achieved”). But numbers alone do little to create true cultural pluralism on campus: Such a metamorphosis would require a radical change in student thought.

There seems to be an unspoken consensus among many white Americans that achieving “diversity” equates in some way to (as Huang brilliantly puts it) “Anglo-conformity,” the notion that all peoples, ethnicity notwithstanding, ought to behave in a particular way (the “white” way) in order to be considered normal members of society. Here at Pepperdine, with a student population made up of nearly 50 percent whites, this attitude is present as well.

The truth of the matter, Huang reminds us, is that diversity is never only skin-deep — it is a much more precious thing. For our campus to experience real diversity, we must begin to embrace cultural differences rather than stifle them.

Our educational experience will be that much greater if we as a student body would stop delegitimizing the heritage, traditions and cultural identities of our fellow students. We are bound by our shared identity as Pepperdine students, and by our existence as human beings.

The least we can do is create an environment in which each of our brothers and sisters is comfortable with his/her identity, and expresses it with pride rather than fear. 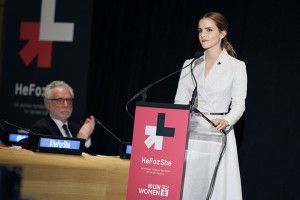