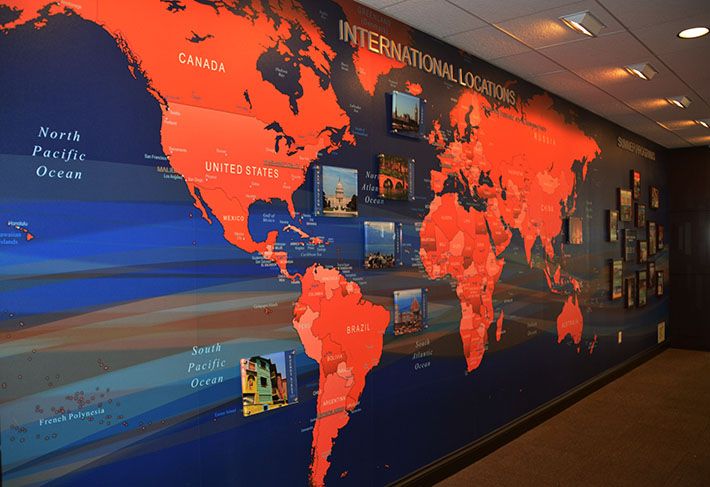 This semester, Pepperdine welcomed 953 incoming freshman students at Seaver College. Yet with growing incoming freshmen classes, one of the biggest questions surrounding the Pepperdine experience is “How does International Programs accommodate this growth?”

“We do our best to accommodate as many students for their first choice, but oftentimes the programs will be a bit lopsided in their applications,” Hall said. “For example, we had 131 applications for Florence, but the program only has 54 beds in the fall and 54 beds in the spring and most of our students study for both semesters. What we do is ask them for their second choice, and we try to get them into other programs.”

Although students can apply to any program as their top choice and list their secondary choice, they can only apply to one program at a time. Despite the growing popularity for International Programs, the office hasn’t considered expanding new programs for the academic year.

“So much of what we thought about now is pretty speculative, so there’s no concrete plan at the moment [for a new location],” Hall said. “Now, the question is what would be the place, and there are lots of opinions on where to have the next program.”

Due to the competitive nature of the programs themselves, it is still very difficult for students to be guaranteed a spot. However, students still have the option to apply for programs in locations that are exclusive as summer programs. Locations such as Australia, Fiji, Middle East and New Zealand are among the few special interest programs that are offered exclusively in the summer.

“We’re European heavy, so we look at locations that are non-European,” Hall said. “That’s why lately you’ve seen Thailand and New Zealand coming up. The Jordan program, we’ve run the last three years because we feel like we need to be in the Middle East and we feel students need to understand that part of the world.”

In terms of new locations, Hall said there have been some criteria in selecting a new program location for the academic year. One criteria is to set up a program in a continent IP isn’t currently on, such as Africa. Another is a more hypothetical criteria: in what part of the world does the IP office want Pepperdine students to know more about? The final main criteria is thinking of where a majority of students would have the most interest in going.

Although new locations are still just speculation, many new ideas for locations come from faculty members.

“Every year, International Programs invites the Seaver faculty to present proposals for some kind of special summer program in a part of the world we’re not in,” Hall said. “We actually lean toward proposals that are different; we don’t want a proposal to a place that we’re already in, such as London.”

Programs that have the highest application rate vary from year to year. According to the IP office, there were a few years in a row where London was the fastest to fill up first since it was the smallest. Lausanne and Heidelberg have also been very competitive programs for admittance.

“Based on what my friends chose, Europe seemed to be a popular destination among them,” freshman Arina Cho said. “I think Pepperdine does a great job of giving students different IP options on where to go, such as Asia (Shanghai) and South America (Buenos Aires).”

Other freshmen support the idea that the IP office should consider new locations to add for the school year.

“I would love to see IP expand to new locations such as Japan, Australia or someplace like Abu Dhabi,” freshman Victoria Wang said. “Having an international program in those locations would be amazing for specific majors and allow students go to new parts of the world.”

The deadline for priority decision has already passed, and applicants for next year’s academic school year have already been notified of their decisions, but applications are still open for Spring and Summer 2018 online at the International Programs’ website.