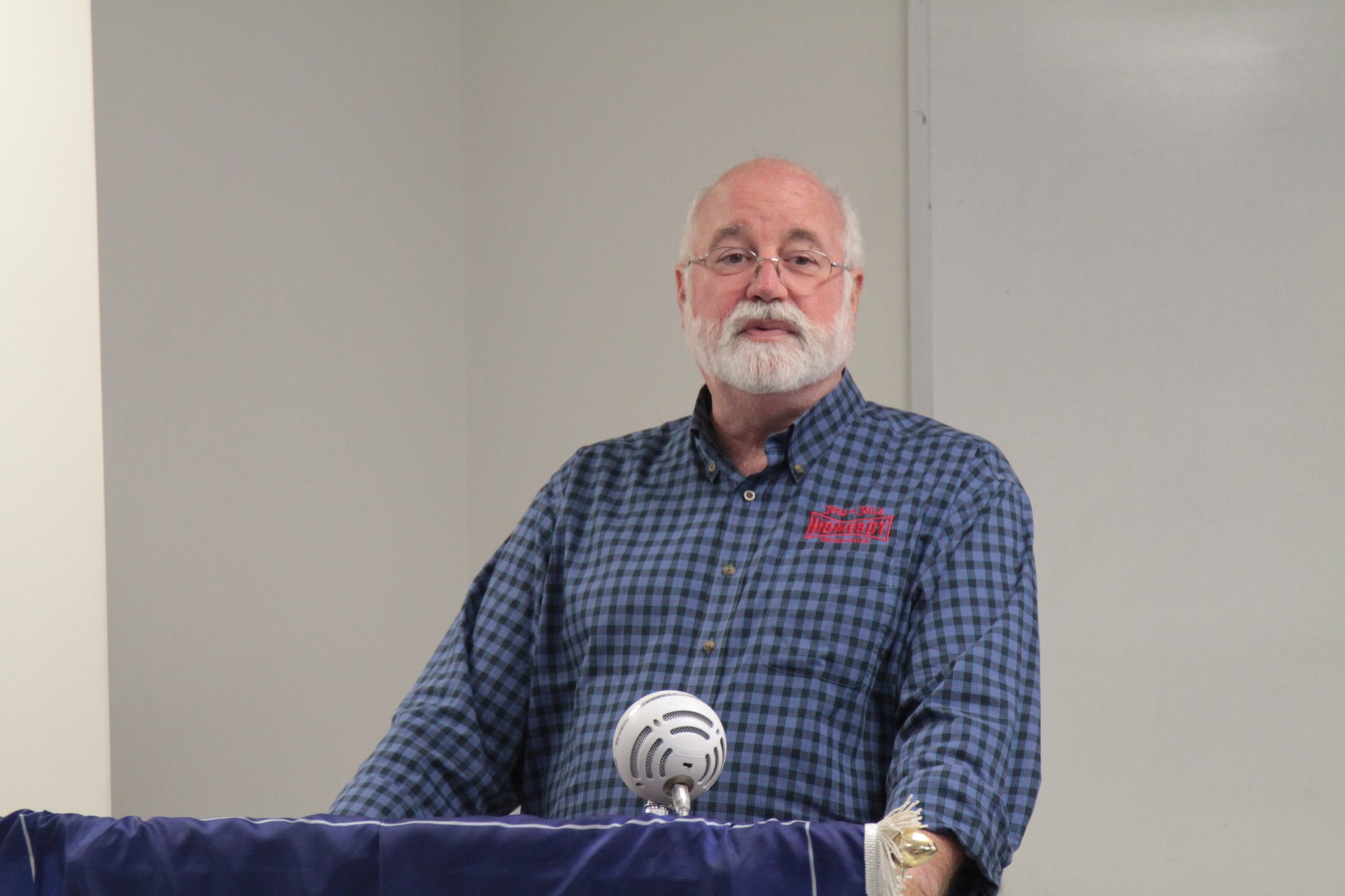 Homeboy Industries works to change the lives of troubled young men and women affiliated with gangs, according to the company’s mission.

“When you look at his record of service, you look at the difference he’s making in the lives of young men and young women,” Feltner said. “There are few people who align with our mission and our values than the record of service he presents and has provided to the world and community.”

This will be the second time Boyle will speak at Pepperdine, having previously spoken at 2016 Pepperdine Bible Lectures.

Rick Gibson, chief marketing officer and vice president for Public Affairs and Church Relations at Pepperdine, said he was able to connect with Boyle through fellow members of the Rotary Club and wanted him to come in to share about the Christian mission.

“We tried to bring in people of faith, church leaders who are engaged with the kind of work that Father Boyle was engaged in, which is some kind of community service around issues of justice,” Gibson said.

Gibson said Boyle’s humanitarian work through Homeboy Industries aligned with the message of the conference with the Pepperdine Bible Lectures.

“What’s so powerful about his story is that there’s no question he’s serving a population of people who are offenders,” Gibson said. “They’ve engaged in activity that is hurtful or even destructive and many have spent time in prison and yet they’re finding the true meaning of the Gospel in Father Boyle’s work in Homeboy Industries and it’s really a great redemption story.”

Pepperdine has worked in partnership with Homeboy Industries for more than a decade, most recently for a campus-wide eWaste drive between the Center for Sustainability and Homeboy Electronics Recycling in March 2018.

Boyle established the nonprofit Homeboy Industries in Los Angeles back in the wake of the 1992 Los Angeles riots to offer an alternative to gang life, according to Harry Saltzgaver of The Grunion. Since, the organization has grown with many social enterprises and services, including Homegirl Cafe and Bakery, Farmers Markets and tattoo removal among others.

Senior Ryan Murphy said he was excited when Boyle was selected as the commencement speaker.

“What he’s done as a humanitarian for the community is very inspiring to me,” Murphy said. “Helping to change the lives of former gang members while spreading the Christian mission is something Pepperdine has emphasized as followers of Christ, so it’s inspiring to see his work.”

“I think that coming into nonprofit sometimes I’m guilty of having this ‘I’m coming to come here and help save people’ [notion] but really being here saved me,” Shafer said. “Every time I walk in here, you just feel the beauty of that.”

Shafer added that her time at Homeboy Industries has helped change the way she sees other people.

[It] broke down so many preconceived notions I had of people and it was a big heart check for myself,” Shafer said. “They [the workers] are basically getting paid to turn their lives around, which is such a cool motto.”

The 2018 commencement ceremony will take place on Saturday, April 28 beginning at 10:30 a.m. on Alumni Park.

To learn more about Homeboy Industries and their mission, click here.

Bryce Hanamoto contributed to the reporting of this article.