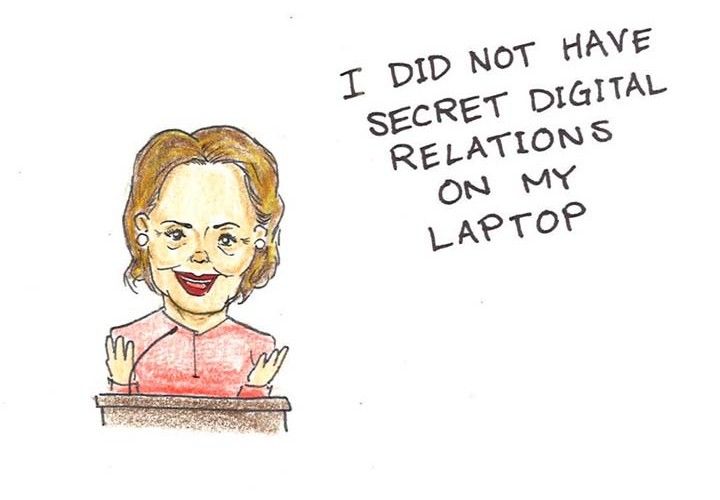 With the primaries coming ever closer, some questions should be posed to one of the main presidential front-runners, Hillary Clinton, who has been one of the most publicly discussed figures of the 2016 presidential race. Last year, she had a rather large lead in the polls, with around a 59 percent approval rating. However, it has been a steady decline from that peak to her current rating of around 41 percent. This gives her only a marginal lead over the rest of the pack. While it’s not uncommon for ratings to level off as we get closer to the primaries, I think there is reason for Clinton to worry.

The cause for Clinton’s recent decline could be tied to a few circumstances, but none more than her less-than-stellar trustworthiness. Regardless of where she was polling in popularity, Clinton has consistently been polling low in public trustworthiness. The question is the following: How can we, the public, place trust in a politician who has used a private email address for government matters, concealed information regarding a deadly terrorist attack and generally not been very forthcoming about herself? On some level, Clinton has gotten away with withholding information about the Benghazi attacks and about her use of personal email. She needs to radically change how she shares information with the public.

Hillary Clinton’s hangups are even more pertinent to me as a college student because I live in a world defined by data. I expect everything to be readily and easily available. At the same time, I live in an age of secrecy, in which I am forced to accept that my government is actively concealing information from me. Part of me wants to forgive Clinton for her email fiasco, but I also have a responsibility to challenge politicians to do more for the people, including increasing transparency.

So as my peers and I prepare to go out and get jobs and begin our adult lives, we begin to look at our political judgments and the impact that they’ll have on us, as well as our future families. Subsequently, we must ask for more of a presidential front-runner out of Clinton. We have to push one another to ask the right questions: Can we really trust her to protect America in the age of terrorism? How do we know that there won’t be another Benghazi situation with her at the helm? These queries might be harsh, but they reflect our reality. While Clinton has gotten away with avoiding these types of questions, we need to challenge her to be more transparent. Forcing her to release her emails is a good start, but we can’t simply be satisfied with solving old errors; we need Clinton to redesign her interactions with the public.

As a Democrat who will be voting in the 2016 election, I need Clinton to give me more before she has my full confidence. And I’m not alone on this. I asked my Independent suitemate, Alex Bonelli, about his thoughts on Clinton. He said, “It’s next to impossible to vote for her with the baggage she carries and also just who she is as a person.” Clearly, Clinton’s baggage is dragging her down, which is further evidenced by her continuing drop in the polls.

I don’t want to bash Hillary unfairly. I’m the first person to say that she has the ability to act as a political moderator between the left and the right on many issues as a politician. I feel that she’s certainly proved to be a potent politician through her constant pushing for international relations, women’s rights and health care among others. But regardless of this prowess, Clinton is reaching that dangerous line where her undeniable successes are trumped by her perceived inauthenticity.

This is the first presidential election in which many young adults in our generation will have the opportunity to vote, and we need to make our first major political decision based on the right method of inquiry. We are the ones who are going to be voting on the leaders of this nation for years to come, and we need to set the tone of demanding transparency from those leaders. Then, and only then, will we begin to see the change for which we’re so desperately grasping. 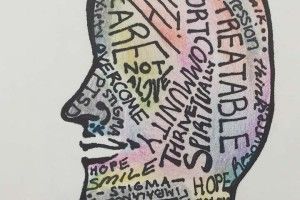 Art by Christine NelsonA mental illness is a condition that impacts a person’s thinking, feeling or mood and may affect...
Copyright 2013 Jupiter Premium Magazine Theme
Back to top