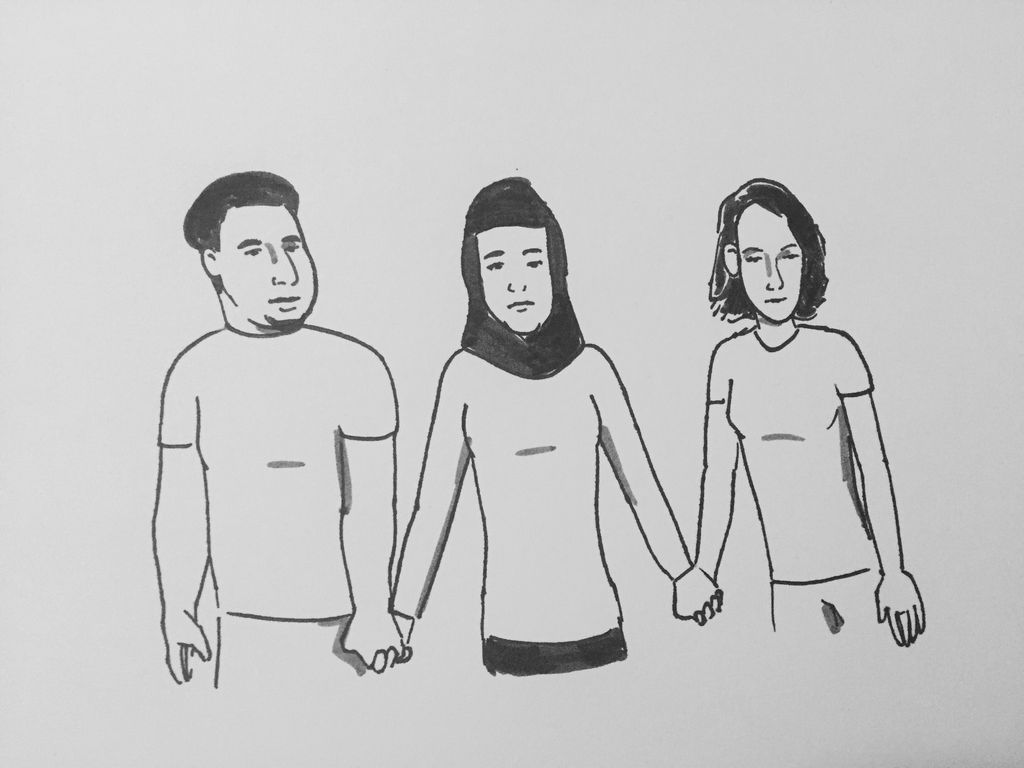 One of the best words to categorize this election for many minorities was fear—fear of President-elect Trump’s policies and fear of his openly xenophobic, racist and homophobic supporters.

It’s difficult to blame them. Just look at the rhetoric Trump pushed forth during this campaign. During the first Presidential Debate, Trump spoke out in favor of stop and frisk, despite the fact that it was ruled unconstitutional due to the fact that it unfairly targeted Black and Latino males.

He infamously called the Mexican people coming over the border drug dealers and rapists. He called for a ban on Muslims entering the country and a ban on immigration “from any nation that has been compromised by terrorism” in a July press briefing. And these are just a couple of examples.

Although many people who voted for Trump wouldn’t categorize themselves as the stereotypical Trump supporter. Hasan Minhaj on “The Daily Show” described it best when he said, “You personally may not be a racist, sexist xenophobe, but that comes with the package … So if you take that deal, what you’re telling me is, ‘Hey, man. I don’t hate you. I just don’t care about you.'” So as revealing the think pieces about being a non-racist Millennial Republican who voted for Trump have been, they really don’t say much. Voting for a platform rather than the person is a brilliant concept, except for the fact that the elected president isn’t a walking platform — it’s a living breathing human being.

The protests that have happened make sense. It’s fear, turned anger, turned to action. In addition, many people who decry these protests forget that after President Barack Obama was elected, there was a backlash as well. There was the life-size likeness of Obama that was hung in the University of Kentucky, a predominantly black church that was torched, and two men who plotted to murder Obama after a series of racially charged killings, just to name a few. And in a plot twist, despite Trump’s current rhetoric against protesters, after President Obama’s second win, Trump tweeted out, “We can’t let this happen. We should march on Washington and stop this travesty.”

The difference is that these current protests are fueled by fear and a desire to be safe, while the other protests were fueled by deep-seated racist sentiments.

And even if Trump scales back some of his promises, it might be too late.

Just look at the U.K. after Brexit. The July 2016 hate crime rate in the U.K. jumped by 42 percent compared to July 2015, according to Caroline Mortimer’s article, “Hate crimes surge by 42% in England and Wales since Brexit result,” published July 8, 2016 in The Independent.

The cases of hate crimes have already started to pour in.

There were the fifth graders chanting “Build a wall!” and the cases of Muslim women attacked for wearing their hijabs, among many others documented in Jeva Lange’s article, “Three Days of Hate In Trump’s America,” published Nov. 11 by The Week.

And then there were the ones that hit closer to home.

A screenshot a friend took of a friend’s status: “This morning while I pumped gas, an older white man I didn’t know shouted at me ‘Donald Trump is president now, baby. Go back to China!'”

Written on a white board an acquaintance’s high school: “Dirty n—–s + towelheads. Go back to your f—–g home!”

And my boyfriend — a brown man from Jackson, Mississippi who after the election asked his parents to stay home because he didn’t know if they’d be OK.

But not all hope is lost because we still have each other. If you’re a White person, you can call out cases of racism around you. We can all donate to and volunteer with organizations like the NAACP, the ACLU and CAIR just to name a few.

It’s one thing not to agree with the policies of a presidential candidate, but it’s an entirely other matter to fear for your own life and safety because that candidate has been elected. For many POC, this election was never about “making America great again,” this election was about “life, liberty, and the pursuit of happiness.” Because if the past week has been any indication, all three are in serious jeopardy.