Art by Vivian Hsia Watch the Graphic publish a story of marginalized groups on campus who raise concerns about diversity at Pepperdine — and leave it up to a select few alumni from decades ago or parents of current students, to comment and paint Pepperdine as being a “great school” and suggest that students “stop complaining.” During the … END_OF_DOCUMENT_TOKEN_TO_BE_REPLACED 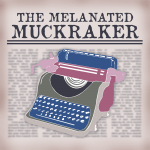 Listen Via Apple Podcasts | Spotify | Soundcloud Welcome two Pepperdine professors to the Melanated Muckracker: Christina Littlefield and Zachary Luben. Littlefield serves a dual appointment in Religion and Journalism, focusing mainly on the history of Christianity while also serving as the adviser of Currents Magazine. Luben is an adjunct professor and a youth and family … END_OF_DOCUMENT_TOKEN_TO_BE_REPLACED 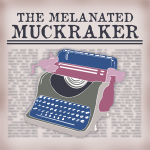 Via Apple Podcasts | Via SoundCloud | Via Spotify The Melanated Muckracker is back this Spring and introduces its newest co-host Celine Foreman and her very own segment called Celine's Corner. Making its returning debut during the end of Black History Month, Celine and Anitiz give ten underappreciated or little known facts about Black History Month, Black History and … END_OF_DOCUMENT_TOKEN_TO_BE_REPLACED

Even though the U.S. is a nation of many diverse backgrounds, the media doesn't always paint the complete picture. Movies, music and other areas of entertainment are heavily white-dominated. POC pop culture icons and stars let others feel included, improve their self-worth and allow them to see themselves in a positive way that the media may not portray. In the Black … END_OF_DOCUMENT_TOKEN_TO_BE_REPLACED

Art by Peau PorotesanoOne of the best words to categorize this election for many minorities was fear—fear of President-elect Trump's policies and fear of his openly xenophobic, racist and homophobic supporters.It's difficult to blame them. Just look at the rhetoric Trump pushed forth during this campaign. During the first Presidential Debate, Trump spoke out in favor of … END_OF_DOCUMENT_TOKEN_TO_BE_REPLACED