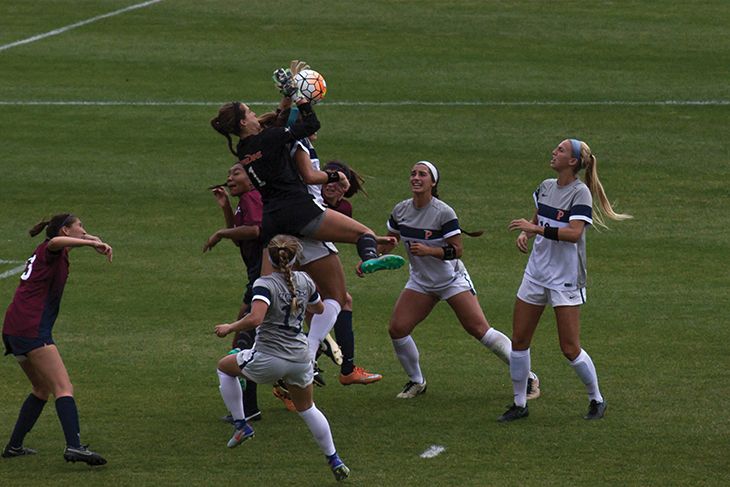 Women’s Soccer dropped their final home game of the season to LMU on Sunday, falling 1-0. It was their first conference loss of the season and brings them to a record of 6-1-1 in the West Coast Conference. The Waves had not lost a game since early September and they hadn’t trailed during a game at all in conference play until Sunday.

The Lions came out strong, scoring the one and only goal of the game at 00:58. The Waves were unable to even the score throughout the following 89 minutes, despite taking numerous shots. The game broke a six-game winning streak for the Waves, who are leading their conference even with the loss.

“We started slow and learned a valuable lesson about playing hard all 90 minutes and not just 89 minutes,” Head Coach Tim Ward wrote in an email.

The Waves outshot the Lions 16-9 and has six shots on goal throughout the game. Senior Rylee Baisden and sophomore Christina Settles both had close shots early in the second half, but Baisden’s hit the post and Settles tipped over the bar by the LMU goalkeeper.

Despite the loss, Seabert solidified her name in program history on Sunday. Her two saves against LMU put her at a career 319 saves, tying recent Hall of Fame inductee Anna Picarelli. She still sits two wins back from South African Olympian Roxanne Barker’s 47 wins, with 45 so far in her career.

The loss to the Lions was the Waves first opportunity to clinch the WCC title and a berth to the NCAA tournament. They will travel to Stockton to face University of the Pacific (1-7-0 in the WCC) for attempt number two at the conference crown.

“[It’s a] big week for us,” Ward wrote, “basically we’re looking at the Pacific game as an NCAA tournament type game. Win you advance, and if not, it’s go home time.”

The Waves last advanced to the NCAA tournament in 2014, when they lost to UCLA in the Sweet Sixteen. That was the eighth trip to the tournament in program history. With a win Saturday in Stockton, the program can add another.

“I truly believe our girls are up for the challenge,” Ward wrote. “This team has incredible character and we have a great opportunity to display it next Saturday.”

Pepperdine takes on Pacific at 1 p.m. on Saturday, hoping to finish the regular season with a win. As of publishing time, the Waves do not know details about their postseason future. 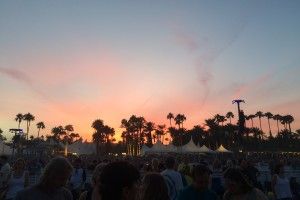