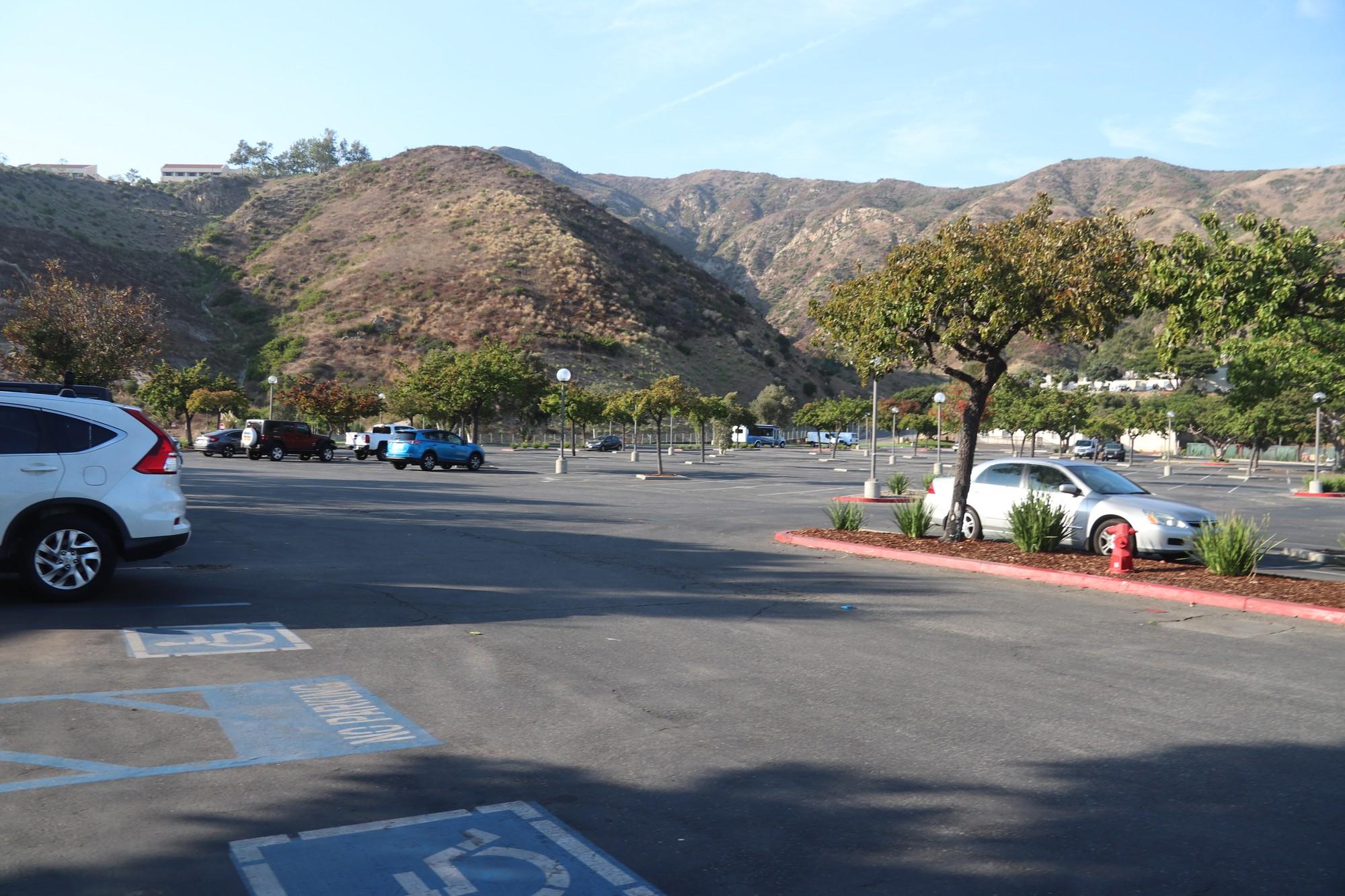 Pepperdine begins the slow climb of building The Mountain on top of the Malibu campus, with smaller construction projects underway, leading to the climax of a new student recreation and event center.

President Jim Gash first shared the vision of an event center on campus shortly after assuming his role as president. August 2019, Gash and his Chief of Staff Danny Dewalt made the first dig in Rho parking lot. Eighteen months later, the project’s projected completion date is within the next decade with minor setbacks due to COVID-19 and funding issues.

“[Pepperdine has] a focus on community, a focus on truth, a focus on service and, particularly on campus, focusing on the quality of student life and quality of community life, this sense of belonging, a sense of connectedness, and The Mountain will have an important influence on that,” Gash said

Why Malibu Needs a Mountain

The Mountain is a long-term vision of the most recent presidents of Pepperdine. President Emeritus Andrew K. Benton pitched an event center in Rho parking lot during his term, but the project only started after Gash took office in 2019. The huge capital project is more than just an extra amenity to add to Pepperdine’s reputation and prestige.

While the Board of Regents approved the project years ago, the Planning, Operations and Construction team helps decide which projects need to be built on campus and collaborates with different departments to best understand the University’s needs, Chief Operations Officer Phil Phillips said.

Like all projects, the Planning, Operations and Construction department worked with various departments such as Student Affairs, Athletics and the Office of the Provost to develop solutions to problems or to brainstorm ways to further initiatives, Phillips said.

A major facet of the Mountain is an indoor sporting arena to replace Firestone Fieldhouse as Pepperdine’s primary Athletics facility for Division 1 Men’s and Women’s Basketball and Volleyball. There will also be locker rooms for the athletes, Gash said.

Similar to Firestone Fieldhouse, many groups will use the Mountain’s arena and could also host other large gatherings like concerts, Gash said.

“Part of what we need to do is create this pulsing campus […] to create an atmosphere where Friday and Saturday night are just as alive as Monday through Thursday night with students interacting with each other,” Gash said.

“The vision remains the same, a central place of student gathering for healthy activities — physically healthy, socially healthy, spiritually healthy, mentally healthy — and really a place for community to be focused with athletic excellence,” Gash said.

Building Blocks for The Mountain

To build a mountain, Pepperdine requires certain elements: steel, dirt, concrete and a lot of cold, hard cash. The University projects the total project to cost $250 million, much of which has yet to be raised, Gash said.

“We have quite a ways to go on that, but we’ve made some progress,” Gash said. “We have raised — I would say — we’ve roughly doubled what we had 18 months ago.”

The Mountain will be largely donor-funded, as most capital projects at Pepperdine are, and the University’s Advancement department is working on finding the right people to help invest in this opportunity, said Lauren Cosentino, vice president for Advancement and chief development officer.

Before truly breaking ground on Rho, Pepperdine must also create additional parking for students, because construction will take two years — and one of those years will take all available parking, Phillips said.

To combat this, the University plans to build a new lot near Seaside Residence Hall by repurposing dirt from Drescher’s overflow dirt hill.

“It’s really an ingenious idea,” Phillips said. “Very sustainable, and the agencies all loved it when we came to them with it.”

Under the University’s COVID-19 Expense Optimization Measures, Pepperdine halted all non-essential capital projects, with a few exceptions for projects already underway, like the Brock House renovation.

“The only construction projects that continued to move forward were things that really couldn’t be stopped, or else that we would spend more money,” Phillips said.

The timeline for completion of all deferred projects remains as originally planned, just postponed, according to a Jan. 11 email from Chief Financial Officer Greg Ramirez.

Though COVID-19 impacted Pepperdine’s finances significantly, the University remains in a solid financial position to “mitigate future disruptions while planning for exciting initiatives” for students, Ramirez wrote. On the donor side, Cosentino said giving has been slower in the midst of the pandemic.

“With COVID-19, clearly, every school has had fundraising setbacks because we’re not able to be out and about with folks, and people give to people,” Cosentino said.

Phillips said the design team continues to work and should have a final design soon, which will then be presented to LA County and the California Coastal Commission.

“As the design phase gets on, we may need to go back to the county to make sure that what we originally got permission for is still good for what we’re planning on doing now, and then really we’ll get into the construction phase,” Gash said.

Campus construction won’t end with the Mountain, Gash said, and he shared hopes for a renovated music building, updated first-year dorms, new scoreboards on the baseball and soccer field and maybe even a permanent International Programs facility in Uganda.

“We’re on our way — we have some large dreams and some potential big asks — but right now, we’ve still got a lot of work to do, and we’re committed to doing that,” Gash said.