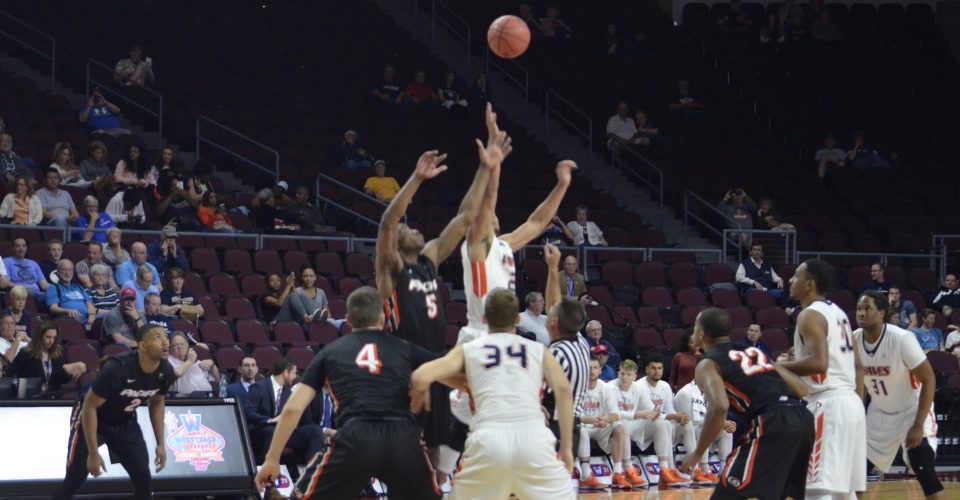 LAS VEGAS, NEVADA — Senior forward Lamond Murray Jr. scored a career-high 41 points and grabbed 10 rebounds, but his jaw-dropping effort wasn’t enough to avoid a loss. The Waves closed out their season with a 89-84 loss against the Pacific Tigers in the West Coast Conference Tournament.

Even though the senior could have reflected on his last (and, undoubtedly his best), monster performance of this season — good for second in WCC Tournament history behind Tim Owens’ 45 points for USF in 1991 — he thought about his fellow seniors shortly after the buzzer ended their college careers.

“It didn’t hit me until we got i the locker room,” Murray said. “I looked at everyone — especially Jeremy [Major] John [Allen] and Amadi [Udenyi] — and I thought ‘Wow, this was the last time I get to be on the basketball court in a competitive way with them.'”

The trio of seniors managed to score scored 62 of Pepperdine’s 84 points, including the Waves’ final 12 points of the season, all without senior forward Chris Reyes, whose loss was apparent in the Waves’ defeat.

“It was a disappointment for Chris Ryes not to finish his only year with us,” Head Coach Marty Wilson said. “But growing up in this game, you can only focus on the things you can control. All the injuries were disappointing and frustrating, but the great thing about our team throughout the year was that they were professional. They came to work every day.”

With depleted starters and a thin bench, the Waves managed to jump out to a 5-0 lead in less than two minutes, thanks to an and-one from Murray and a baseline jumper from freshman forward Nolan Taylor.

But the Tigers responded to Pepperdine’s aggressive start.

“One of our problems this year is that we’ve always started off real slow,” Pacific Head Coach Damon Stoudamire said. “But tonight, we did the right thing, we were able to get a better start than what we were accustomed to.”

Pacific kept pace with the Waves. Led by guard Ray Bowles and forward Anthony Townes, who finished with 26 and 19 points, respectively, the Tigers traded baskets with the Waves throughout the first half. The latter notched his seventh double-double of the season.

“I felt like I contributed to the win by trying to give energy on both ends of the floor and to be the catalyst for rebounding as well,” Townes said. “[I was] just trying to be aggressive inside on the post.”

Stoudamire lauded the sophomore’s performance, and attributed his first WCC Tournament win to Bowles and Townes.

“I asked [Bowles] to do a lot tonight especially when T.J. [Wallace] got in foul trouble,” Stoudamire said. “But he did a great job. He had to guard Murray and I needed to him to score points. And I think [Townes] is a player that’s coming along for us. If there was an award, I feel like he’s the most improved player. He’s become a real vital part of this team. He gives us what he gives us every night, which is almost a double double since he jumped in that starting lineup.”

On paper, the game between the 8-seeded Pepperdine Waves and the 9-seeded Pacific Tigers looked close. To wit: The game 19 lead changes and no team led by more than eight points. Both programs were at the bottom of the West Coast Conference standings with 5 and 4 wins respectively, and the Tigers were only favored to win by five points (which they eventually did).

The Tigers will play tomorrow vs. top-seeded Gonzaga at 7 p.m.

As for the Waves, their season is over with a 9-22 record. The aforementioned seniors Murray Jr. and Major finished in the top 30 in scoring in Pepperdine history. Murray Jr.’s 1,490 points are 12th all-time, and his 662 points this season are the sixth-most in school history.

Major leaves Malibu as the school’s assist leader with 494. The senior from Pasadena is 28th in scoring with 1,236 points, and is on the fifth all-time in steals with 153.

Tough loss for the Waves. Murray Jr. closes his career at @PeppBasketball with 41 Pt. game. Thank you seniors for your efforts! 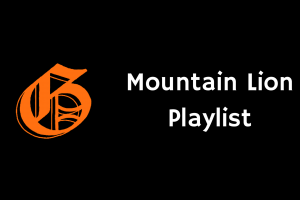 Graphic Courtesy of Chad Jimenez After numerous mountain lion sightings on campus this semester, perhaps you have had some...
Copyright 2013 Jupiter Premium Magazine Theme
Back to top