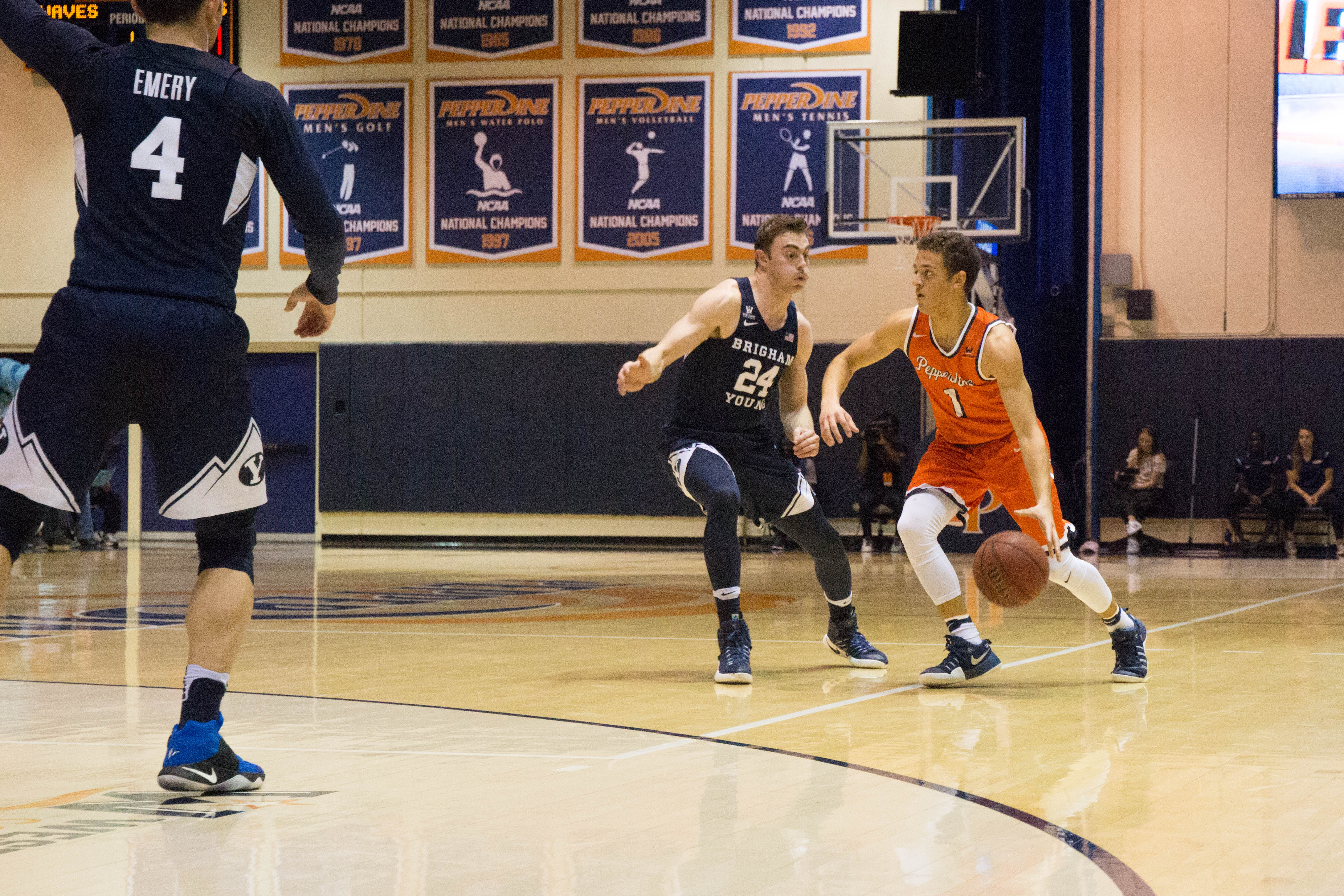 With a 30-point effort on Thursday night against BYU, Murray recorded his 14th straight double-digit scoring performance, including his third 30-point outing of the season. The West Coast Conference’s leading scorer went 10-for-20 from the field while making all 10 of his free throws in 37 minutes of play.

.@lamondmurrayjr, the WCC’s top scorer, finished with 30 points, his third time this season and fourth of his career with 30 or more.

For Murray, it’s quite the time-traveling trip to find the last game he did not score double digits: a 9-point output against Louisiana-Lafayette back on Dec. 20. Since then, he has averaged 22.0 points-per-game while hitting the 30-point mark twice within the stretch (he now has four total in his career). It was also the ninth time in the last 10 games he has scored at least 20 points. It is indeed a very impressive feat, as the Los Angeles native has proven himself as THE bonafide scoring machine in the entire conference.

As the Waves continue to keep things rolling with two straight wins in standings, they are going to need Lamond Murray Jr. to stay hot and continue his remarkable scoring streak if they hope to end the season on a high note, especially if they want to make some noise in the 2017 WCC Tournament.

BYU fans outnumber Pepperdine fans at Firestone, as expected. Not much of a turnout from Pepperdine students, but 2 minutes until tip.

What happened? Who was playing last night? And what did they do with the Waves broken-down culture of iso-ball and individual spotlight?

The Waves played with team buy-in. The fluidity with which they passed and moved was a spectacle to behold. The unity and positivity was palpable. Five players scored 14 points or more.

Senior forward Chris Reyes had his eighth double-double of the season. Freshman guard Elijah Lee found his groove knocking down jumpers. Freshman forward Nolan Taylor contributed 15 points and 5 rebounds, continuing his integral presence in the paint. The aforementioned Murray Jr. had a quiet 30-point outing, resulting from quality open looks primarily from within ten feet of the hoop. And Major’s confident shooting was capped with the dirtiest of step back 3’s, leaving BYU T.J. Haws in need of early-onset ankle-replacements.

Undoubtedly, the Waves shot the ball extremely well, but this was largely a result of the quality of shots they took. They resisted the urge to yack up 3’s five seconds into the shot clock, and created quality scoring opportunities. They ran patient offense. They shared the ball. They played together.

May this be the first of many nights where the team takes precedent over the individual. May this brand of basketball become entrenched in the DNA of the program’s culture. May this be the beginning of a new era.

BYU getting embarrassed by Pepperdine and what looks like a 3A high school girls team crowd on ESPN. Nice.

Clearly Pepperdine looks like a 5A school. Attendance suggests that the fans thought it was a women’s game scheduled.

I went to high school in a town of 35k people, and our gym was easily twice as big as Pepperdine’s. And yet the Waves own BYU in Malibu.

The jury is still out, folks.

From this point forward, Pepperdine will have to play spoiler for the rest of the season. The Waves have a 4-9 record in WCC play with five games left — three of which are on the road (at USD, Santa Clara and LMU). The good news? Pepperdine plays two top-tier teams — second-place Saint Mary’s and third-place USF — at home.

Of course, the ultimate troll move would be to sweep the rest of the season, which would include beating No. 20 Saint Mary’s for the Waves’ first win over a ranked team since beating No. 20 Wisconsin on Nov. 28 2004. No big deal.

But let’s not get too far ahead of ourselves. Tonight was just one upset.

In a night full of upsets in the West Coast Conference, BYU’s loss was the most critical blow. The loss to Pepperdine caused the Cougars to not only fall out of the “big three,” but also put their postseason hopes on life support. The Cougars will have to run the table in Vegas to make it into the NCAA Tournament. Even the NIT looks out of reach if they don’t right the ship soon.

Ninth-place Pacific upset USD, which brought them out of a tie for last with Portland, who lost to Saint Mary’s. USF blew out third-place Santa Clara to swapped places with them in the standings. For the record: There are five games left in conference play.

Although LMU’s 30-point loss to Gonzaga wasn’t an upset, it’s still worth mentioning; The loss made the Lions slip in a three-way tie for sixth between USD and Pepperdine.

Unfortunately for the conference — but fortunately for mid-major basketball degenerates everywhere — the race to get out of the bottom four seeds in the WCC Tournament might be closer than the race for the regular-season title (at this point, it’s Gonzaga’s to lose, which is highly unlikely). The bottom five teams are fighting to get out of the bottom four seeds and avoid playing an extra game in the WCC Tournament. The fact that either an underachieving LMU squad, a USD team that scored 27 against Saint Mary’s, or even Pepperdine will avoid a first-round play-in game is beyond me. Alas, this is the state of the conference this year.

There’s no time like the present for the Waves. Even though they dropped some winnable games early in conference play, at least they look like they’re finishing strong.

Deal With It — Arthur Puu