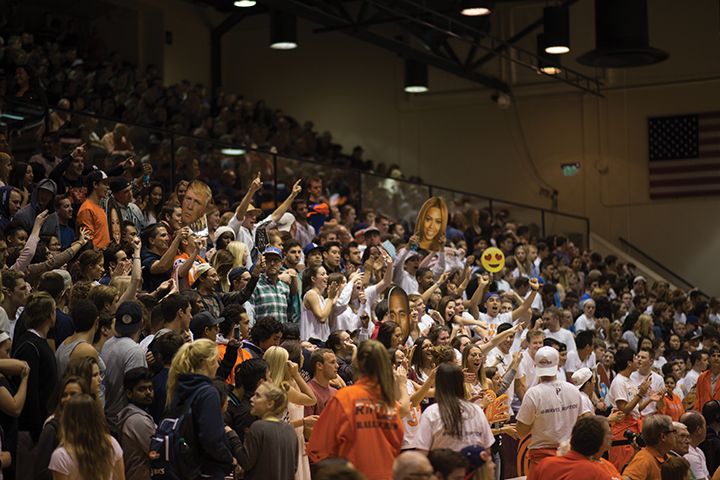 In a highly anticipated matchup for the Pepperdine Waves men’s basketball team, who played in front of a crowd of 3,250 in Firestone Fieldhouse, the team looked to upset the nation’s No. 3 ranked team, the Gonzaga Bulldogs. The Waves finished the game shooting 51 percent for the game after hot shooting in the second half, but could not come out with the victory in a tough matchup Thursday night against No. 3 Gonzaga, falling 78-76. With the loss, the Waves dropped to 11-6 overall and 4-2 in the West Coast Conference. Junior forward Stacy Davis came off the bench and scored 20 of his 21 points for the Pepperdine Waves in the second half to help lead the team’s rally late in the second half.

“The team played really aggressive offensively and defensively in the second half, but unfortunately we couldn’t get the win,” Davis said. “With a statement win against BYU on the road a week ago, we really wanted to prove ourselves tonight in the West Coast Conference.”

Pepperdine, coming off two consecutive road wins at BYU and San Diego, entered the game on a three-game win streak with the best start in league play since 2002, when they went 4-1.

With heavy traffic on PCH, the Gonzaga Bulldogs arrived just 25 minutes before the scheduled tip-off.

Despite the delayed tip-off, freshman guard Shawn Olden and junior forward Jett Raines started the Waves’ offense early by scoring the team’s first 9 of 11 points. Following the first media timeout, Gonzaga jumped to a 16-3 run, increasing their lead 19-34 with five minutes left to play in the first half. However, the Waves responded with a small 10-4 run of their own, cutting the Gonzaga lead to 31-40 at halftime.

With the Waves trailing at halftime, Head Coach Marty Wilson encouraged the team to keep their heads up.

“The team defense needs to work to trap the paint and prevent easy baskets,” Wilson told the team after Pepperdine allowed Gonzaga to shoot 70 percent from the floor in the first half. Wilson also motivated his players to “play with more energy and aggressiveness and force the Bulldogs to play differently.”

With Wilson’s message in mind, the Waves came out of halftime strong, shooting at a scorching 75 percent from the field by going on a quick 11-0 run triggered by Jett Raines, who scored a game-high 22 points. With the raucous crowd behind them, the Waves kept the game close, playing feisty defense against Gonzaga.
Pepperdine closed Gonzaga’s lead to 69-68 after a quick layup from Davis, taking advantage of a missed layup by Gonzaga’s Kyle Wiltjer. Pepperdine was able to get to the basket with its post play after Gonzaga’s 7-foot, center Przemek Karnowski received his fourth foul.

Things stayed intense late in the game as the teams traded free throws on both sides. After Gonzaga’s Kevin Pangos missed two free throws late in the game, Pepperdine had the chance to tie the ball game in the final two seconds. Sophomore guard Jeremy Major went to the free throw line, where he made the first and intentionally missed the second in hopes of getting an offense rebound to get a quick basket to tie the game, but Gonzaga controlled the rebound as time expired.
The crowd present at Thursday night’s game was the largest at Firestone Fieldhouse all season, constantly on its feet cheering on the team. Davis thanked the fans for their support and added that “having the gym packed like that was insane.” He also hoped the fans realize that the team is “not a team to sleep on” and “some great entertainment in Malibu.”

Following the tough loss, Wilson said he hoped to “minimize their offensive and defensive mistakes” and “adjust according to the game-plan” against the Portland Pilots on Jan. 17. The Waves then bounced back from the tough loss as they edged out the Pilots 67-63 to bring the previous momentum back into swing. 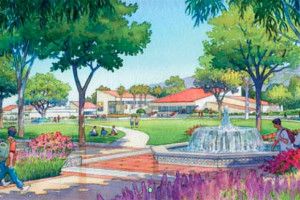 Photos courtesy Pepperdine University After the donation of more than $470 million to Pepperdine, the money is part of dramatic...
Copyright 2013 Jupiter Premium Magazine Theme
Back to top