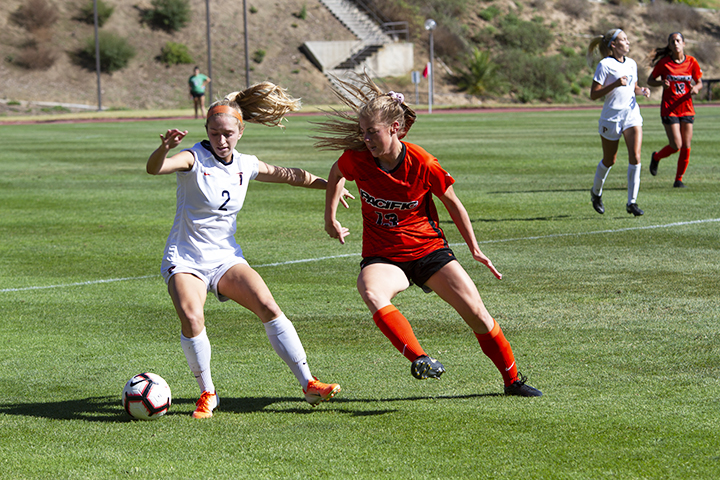 In a roller coaster of a week for Pepperdine Women’s Soccer, they finished their third game in seven days with a promising home victory.

Four days after Pepperdine lost to Santa Clara after going up 3-0 in the second half, they regrouped and had a convincing performance versus Pacific while jumping to No. 2 in West Coast Conference Standings.

On a warm, 82-degree day, the Pepperdine offense came out firing. In just the seventh minute, junior forward Devyn Gilfoy received a pass from redshirt freshman midfielder Olivia Packer toward the right side of the opposing goal. Gilfoy spun and put it through for her third goal of the season.

Injuries and a diagnosis in the offseason have plagued Gilfoy’s Pepperdine career. Her freshman year, she had two surgeries that repaired her ACL, MCL and meniscus. The injury resulted in her missing not just her entire freshman campaign but half of her sophomore year as well.

In the offseason, Gilfoy was diagnosed with an autoimmune disorder called ulcerative colitis, a chronic inflammatory bowel disease. Despite the disorder being another setback, Gilfoy said she is excited to finally be back on the field.

“Junior year was supposed to be a big breakout season,” Gilfoy said. “This has been the hardest thing that I’ve ever had to go through with a ton of medication and hospital visits. I feel like I’m finally on the up and up.”

In the 28th minute, sophomore defender Trinity Watson teed up a corner kick attempt. Gilfoy got under the ball and headed it to the Pacific goalkeeper, who deflected the ball straight to Joelle Anderson, who chipped a right-footer to the back of the net.

It was Anderson’s second goal of the week following her crazy spin and triple team-beating score versus Santa Clara.

Head Coach Tim Ward said he was pleased with his team’s offensive performance on the day.

“I loved so much of what was happening out there,” Ward said. “The ball movement, the confidence and the positivity. A lot of those moves were rewarded with goals. To get the 4-0 was such a great response after Wednesday’s game.”

The Waves started the half up 2-0 but didn’t take their foot off of the gas pedal.

They followed up their 14 shot attempts in the first half with a staggering 16 in the second. Their two scores in the second half came late in the game off of crucial mistakes by Pacific.

Just two minutes later, Joelle Anderson sent a corner kick from the right side of the field to a waiting Madi Cook, who out-jumped the Tiger defense and had a powerful header to score the fourth and final goal of the game.

Despite the scoring barrage for the Waves, it was the defense that was the most impressive unit on the day. The Tigers generated two shots on goal the entire game. Sophomore defender Izzy Nelson, the ringleader of the Pepperdine backline, said her team executed the game plan that has worked for most of the season.

“We’re at our best when we keep the ball, and that’s exactly what we did today,” Nelson said. “We try to be patient with it around the back and just swing the ball, not letting things open up against whoever we’re playing.”

Despite the tough loss earlier in the week, Ward said his team is still motivated for what the rest of the season may hold.

“We know how important these games are,” Ward said. “If we want to go to the NCAA Tournament, we have to win out. Had the Santa Clara game gone our way, then we might have had more wiggle room to not be perfect. But after we did lose, we have to be perfect, and they fully get that. It’s preparation for us in the short term and long term.”

Pepperdine has three conference opponents remaining before the end of the regular season. They travel to San Diego on Friday to face off against USD Toreros, currently No. 7 in WCC standings.

“If we want to be a team that plays in the tournament, we have to learn how to play under pressure,” Ward said. “These next three games are pressure games. There are a lot of teams in the country that don’t have anything to play for. We’re one of the few that still have hope.” 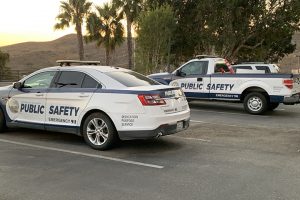