The Return Brings Together IP Alumni and First-Year Students 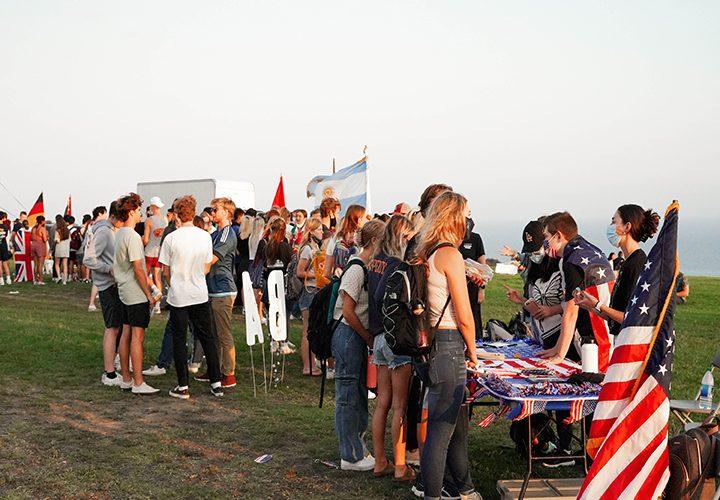 International Programs alumni who studied abroad in the 2019-20 academic year tell their experiences to first-year students at the Return on Alumni Park. The Return involved food, a tug-o-war competition, videos from abroad and a raffle for an IP scholarship. Photos by Dane Bruhahn

Senior Blake Farley said he had the best weekend in Jan. 2020, when he and his friends trailed through the snowy Alps in Lausanne to the mountain peaks called Glacier 3000. There, they took ski lifts to the top of the mountains, walked on a bridge between peaks and visited Gstaad for some hot chocolate.

This is one of the many stories International Program alumni — who studied abroad during the 2019-21 academic year and summer of 2019 — shared with first-year students at the Return on Alumni Park on Sept. 7.

“It’s been amazing that Pepperdine creates community through International Programs in this special way,” Farley said. “We had half of our group of over 80 students show up tonight two years later, and that’s just the kind of experience that you don’t get anywhere else, and it’s been so good to reunite and relive these memories but also to help send the next generation of Pepperdine students abroad.” 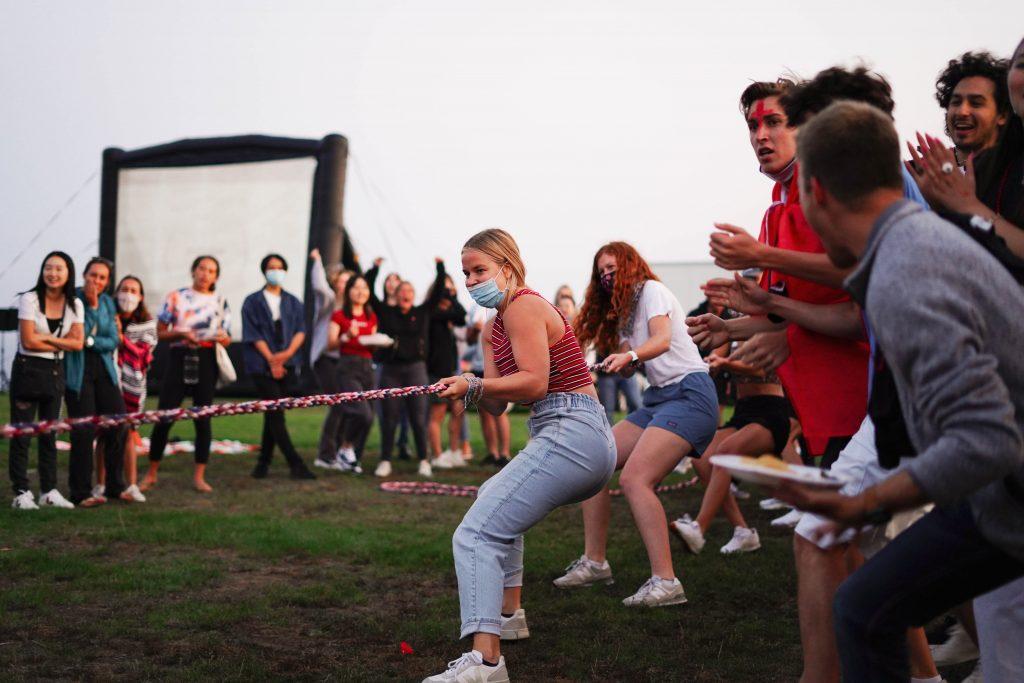 Lausanne program alumni compete in the tug-o-war at the Return as students cheer on. The competition and the Return itself brought together many members of the Class of 2022, who studied abroad their sophomore year and whose programs were cut short due to the COVID-19 pandemic.

Similar to previous years, the Return involved food, a tug-o-war Competition between IP alumni and videos from each International Program showcasing the students’ time abroad.

In the battle for the cup, Heidelberg and Lausanne went head-to-head as finalists in the tug-o-war competition. The Lausanne program ultimately won the battle, continuing their winning streak from the last Return in 2019. 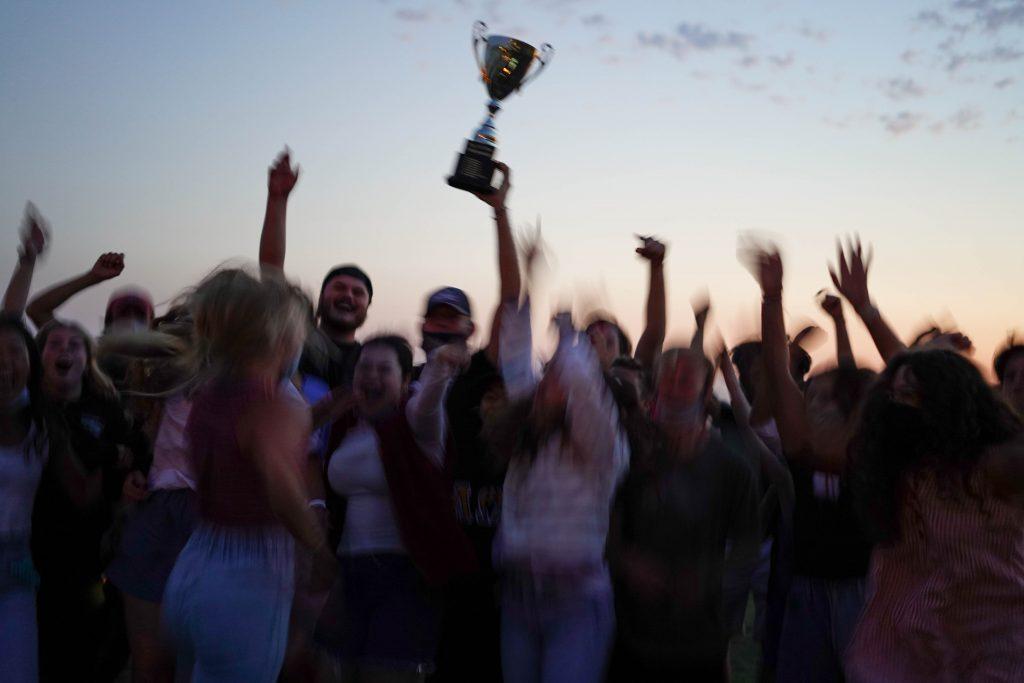 Lausanne program alumni from the 2019-20 academic year celebrate their championship status after winning the tug-o-war. This is the second-consecutive year the Lausanne program has taken home the trophy.

The Florence program also celebrated winning the title of favorite booth and $500 of program activity funding. First-year students voted on their favorite International Program booth to enter into a raffle for a $1,000 IP scholarship.

Greg Muger, director of the Malibu office at International Programs, said with the first-year class being the largest class Pepperdine has had, preparation for this year’s Return involved making sure there would be enough food and more check-in lines.

First-year students at the Return said they felt the excitement from IP alumni in anticipation of applying to experience their own study abroad program.

“I think it’s so cool how much everyone loves everywhere they went and how much they want to talk about it, and they literally just loved it,” first-year Kylie Kowalski said. “It makes me a lot less nervous than I was before.”

First-year Hannah Schendel said she also found the Return beneficial, as it allowed her figure out one of her top choice International Programs, Lausanne.

“Hearing about their experiences first hand has helped me so much, because before, I just read about it or heard about it from one person,” Schendel said.

Farley said he is excited to be “on the other side” of the Return because of how much going to Lausanne meant to him. Farley looks forward to more Pepperdine students being able to learn and grow at their study abroad experience like he did.

Farley was an academic year participant his sophomore year, and he was also one of the Resident Advisors of the program. He said he had never been out of the United States before his experience with IP.

Although the Return was mainly for first-year students and IP alumni, some sophomores and juniors also attended. The junior class was unable to study abroad during the 2020-21 academic year because of the COVID-19 pandemic; however, Return attendee and junior Daniel Moreno said he is considering applying to a summer program in 2022.

“Even though I wasn’t able to go abroad my sophomore year, I’m excited to see all the freshmen get to see the different programs and make the decision, as well as see all the students who were at those programs compete and have fun,” Moreno said. 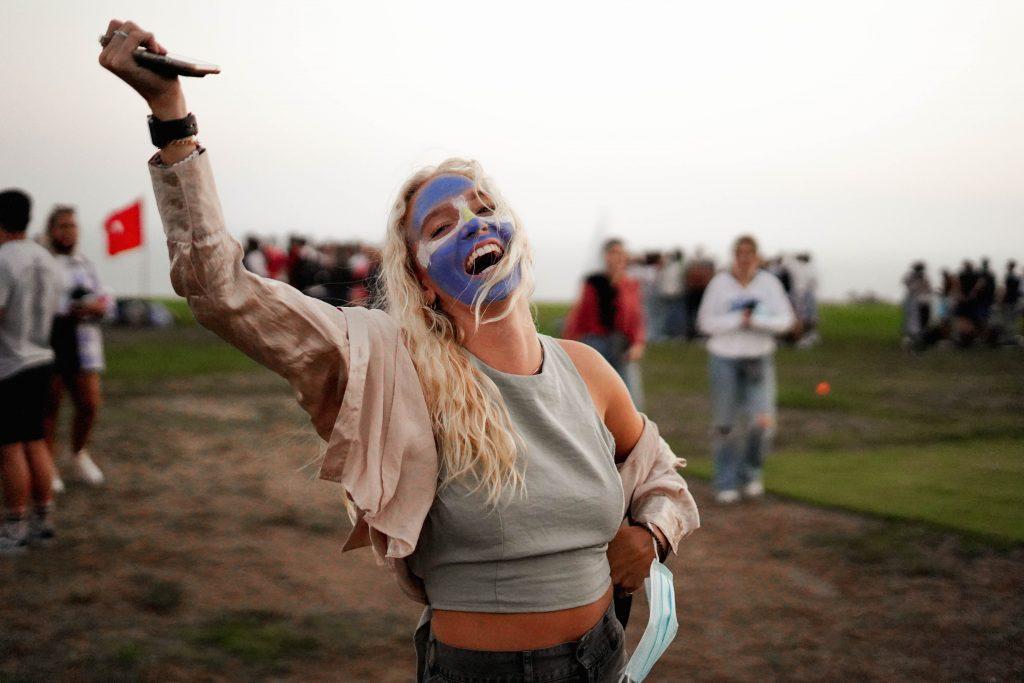 Sophomore Courtney Wisniewski smiles at the camera with her face painted with the Argentine flag. Although the Return was mainly for first-year students and IP alumni, some sophomores and juniors also attended the event in support.

The last time IP alumni were physically together was in 2020, when they had limited time to say their goodbyes before heading to their respective homes. After many months apart, Muger said it is good to see everyone connecting again.

“Being in a position where I have not been giving great news to students over the last 18 months, this [the Return] is like — this is why I’m here,” Muger said. “It’s really filling for the soul.”

At the Return, IP did not have a booth for the recently closed Shanghai program; however, they did show the video of the Shanghai 2019-20 academic year program for the IP alumni.

Shanghai program alumna and senior Karen Yoon said it felt a bit awkward and sad to be at the Return since they didn’t have a booth and Pepperdine closed the program. Some Shanghai alumni did stay until the end of the event to watch their program video.

Muger said going across borders and developing relationships with others has the potential to transform individuals, and during a time when people haven’t been able to freely do so, he believes there’s even more significance placed on taking the opportunity to travel abroad.

“It’s all the more important right now just to get out there, and we’re sending students there now,” Muger said. “We’re gonna continue to send students and we’re not stopping, and we’re just waiting for the demand to come in. We’re ready to send as many students as we can in summer, so we’re just all geared up.”

The applications for academic year 2022-23 and summer 2022 programs are open for students to apply, with a priority deadline of Sept. 27. 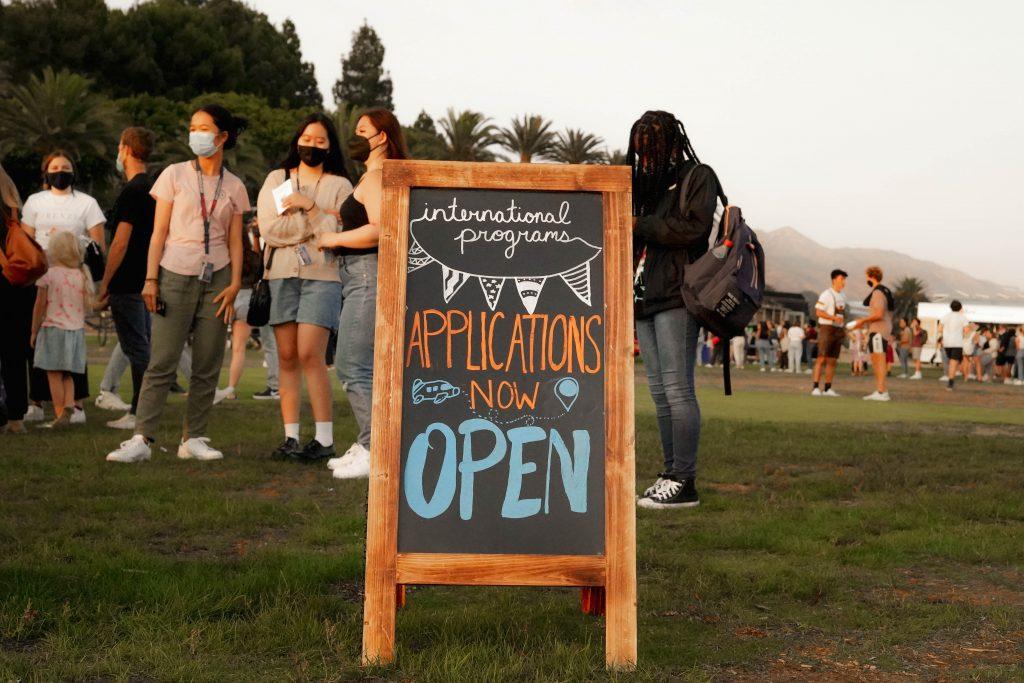 A sign at the Return on Alumni Park reads "Applications Now Open." Applications for academic year 2022-23 and summer 2022 programs have a priority deadline of Sept. 27.

The Fine Print: The Challenges of Living On Campus at Pepperdine 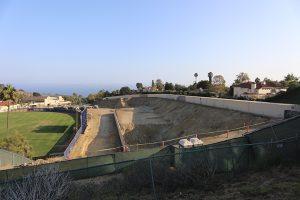 Construction is underway on the new parking lots next to John Tyler Drive. The project launched in August and will expand...
Copyright 2013 Jupiter Premium Magazine Theme
Back to top