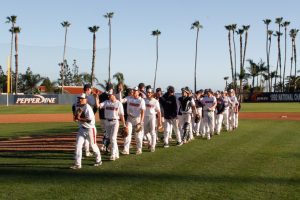 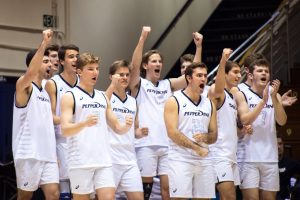 Photos Courtesy of Milan LoiaconoPepperdine Men's Volleyball continued to build on early season success Wednesday with a victory in four sets versus California State University Northridge. The Waves entered the game with a record of 5-2 on the season while the Matadors were at 5-4. Every set was competitive and the Waves stuck to the their consistent formula of getting the ball … END_OF_DOCUMENT_TOKEN_TO_BE_REPLACED 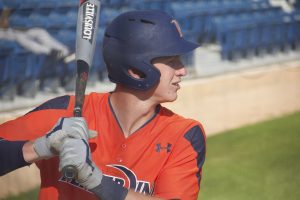 Photos by Joanna Cabalquinto Pepperdine Baseball fell to Cal State Northridge, 10-4 on Tuesday, April 3. The loss to CSUN dropped Pepperdine to an overall record of 12-15 and a home record of 7-7. Although the Waves didn’t have their best offensive game, junior outfielder Cory Wills and freshman infielder Billy Cook each went 2-for-4 which accounted for four of the five … END_OF_DOCUMENT_TOKEN_TO_BE_REPLACED 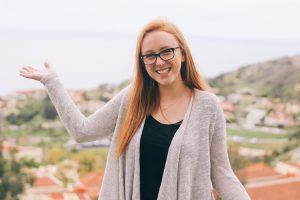 Photos by Kristin Vartan and Family Photos via Kelly Sullenberger Then 14-year-old Kelly Sullenberger was in Leadership class when her mom called her out of school. But the reason was not for a planned “dentist appointment, or whatever reason your parents pick you up from school early,” Sullenberger said. “She picked me up, I got into the car and the first thing she said … END_OF_DOCUMENT_TOKEN_TO_BE_REPLACED 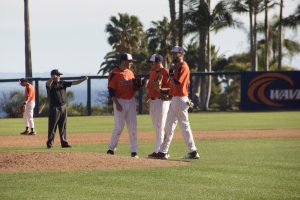 Photos by Arthur Puu Pepperdine Baseball secured a big home-away series win over Cal State Northridge with a 6-1 victory Friday, March 9, and a 3-2 victory Sunday, in the first game of a doubleheader. The Waves were denied the sweep, as the Matadors took the second game of the doubleheader, 8-4. The Waves are now 7-9 overall after this series, including a 4-5 record at … END_OF_DOCUMENT_TOKEN_TO_BE_REPLACED