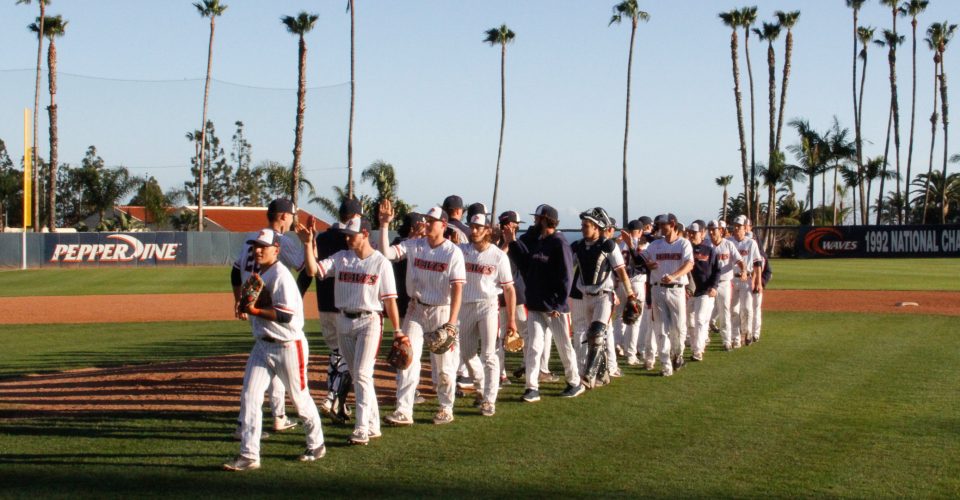 It certainly wasn’t pretty, but Pepperdine baseball won their third and fourth consecutive games Tuesday, March 19 and Wednesday, March 20 behind strong hitting displays. The Waves then took two of three games from Gonzaga in a crucial weekend series.

“It was ugly,” Head Coach Rick Hirtensteiner said of the Minnesota game. “We fortunately did come away with a win. It’s a good lesson that the game is never over until you get that last out in the ninth.”

After winning two of three on the road against the University of San Diego to open West Coast Conference (WCC) play, the Waves’ bats had momentum going into the five home matchups in six days.

In both mid-week games, Pepperdine went through the entire batting lineup in the bottom of the first inning and knocked the opponent’s starter out of the game before he had recorded three outs.

“It’s been a long time coming,” sophomore Cook said. “We’ve played a lot of good teams early on, and that’s prepared us for all of this.”

Minnesota struck first on an overcast Tuesday afternoon at Eddy D. Field Stadium, getting a run-scoring single from Max Meyer in the top of the first. The Waves responded immediately, jumping on Golden Gophers’ starter Sam Thoresen for four runs in the bottom half of the inning, highlighted by a two-run double by Cook.

The final third of the game was a slugfest, with the teams combining to score 19 runs in the final three innings. Junior center fielder Cory Wills and freshman second baseman Wyatt Young each hit a two-run single to give the Waves a 9-2 lead entering the eighth, but Minnesota countered with back-to-back home runs to cut the lead to 9-6.

Through the first 18 games of the season, Young was hitting .342, while Wills was slashing just .214.

“Every series or every week, you have different guys that are swinging it well, and some guys that aren’t,” said Hirtensteiner, who is in his fourth year as head coach.

Heading into the ninth, the Waves led 11-6 as daylight faded and the temperature dropped, but the Golden Gophers were not finished. Minnesota scored six runs against two Pepperdine relievers, all with two outs, three on a game-tying double by Jordan Kozicky.

Pepperdine, stunned by the turn of events, entered the bottom of the ninth trailing by a run, but determined to complete the game in the semi-darkness. Third basemen Aharon Modlin tied the game with a two-out single up the middle that scored shortstop Quincy McAfee, then stole second. After designated hitter Mike Malinchak reached on an error, Cook stepped to the plate, nearly four hours after the game began.

“I was just trying to get up there, have a good at-bat, put something in play,” Cook said. “Obviously, it was hard to see — really just up there focusing and trying to put pressure on the defense. I was able to put one in play; [it] wasn’t the best-hit ball, but it did the job.”

Cook’s hit ricocheted off of second base and into center field, scoring Modlin and sending the Waves’ dugout pouring onto the field to celebrate.

About 20 hours later, Pepperdine would take the field again, ready to take on CSUN.

“It was seven runs after the first two guys got out,” Hirtensteiner said. “Then, I think we went hit, error, hit, hit, hit, walk, hit, hit, and put seven up on the board, which was great.”

From there, starting pitcher Dane Morrow, making his first start of the season, took control for Pepperdine.

“It was really fun,” sophomore Morrow said. “My defense was great, and I couldn’t be happier to get a win.”

“For him to come out here and throw seven and put up all zeroes, and it’s a Wednesday game, a back-to-back mid-week, where the pitching is a little bit thin — just really picked us up and put us in a great spot to get the win,” Hirtensteiner said.

Despite pitching with a big lead, Morrow said “nothing’s ever comfortable,” which proved true late in the game again. The Matadors attempted a ninth-inning rally, scoring five runs against Pepperdine reliever Trevor Kniskern, including a three-run home run to deep left field by Wesley Ghan-Gibson. The outburst proved to be too little, too late, as the Waves closed out the 9-5 victory.

Pepperdine baseball immediately shifted their focus to a critical three-game series against Gonzaga, a team picked to win the WCC ahead of the Waves, and the team that destroyed the Waves in the 2018 WCC Championship game.

“Them beating us last year in the conference championship just hurt so much,” Morrow said. “We’re going to really go after it this weekend.”

Gonzaga stole the final game of the series on Sunday, scoring two ninth-inning runs to win 3-2 and snap the Waves’ six-game winning streak.

“Every conference game is big, so we’re just trying to take it one game at a time,” Cook said.

Next up for Pepperdine is perennial powerhouse Cal State Fullerton, who the Waves will face Tuesday at 6 p.m. in Fullerton.

The Waves will then travel to Stockton, California for a three-game series with conference foe Pacific, with the opener on Friday, March 29. 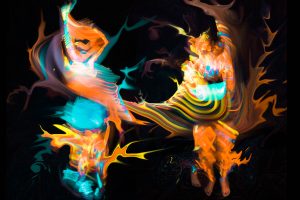