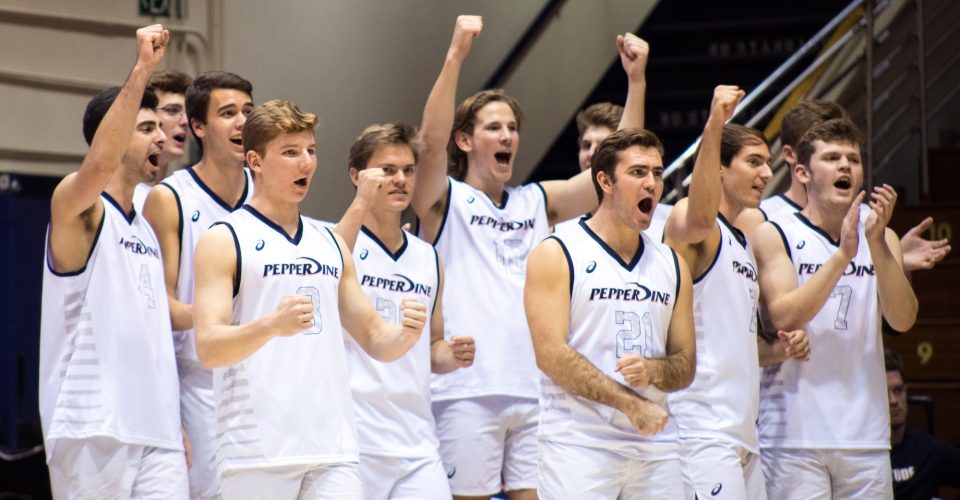 Pepperdine Men’s Volleyball continued to build on early season success Wednesday with a victory in four sets versus California State University Northridge. The Waves entered the game with a record of 5-2 on the season while the Matadors were at 5-4. Every set was competitive and the Waves stuck to the their consistent formula of getting the ball to senior outside hitters Michael Wexter and David Wieczorek.

In the first of a three-game home-stand before a four-game road trip the Waves battled a Northridge team with many experienced underclassmen who they had not seen this season. The team will now have a six-game rest before hosting the No. 7 team in the country, the BYU Cougars.

The first set was a consistent back-and-forth between the Matadors and the Waves. Each team had their fair share of very quick rallies and emphatic kills. There were eight ties and six lead changes in the first half of the set. No team led by more than two points before the Matadors had back-to-back kills bringing their score to 14 while the Waves had 10.

Head Coach David Hunt said he did not want to let the first set get away from his team and he elected to call timeout. The Waves regrouped and went on a 13-to-8-point run—finished off by senior David Wieczorek who hammered home a kill, assisted by Michael Wexter. The set concluded with redshirt senior Kevin Vaz and Wexter combining for a block on Matador redshirt freshman Daniel Wetter.

The second set was the highlight of the game and will live on in the Pepperdine record books. As Pepperdine led 3-1, Wieczorek lined up a serve that split the Matador defense and was his 100-career ace. His teammates erupted on the sidelines and Wieczorek celebrated with them briefly before returning to the serving line.

Wexter responded by going on a run of his own, smashing a kill, registering a block, and earning another kill off a set up from redshirt sophomore Robert Mullahey.

Wexter said he does not think of himself as a rhythm player and takes things one play at a time.

“Every play is different,” Wexter said. “I try not to focus on rhythm or heat. You see in basketball that there’s this heat fallacy where they just want the ball if they’re hot. I try not to focus on that. Things come easier when the team we’re playing has to stop Dave [Wieczorek] ’cause he’s such a good player.”

Only a few minutes later, Wieczorek hit another career landmark. Mullahey set up Wieczorek for his 1,000th career kill.

After the game, Wieczorek talked about what it felt like to accomplish both feats.

“It was a dream come true,” Wieczorek said. “Just being here at Pepperdine achieving that milestone like so many other greats have in the past was awesome. So I was happy but I just had to focus and keep going.”

The Matadors responded late in the set going on a 9-4 run and taking the lead at 23-22. Their offense was too much for the Waves and senior Dimitar Kalchev had the set-winning kill as they won 27-25.

Losing the second set was the wakeup call that the Waves needed for the rest of the game. Multiple players contributed as they went up 10-5, extending that to 15-8 before Wexter and Wieczorek combined for the last five points winning 25-18.

As battle-tested players in their final years of eligibility Wexter and Wieczoerk said the team brings is important to the success of the Waves.

“When it comes to those emotions everyone on the team will feed off of each other,” Wexter said. “I love playing with Dave [Wieczorek], and I always have. He gets fired-up about stuff and I like that. It definitely helps to have guys that get as fired-up like he does.”

“We definitely feed off of each other,” Wieczorek said. “As a squad, we focus on each other’s successes. That’s a huge thing for us.”

The fourth and final set was back to being extremely competitive before Michael Wexter fittingly had the last two kills as the Waves won 25-22.

Wexter and Wieczorek each had higher kill numbers than their season average per game, registering 21 and 16, respectively, compared to their averages of 13 and 15, respectively. Mullahey also dominated the stat sheet with 44 assists compared to his average of 35. Senior Kaleb Denmark also had double digit kills with 13.

Hunt said he wants his team’s mindset to be after the victory.

The No. 5 ranked Pepperdine Waves host the BYU Cougars on Feb. 6.

Dedicate Time for Your Health 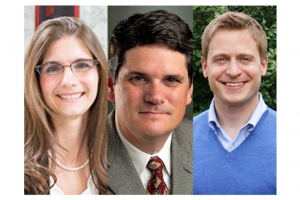 Photos courtesy of Pepperdine University and University of UtahPepperdine announced the three finalists for Dean of International...
Copyright 2013 Jupiter Premium Magazine Theme
Back to top