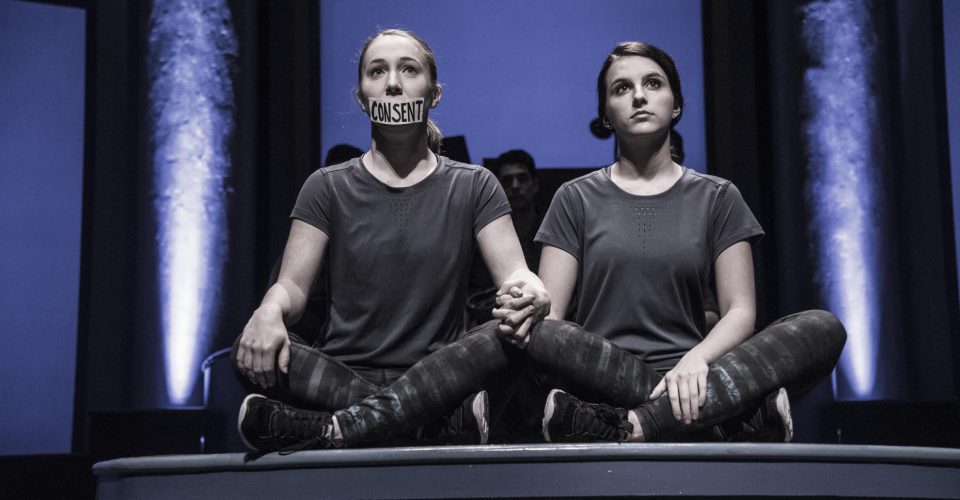 Pepperdine Scotland is bringing their award-winning performance of The Interference to the Hollywood Fringe Festival next week. The show debuted at the Edinburgh Festival Fringe in April 2016, taking home a Broadway Baby Bobby award and the Scotsman Fringe First award. It made its U.S. debut in April at Smothers Theater.

The play, written by Scottish playwright Lynda Radley, follows the story of a campus rape set at an American university and main character Karen Henshaw’s struggle to seek justice in an environment infused with rape culture.

The show will open at the Rogue Machine Theatre on June 6 for a three-performance run ending June 8.

The Graphic spoke on the phone with Professor/Director Cathy Thomas-Grant, Assistant Director Kylie Owens and several members of the cast about their experiences with the show. 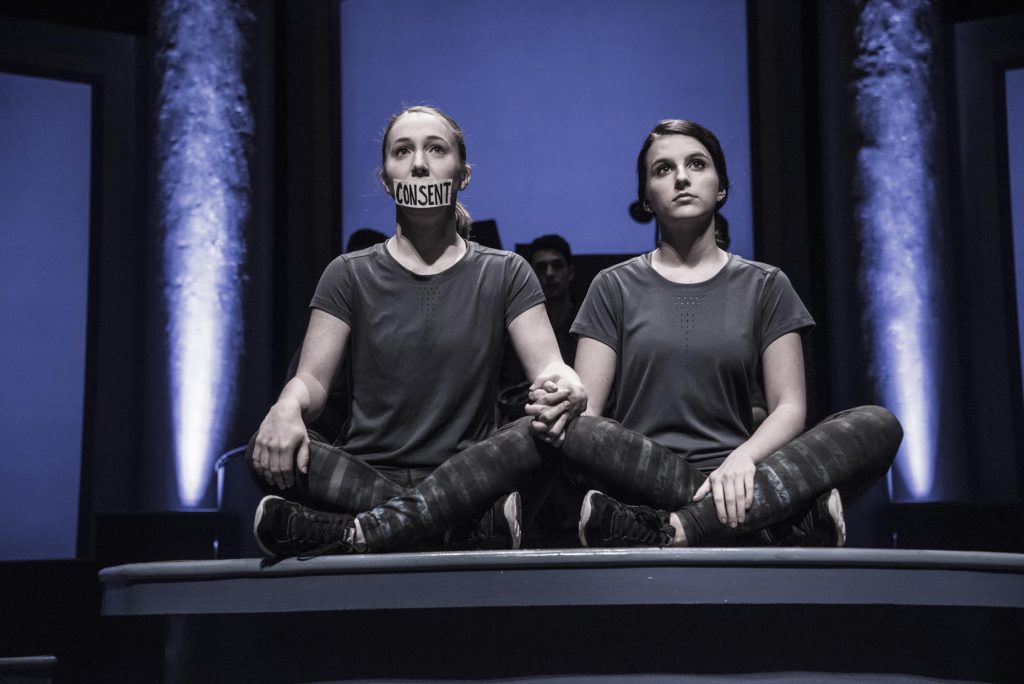 Graphic: This is now your third run of this show and your second time performing this play as part of a festival. How has the show evolved since its debut performances in Scotland and in the U.S.?

ME: The most interesting shift for me … was the [shift of the] show on a big stage initially to a show on a smaller stage. I think it feels more comfortable, and more intimate. I like this feeling, and I like that we have fewer people and more characters, because I feel like people get more involved with them. I feel a heightened sense of energy from times before.

BK: To go along with that, going from Smothers, which is a huge stage, to what we have now — it’s 15 by 15 feet — figuring out routes of transition and then people just sitting, it’s very, very complicated, but we’re getting it together. And the cool thing for me [is] I’m playing no roles that I played the last run. So just the way that our ensemble can pick up for each other and just go in positions, and the way that there’s new life to each character now, and just like Mallory said, the energy is heightened with the closer space and more intimate group.

DD: It’s definitely changed since our first time in Scotland, I would say. I think this run that we’re going to do at the Hollywood Fringe Festival is going to be more similar to the Scotland run than the Smothers run. Notably, just our set, how everything’s set up, what we do during transitions, because in Smothers we had a lot more … to work with. We had space, we had huge structures, we had pillars for the school, we had really cool lighting effects and stuff. So we focused more on creating a larger, almost like a campus space on stage in Smothers, while in the smaller spaces we do what we can in transitions to make it feel [the] hustle and bustle of the campus. So I think that’s one notable thing that I’ve noticed.

KO: Well since we started working on it a year ago, I think it’s been really interesting seeing how different characters have changed. Even if they’re being played by the same person, in the year that we’ve been doing it, I think all of the company has come to a really deep understanding of who these characters are and how they function, not only within the roles of the play but also within the world, because everything in the play is taken directly from real life. There’s nothing that’s been fabricated or imagined, it’s all stuff that has been gleaned from research. It’s been really nice to see the way that people who have been playing the same characters for a year have kind of really grounded them in reality. And then also, apart from that, there have been characters that have switched around, so there’s either people that were with us last summer that aren’t with us this summer, or people that have been with us the whole time but now are maybe playing different roles than they have been in the past, and it’s interesting to see how people kind of adopt those and make them their own, while also still retaining that reality and that groundedness that I think the production lends itself to based on all the research that was done when it was being written.

AG: I agree with everything everyone has said. For me the biggest thing that stands out is ever since I’ve done this, it’s like the roles have constantly been switching. Even when we were just workshopping it, we had like a female Karen once just reading one of the sides and seeing how the words on the page are just getting more and more deeply rooted in actual people has been amazing. So really just echoing Kylie, how even after a year and a half working on this, the characters are richer and realer, and it’s honestly like the first time every time we do a run of the show. 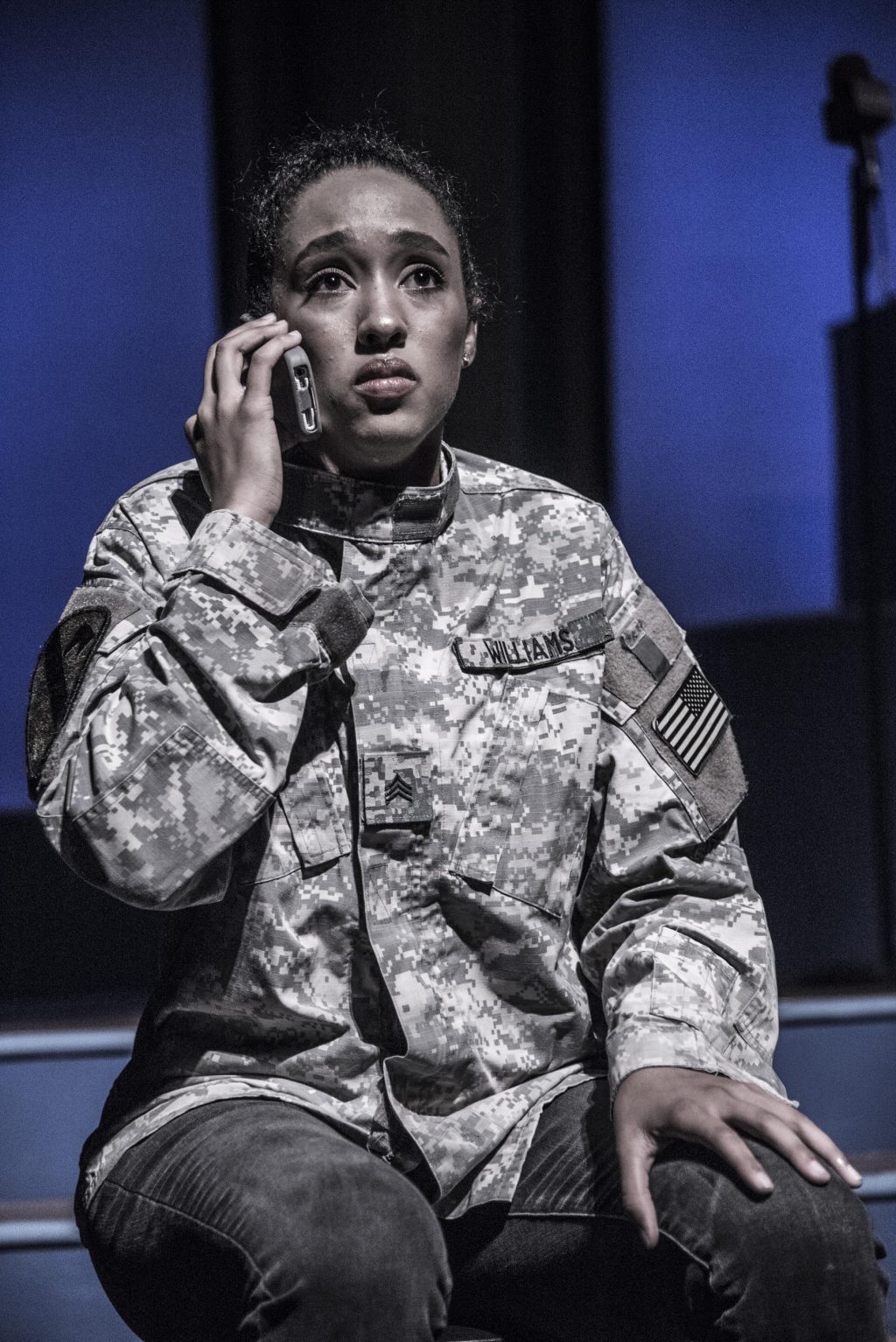 Graphic: What do you think you have learned personally from your time working on this show?

ME: I think one thing I’ve learned is just how shockingly little some people can sometimes know about the subject matter of this show, and how to speak to those people in a way that is compassionate and understanding. Because it’s an issue I’ve cared about deeply for a long time, so I think it’s kind of human nature to go like, ‘oh, it’s interesting to me so it must be interesting to other people,’ which is not always true. So it has been interesting negotiating something that I’m already passionate about with people who maybe are just being introduced to it for the first time. Or even like discussing the issue with family members who might not agree with some of the stances put forward in the show. That’s been new territory for me, because usually my family and I are on the same page about most things. But this is difficult, and I think it’s taught me a lot about communicating important things to people that you love even if they don’t always want to hear it.

BK: Well for me … the thing that attracted me to this play the most is how time-relevant it was, and just like all of the articles, because I’m from Texas, and there’s a lot of sexual assault cases going on at Baylor, and I have friends there as well. And I feel like sexual assault is something everyone knows about but doesn’t really actually talk about. And the thing about this play that was really cool, especially after we did it here on Smothers, was being able to open a discussion with friends, and even just back home, like telling people about it. They’re like, ‘oh, really?’ … After people sitting down and watching this, like you can’t be watching this show without feeling something you’ve never felt before or just being changed, at least to force you to make an opinion. And that was the coolest thing for me, and it got me to become more of an activist and speak out, just involving, like, guys [who] are joking around about rape. It’s a serious, serious topic, and it really needs to be brought up and that’s what we’re doing in this play.

DD: For me, I basically learned how scary it is to be a girl and a woman. Basically, I never worry as a guy like where I’m going, or what school I go to and stuff like that. But that’s like an actual … factor for girls — it’s like their safety, and it’s insane to me how dangerous college is for females. The statistics don’t lie, because like one in every four girls will be sexually assaulted that goes to college, which is a terrifying statistic here in the United States because it’s something I never would have thought about before this play. It just wasn’t something that crossed my mind much. And I also think I learned how just ignorant a lot of the public is to the cause. And I’m not saying they’re dumb, I’m saying they just don’t know how serious it is. We had a talk back during the Smothers performances every night after the show, and in one of the talk backs we had one woman stand up, and … she had three daughters, and she wasn’t on their side. She said … ‘If any of my daughters went to go hook up with a guy, I told them, you could never say rape.’ And I just didn’t understand that. I was like, ‘if you had three daughters, why would you not be on their side? Why would you not want to understand?’ I think it’s just the biases and all the prejudices that come about in society today that force you to have this narrow mindset and are afraid to think differently, so I think one thing that I’ve learned from this play is it matters. And, you know, if we can help one person out, then it’s worth it.

KO: For me I think the most important thing I’ve learned in regards to the play this past year is the responsibility we have to tell these stories in a way that isn’t necessarily easy. I mean, to tell them not in order to destruct or in order to hurt a certain people group that would be responsible, but in order to educate and in order to create a more open atmosphere around the conversation. I think overall I’ve learned that most people think similar things to me or most people in my circle of friends and peers have similar ideas and similar feelings about many of these issues, but they just don’t know that they do, because they’ve never talked about it or they’ve never been exposed to the conversation and they’ve never entered the dialogue. So I think the most important thing for me this past year is the responsibility to just start a conversation about this issue and talk about sexual assault and talk about kind of the issues surrounding it and the problems there are with the way that we think about things in society. And to confront the ways we think about things, [to] say, ‘this isn’t right,’ and say why this isn’t right rather than just like yelling and saying, ‘no, no, no, you can’t think like that,’ but give reasons why and have an intelligent, thoughtful and polite conversation. Because, honestly, overwhelmingly, we had positive feedback from this play, and a lot of people have said, ‘oh, this is really important and I wish we talked about it more,’ or ‘I wish it wasn’t so long in coming.’ So for me, it’s just been the responsibility of having this conversation.

AG: The biggest thing I’ve learned is just the power that we have in our own voices. One of the big points of The Interference is that Karen is constantly muted by social media, by other people’s biases, up until the point where she feels she can’t speak at all. So after this production I’ve realized that I can’t sit in silence when I’m uncomfortable, but instead I have to speak up. Even something as simple as a student saying, ‘Wow, that test just raped me.’ Like, no it didn’t, actually. It didn’t do that. It was difficult. That’s what you mean. And not being afraid to call out the fact that that is rape culture. And on top of that, not only being a voice to the voiceless survivors of sexual assault, but also recognizing when they feel strong enough to speak on their own and passing them the mic to speak their own struggles and their own instances that they have survived. 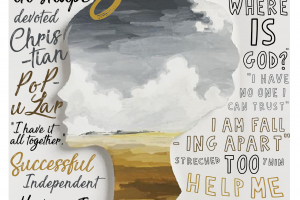 Graphics by Rachel Littauer The stigma behind seeking mental health treatment at Pepperdine is going away— slowly but surely....
Copyright 2013 Jupiter Premium Magazine Theme
Back to top