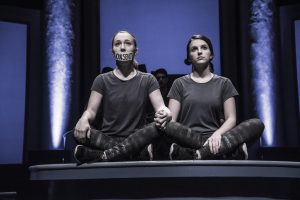 Photos Courtesy of Ron Hall Pepperdine Scotland is bringing their award-winning performance of The Interference to the Hollywood Fringe Festival next week. The show debuted at the Edinburgh Festival Fringe in April 2016, taking home a Broadway Baby Bobby award and the Scotsman Fringe First award. It made its U.S. debut in April at Smothers […]