Special Publications / Where We Stand: One Year Later / November 7, 2019 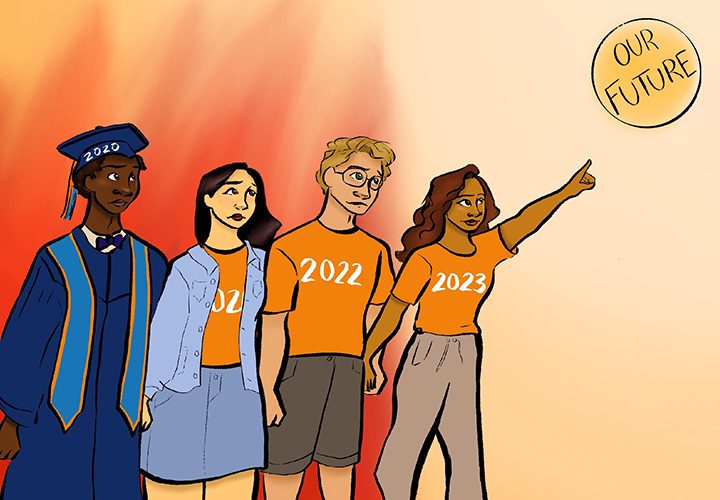 In the wake of the one-year anniversary of the Woolsey Fire and Borderline Shooting, Pepperdine continues to heal and grow from its losses and trauma. However, new perspectives from the freshman class show that the scars of last year won’t persist in future Waves who attend Pepperdine.

In less than one week, Pepperdine faced the loss of freshman Alaina Housley and the damage from the Woolsey Fire. The week of Nov. 7 will always be a time of remembrance and memorial for students, faculty and staff.

Despite this tragedy, not all members of the student body feel the same level of shock, trauma and tragedy. For the freshman class, the aspects of the fire hold a different meaning in regard to the environment and safety of Pepperdine.

For many, the tragedies of 2018 raise concerns of safety on campus and the safety of the Malibu community. However, overall the freshman class has a positive view on the security of Pepperdine and the Malibu campus.

“I feel pretty safe on campus, but everyone should have a sense of caution,” freshman Kaya Richardson said.

Some would attribute this sense of safety to a lack of knowledge of these events, but that does not seem to be true. Due to news coverage and upperclassmen influence, the freshman class is both aware of these issues and capable of taking a look at it from an impartial standpoint.

“While I understand the fire was terrible, and the nerves of the upperclassmen, but Pepperdine did handle the fire and they got through it,” freshman Danica Christy said.

This faith and sense of safety also extends to the Malibu community. Even after hearing about the events of the Borderline Shooting and the tragic loss of Alaina Housley, the freshman class still remains realistic of the current societal climate and feels secure in their safety.

“It’s sad but shootings can happen anywhere, but I don’t feel unsafe in Malibu or specifically at Pepperdine,” freshman Ishaan Mehta said.

However, the freshman class remains cautious and takes note of upperclassmen and alumni who have experienced these tragic events first hand.

“The most dangerous things on campus are the things that can be found off campus, so a good level of alertness should be normal,” freshman Kristopher Gordon said. “I mean the location of Pepperdine is very thought out and my siblings [Kristopher has had three of his older siblings who have attended Pepperdine] have never felt in danger.”

Personally, as a freshman, the tragedies and atrocities of the Borderline Shooting and Woolsey Fire will never waiver my faith in Pepperdine. I firmly believe Pepperdine does all it can to keep its students, faculty and staff safe.

The freshman class is the best class to look at during this one-year anniversary. While the wounds of last year are still fresh, it’s outstanding to know that the future of Pepperdine will be without fear.

We will all reminisce, mourn and continue to grow from the losses of last year; but, with this new group of freshman, Pepperdine will not have to worry about being defined by its pain.

My class of 2023 is a beacon of the forward progressing views of Pepperdine and the constant pursuit of knowledge without fear. We freely received the gift of being able to learn from the tragedies of the past; so, that we can freely give back to the future of Pepperdine.

A Year into Alaina's Voice with Father and Co-Founder, Arik Housley 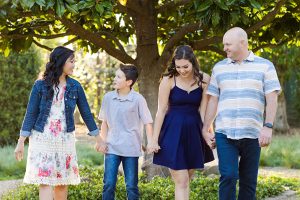 A Year into Alaina's Voice with Father and Co-Founder, Arik Housley