Watch the Graphic publish a story of marginalized groups on campus who raise concerns about diversity at Pepperdine — and leave it up to a select few alumni from decades ago or parents of current students, to comment and paint Pepperdine as being a “great school” and suggest that students “stop complaining.”

During the University’s relocation from Los Angeles to Malibu in 1972, Ronald Reagan’s role as then-governor of California had an influential role in Pepperdine’s conservative values. A study from the Pew Research Center found that nearly 80% of conservatives believe in God “with absolute certainty.” It is no wonder that a University founded on traditional Christian values would inherently lean more conservative in its views as well.

However, the University’s student population has since become increasingly become more progressive in its views as the students have diversified.

As of fall 2021, Pepperdine’s population is comprised of 43% white students, according to the University’s Office of Institutional Effectiveness. Pepperdine’s history as a predominantly white institution often inherently accompanies pushback from those who don’t see lack of diversity or inclusion on campus as an issue.

The Graphic routinely publishes its articles to various social media platforms and the demographic that each site reaches, particularly gauged by the comment section, varies greatly. Instagram and Twitter tend to attract a younger audience of students and more recently graduated alumni. As of January 17, 62% of the Graphic’s Instagram audience were in the age range of 18-24, according to Graphic Instagram analytics.

Facebook, however, has become the breeding ground for both conservative parents of students and select alumni from decades past to invalidate the legitimate concerns of marginalized groups. The largest percentage of people reached through the Graphic’s Facebook — 23% of users — were in the age range of 25-34.

The second and third largest percentages — each being 12% of users — were within the 35 to 44 and 45 to 54 year age range according to Graphic Facebook analytics. Statistics confirm that it is no mystery that Facebook tends to attract an older, and inherently more critical, generation of engagement. 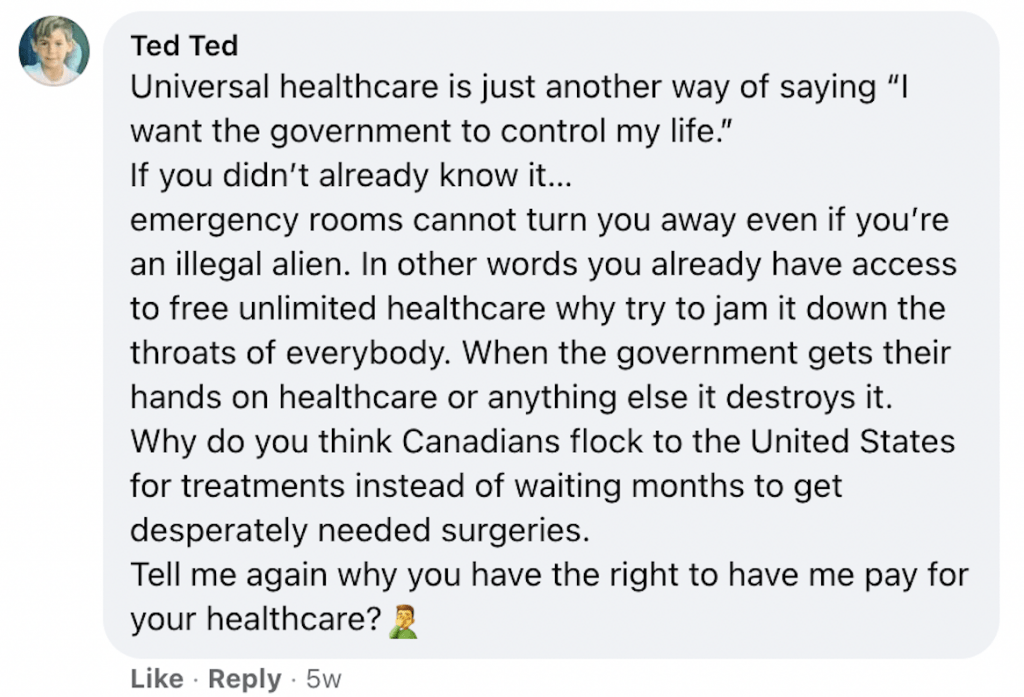 Calls to administration for more inclusivity are met with comments calling students “crybabies” and “whiners.”

Asking for racial peace between POC communities is met with accusatory comments of having a “victim mentality.” 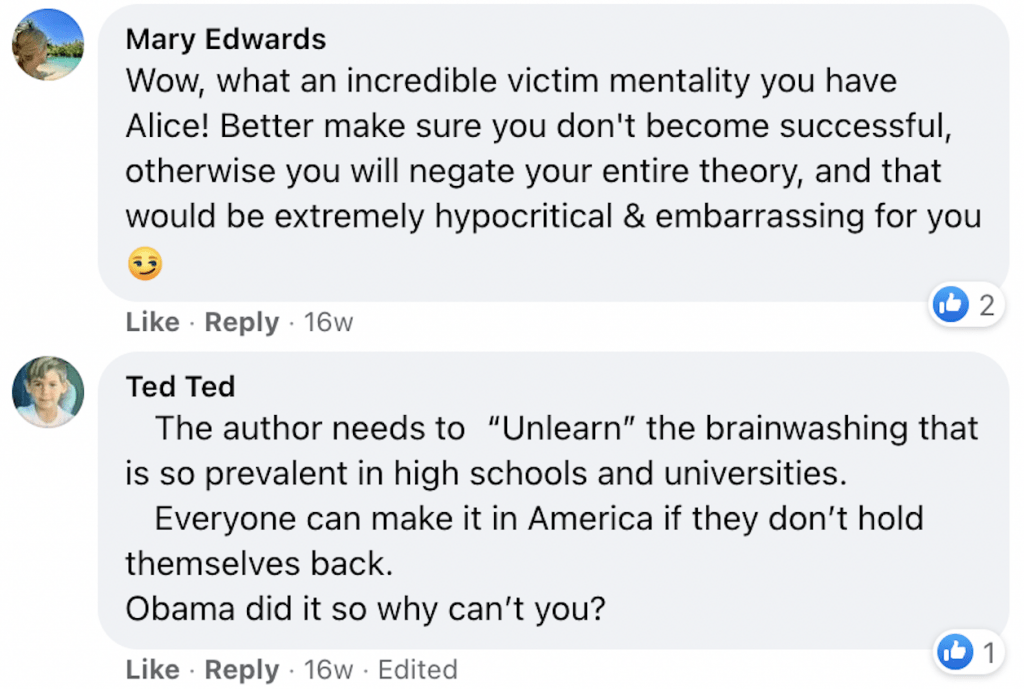 Despite on-campus cases reaching nearly 800, Pepperdine’s compliance with LA County COVID policies is met with stern warnings that the university not go remote while others go as far to suggest that the University stands up to the health department.

It’s easy to advocate for a non-remote learning experience when one’s life is not at all affected by University decisions. The lack of bearing that Pepperdine COVID protocols have on the lives of these commenters implies inherent neglect to the health and safety of students and faculty who ultimately are most afflicted by Pepperdine’s choices.

The privileged tone of other commenters implies a complete and utter disregard of empathy for marginalized communities, accompanied by ignorance to the black, indigenous, and people of color (BIPOC) perspective and experience. It’s a story as old as time where older, white, conservatives don’t see diversity and inclusion as necessary in any institution. These are the same people who are fighting the implementation of critical race theory in schools.

Though these comments represent a relatively small group of bothered individuals, the ratio of positive comments, or any comments at all, pale in comparison to the negative comments that speak volumes to the character and moral integrity of those commenting such obscenities on the page of a college newspaper. There are far more productive activities to part take in, rather than waiting for the Graphic to publish a story that warrants the posting of an insensitive comment.

By contrast, the same stories posted to the Graphic’s Instagram, the platform with a predominantly younger audience are met with generally positive comments.

The same article about universal healthcare posted to Instagram is met with supportive comments from friends of the individual featured in the piece. 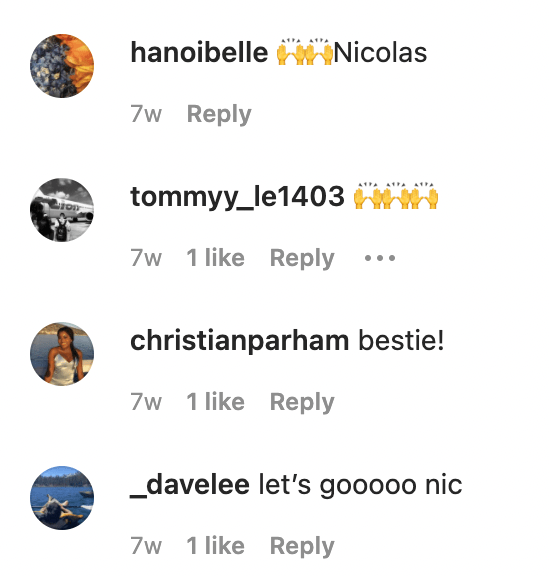 The same article advocating for racial peace between POC communities posted to Instagram has praised the relevance of the topic.

Students calling upon their institution to look inward at its lack of diversity are typically met with qualms from those who see diversity as threatening. White conservatives in the depths of Facebook comments who do not attend Pepperdine have no right to discredit students who raise valid concerns about their sense of belonging on campus.

Pepperdine may be a Christian university with traditional values, but traditional values should not result in exclusion, racism and ignorance. Dubbing students as “crybabies” who call on the University to do more for more students of color, LGBTQ+ students and other marginalized groups is invalidating, insulting and reeks of white nationalism.

The dynamic of Pepperdine does not have to strictly adhere to its notorious demographic of white, conservative, Christians that it once did. In a rapidly progressing and accepting world, the University should maintain its core values and principles while still showing up and doing more for marginalized students on campus.

Though being a student at Pepperdine 30 years ago may have been different, the students who attend currently don’t owe alumni and parents anything when calling for institutional change. Institutions and organizations should not remain stagnant in their beliefs and should consider accommodating to a plethora of marginalized groups as the standard — not an option.

The defense of, “Pepperdine is a great school,” comes alongside comments instructing students to “Stop complaining.” No one is denying that Pepperdine is a great school, but it is by no means immune from criticism and valid calls to action from its student population. Students pay thousands of dollars to attend a high-ranking, accredited university and should be able to point out its faults and ask the University to do better.

It is the freedom of speech that allows senseless comments on Facebook to remain beneath Graphic stories, but it is also the freedom of speech that allows the publication of articles calling for diversity. Adults who enjoy calling college students “crybabies” should consider returning to fundamental education that if you don’t have anything nice to say, then don’t say it all.

If the supposed “alumni” who dwell in the Graphic’s Facebook comments actually went to Pepperdine, then the University clearly didn’t do a good job of instilling purpose and service if some alumni think it’s okay to invalidate and belittle marginalized groups.

“Pepperdine is a Christian university committed to the highest standards of academic excellence and Christian values where students are strengthened for lives of purpose, service and leadership,” according to the University Mission Statement.