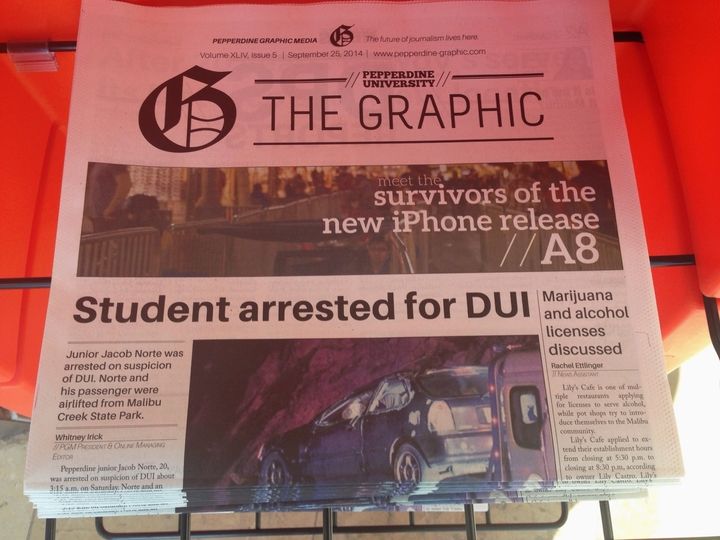 At least 275 Graphic newspapers of the Sept. 25 issue disappeared from stands this past week.

Graphic staff members suspect that the front page article about a student’s DUI arrest may be the reason for the missing papers.

Missing papers were reported to the Department of Public Safety Monday. The estimated costs of the missing papers totals more than $560.

The incident is currently under investigation, according to DPS Deputy Director Dawn Emrich.

Taking multiple copies of free newspapers is punishable by law in California. Two years ago, DPS investigated two separate reports of missing Graphic papers. In one of the cases, a student was found guilty of theft and paid $1,700 in restitution.