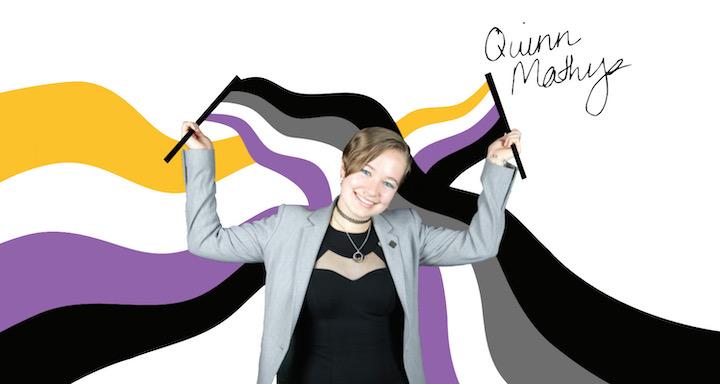 Last semester, statements on the Freedom Wall brought discussions of LGBTQ+ discrimination on campus back into the spotlight. The Chick-fil-A controversy and SGA’s inclusion resolution revealed to many in the Pepperdine community how other students and staff struggle where heterosexual cisgendered individuals haven’t experienced do not.

Many at Pepperdine don’t seek to understand what it means to be queer because it isn’t vital to their own identity. While they may grasp what it means to be gay, bi or trans* on a surface level, their knowledge on the subject doesn’t dive deeper than that. Even people who are a part of the LGBTQ+ community may not understand what it entails to identify with one of the letters that doesn’t apply to them.

This edition takes a step back to look at the fundamentals of LGBTQ+ identity so that we can all come together to create a conversation based not on abstractions but real people, research and facts. Being queer is often seen as a political stance instead of a personal identity, and we as the Pepperdine community sometimes get so lost in those politics that we find ourselves caught up in stereotypes and caricatures of all sides.

This is an important conversation to have, even in the midst of COVID-19, because situations like these are when ignorance and inequality is most evident. Anti-LGBTQ+ groups are rejecting volunteers at medical centers if they do not sign statements that “disqualify gays,” according to New York Daily News. An anti-gay congressperson voted against a COVID-19 relief bill because “it included an LGBTQ-inclusive definition of a ‘committed relationship,'” according to Metro Weekly.

These actions don’t just affect queer people — they impact everyone in the United States.

We lose people in this mess of views and opinions, and we give up on people because we can’t reconcile them with our preconceived notions on what parts of their identities should supposedly be.

Let’s take it back to the basics. I am me. You are you. We are human.

*The term trans* is meant to include all who identify with gender identities that are not cisgender. See our Queer Lingo Dictionary for more information.