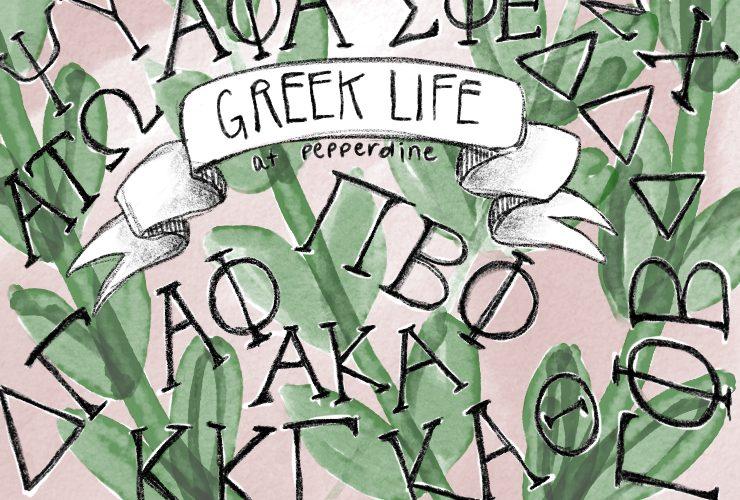 With approximately 25% of students affiliated with Greek organizations, Greek life is one of the highlights of student life at Pepperdine.

Pepperdine Greek organizations have a typical number of members this semester despite changes in the Recruitment process, dues and membership experience as a result of COVID-19. Panhellenic Conference sororities have an average-sized new member class, while fraternities delayed Recruitment to the spring.

“We’re all yearning for any sense of normalcy,” Kappa Alpha Theta President Ally Richards said. “There’s something that feels normal for freshmen coming in about ‘I’m going to college. I’m going to rush a sorority.’”

Overview of Greek Life at Pepperdine

Greek Life Advisor Allison Green said the number of students associated with Greek life has stayed consistent since 2015, with between 800–850 students, which breaks down to about 550–600 women in sororities and 250 men in fraternities. This semester, 783 students are affiliated with Greek life — 573 women and 210 men. 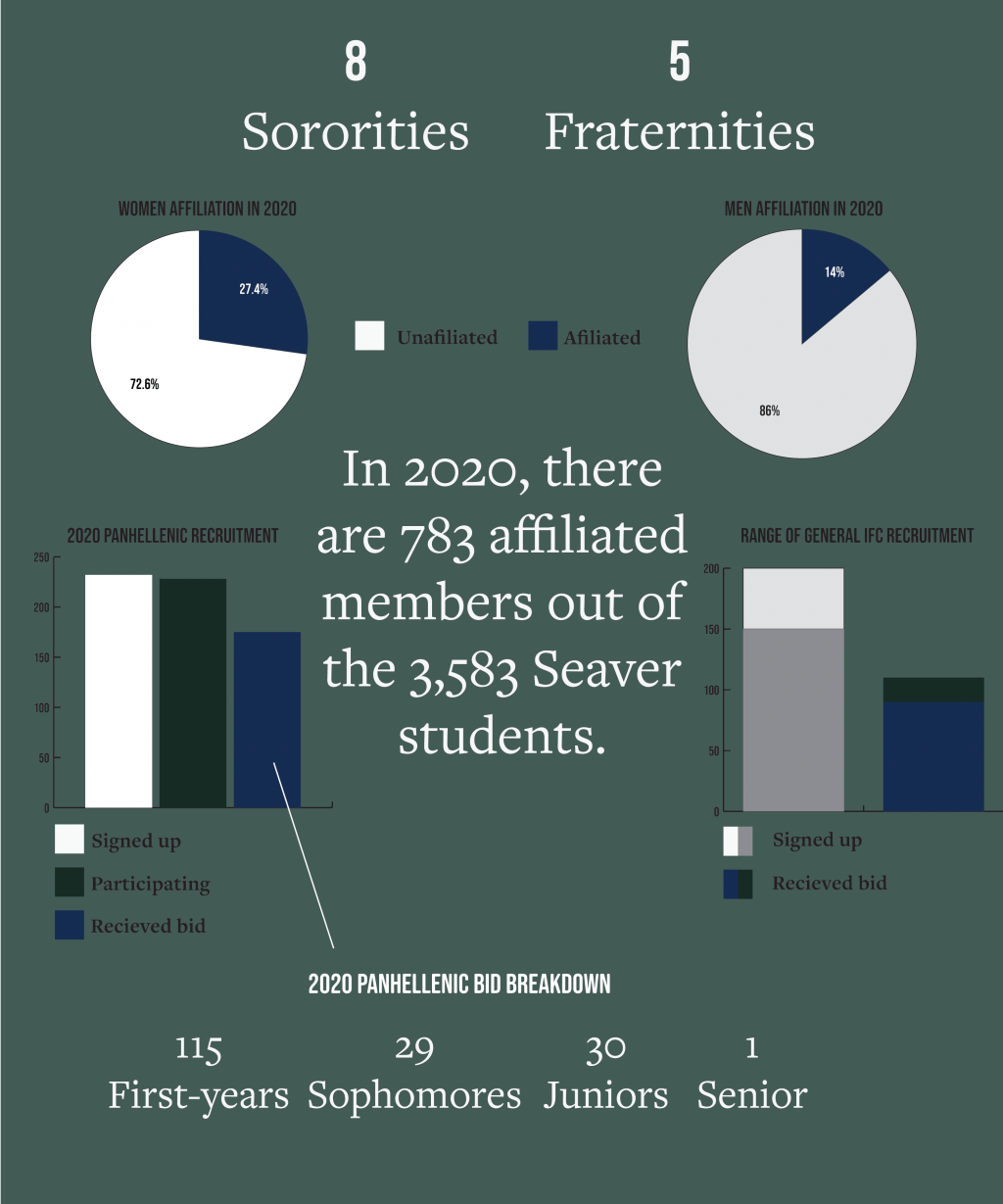 Richards said two or three people may drop out of Theta in a typical year. If there is an unusually high number of people who drop, it signals a problem in the sorority or fraternity that must be addressed.

Recruitment In Past Years

Junior Josh Leow, IFC vice president of Recruitment and Marketing, said Recruitment is a big part of fraternity life and one of the highlights of the semester.

A lot of students attend IFC Recruitment to meet new people rather than with the intent of joining a fraternity, Green said. There is, however, only a small drop of around 10–20 PNMs once the more serious nights of Recruitment — such as interview night and preference night — occur. 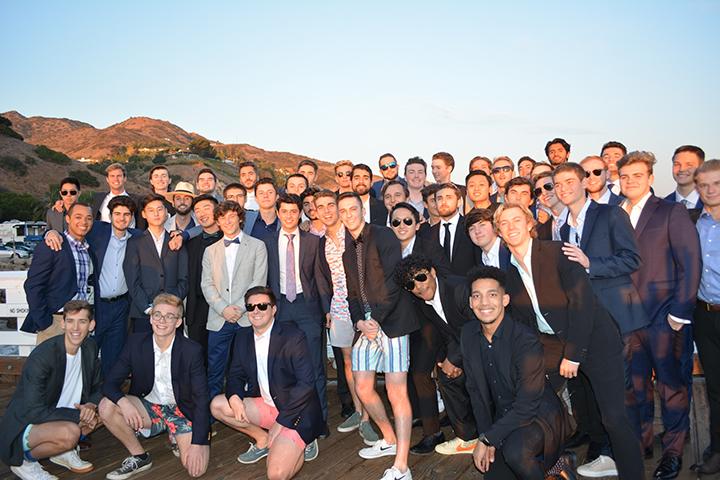 Sigma Phi Epsilon members pose for a picture on the Malibu Pier before their fall 2019 formal. Although social events like this are not possible this semester, the number of students affiliated in Greek life remains consistent with past years. Photo courtesy of Jake Krum

During Panhellenic Recruitment, about 270–300 PNMs typically sign up, with around 170 receiving bids. Green said the Panhellenic Council ensures there is an equitable number of new members across the seven sororities on campus.

“[Parity is] one of our national values within the national Panhellenic Conference,” Green said. “We don’t think it is as fair for one chapter to be 120 and one chapter to be 50. So the whole process helps regulate numbers so everyone has a similar new member class size.”

Generally, PNMs are predominantly first-year students across both sororities and fraternities, Green said. She said in a typical year, there is usually a significant number of both sophomores and juniors and approximately one to four seniors.

Richards said she was shocked by the number of people who signed up for Recruitment this year, considering the online format. She thinks the desire for community and the typical college experience motivated women to attend Recruitment. 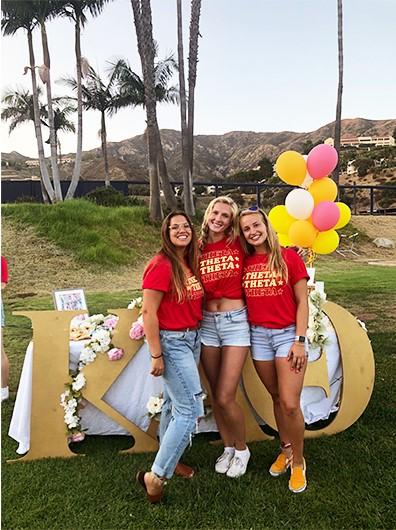 Green said she thinks the lack of in-person pre-Recruitment events and visual cues like tabling and posters contributed to the lower number of attendees. Additionally, fewer women joined Recruitment because there was a lack of social pressure from friends or suitemates.

Retention throughout the process was, however, significantly higher than previous years: 175 women received bids of the 232 attendees — a number of bids on par with typical years that have higher initial attendance. Green said she thinks more women completed the Recruitment process because only those who were more serious about joining signed up for Recruitment.

IFC was beginning the process of bringing a new fraternity to campus in March, Leow said. It was, however, unable to follow through with its plans due to complications arising from COVID-19.

Green said most Greek organizations on campus have reduced local dues this year while keeping national dues the same to maintain their charters.

“If [dues were] the same, then I honestly wouldn’t even be here right now,” Semenov said. “You take our formals, you take out date night, any merchandise, and the bro retreat is out of the question — there’s no point in paying however much we paid.” 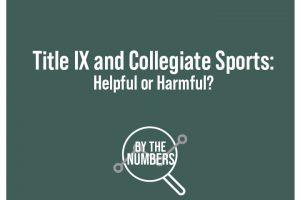 The creation of the Title IX of the Education Amendments of 1972 gave female collegiate athletes more opportunities to compete,...
Copyright 2013 Jupiter Premium Magazine Theme
Back to top