If Trump Gets the Vote, I’ll Jump Ship 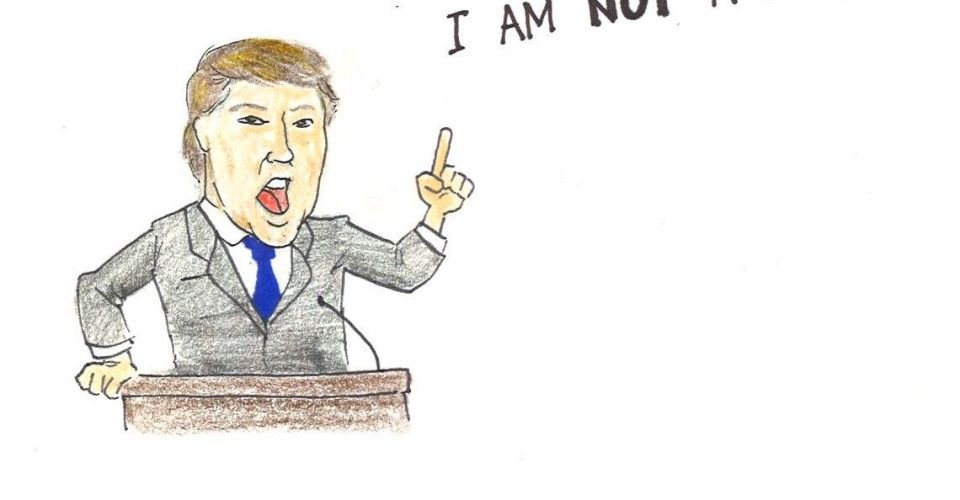 Hillary Clinton’s private emails, Kanye West’s 2020 candidacy announcement, and the “Deez Nuts” phemonmenon have become some of the bigger faces of the upcoming election.

As unsettling as these events may be, the scariest part of the current election-related news, for me, is that Donald Trump is actually winning the GOP race. Yes, you heard that right.

The HuffPost Pollster shows an average of 39 percent of Republican voters are in support of Trump’s candidacy, making him the front-runner for the GOP. To me, it’s utterly disappointing that the face of all things stereotypical, intolerant and arrogant has the support of millions.

I’m noticing more and more that the biggest, and often the only, justification people give for their support of Trump is that he’s brutally honest, and that’s what we need in politics.

The one thing Trump has going for him — the concept that he’s even remotely honest — can be disproven by his own statements and fact-checking. Politifact.com, a Pulitzer Prize-winning division of the Tampa Bay Times, has examined the veracity of his rhetoric.

He said there are between 30 and 34 million immigrants living in the U.S. illegally. Researchers say that it’s actually about a third of that.

Trump also stated that under President Barack Obama, income levels and unemployment have never been worse for African Americans. This is untrue. Historically, numbers have been much worse. The African-American median household income was worse with Presidents Richard Nixon, Gerald Ford, Jimmy Carter, Ronald Reagan and George H. W. Bush, according to blackdemographics.com.

He said that America is the most highly-taxed nation in the world. Wrong. The U.S. has a lower income tax than Belgium, Germany, Denmark, Hungary, Austria, Greece and the United Kingdom, in that order, according to “The Countries With The Highest Income Tax Rates,” from March 19, 2015 according to Forbes. Corporate taxes for the United States are 35 percent at their worst, which are on par with, if not better than, Argentina, Bangladesh, Cameroon, Canada, Colombia, Guyana, India, Italy, Jordan, Malta, Morocco, Pakistan, Philippines, Spain, Syria and Zambia at their worst, according to World Corporate and Income Tax Comparison Rates.

He said illegal immigration wasn’t on people’s minds until he brought it up, when it’s been a heavily discussed topic for quite some time now. Where has he been?

He stated that his book, “The Art of the Deal,” is the number-one selling business book of all time. It’s actually not; but hey, fake it ’til you make it, right?

He stated that public support for abortion is going down. Blatantly incorrect. According to “Americans Choose Pro-Choice for First Time in Seven Years” from Gallup May 29, 2015, the number of pro-choice Americans is higher than it’s been since 2008, and has gone from 45 to 50 percent since 2013.

And finally, no, he’s not a financial genius. He inherited the Trump Organization and its finances, which he then caused to plummet into $8.8 billion of debt. The sole reason the Trump Organization didn’t go entirely bankrupt was because, as stated in “Exposing How Donald Trump Really Made His Fortune: Inheritance from Dad and the Government’s Protection Mostly Did the Trick,” from Alternet on July 9, 2012, he was bailed out by around 70 separate banks, allowing him to “defer on nearly $1 billion in debt, as well as to take out second and third mortgages on almost all of his properties.”

So no, dearest Trump supporters, it’s not a breath of fresh air that he disguises blatant inconsideration, insensitivity and political incorrectness as honesty. And it’s not admirable that he basks in his extremely problematic mindsets, including racism, misogyny, intolerance, hateful division and entitlement. A man like this only divides our nation and detracts from our goal of peace, tolerance and equality. No thank you. 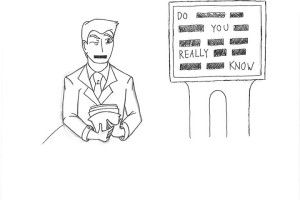 Art by Chris ChenPicking up your phone, you tap the Facebook icon, and scroll through your news feed. CNN has an interview...
Copyright 2013 Jupiter Premium Magazine Theme
Back to top