Housley Family and Others Call For An End To Gun Violence 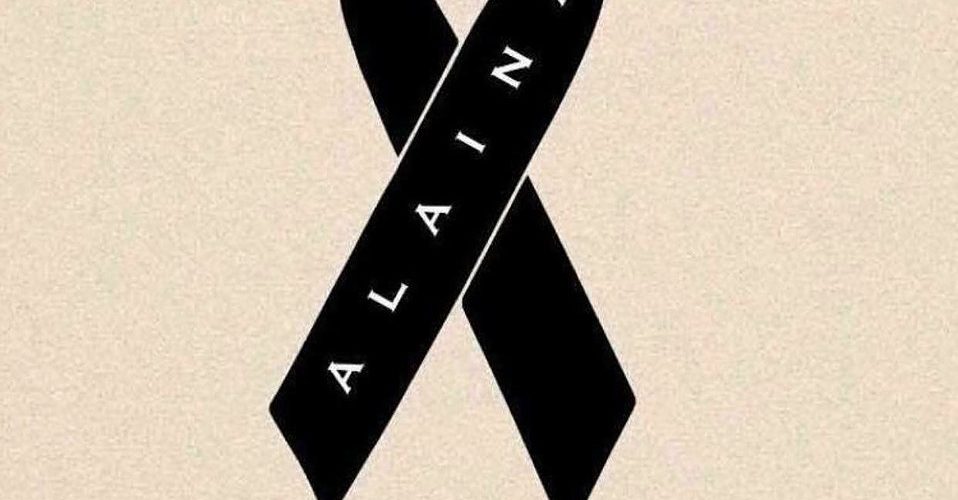 The Borderline Bar and Grill shooting, which resulted in the deaths of 12 people, including Pepperdine freshman Alaina Housley, was one of 340 mass shootings in the United States in 2018. Mass shootings in the past year killed 374 people and injured another 1,345, according to the Gun Violence Archive.

With the increase in mass shootings, organizations and individuals are discussing ways to end gun violence — solutions range from implementing stricter background checks to engaging in everyday acts of kindness.

For the families affected and others in the Pepperdine community, Borderline initiated a call to action to respond to gun violence. Housley’s parents, Arik and Hannah, started the Alaina’s Voice foundation to honor their daughter and advocate for compassion.

“[Kindness] is something that is very easy to do so quickly in a big group or a small group, in all different ways,” Hannah Housley said. “A conversation with that person could have changed things.”

Along with the local community, the Borderline Shooting prompted major corporations such as Toms and the National Basketball League to recognize the unnerving phenomenon of mass shootings, taking action through public statements and donations.

There are other organizations working toward ending gun violence. Everytown for Gun Safety was started through a mother’s Facebook page after the Sandy Hook shooting in 2012. Now, the organization has over 5 million members across the country with chapters of Moms Demand Action as the driving force.

Amy Phillips, the California state communications lead for Moms Demand Action, said the organization is not anti-gun, but instead fights to make guns safer through background checks and training. Members participate in lobbying.

“Last year we were very involved in passing Bill AB 2103,” Phillips said. “It had to do with live fire training. Some counties required training, some counties didn’t. We helped lobby for that bill so that now throughout the entire state of California, you have to have a minimum of eight hours of training before you get a permit to carry a gun.”

There are chapters of Moms Demand Action in every state, and members are not exclusively mothers. Members include mayors, students, police officers, teachers, survivors and gun owners, according to the website.

Phillips highlighted that California is a Red Flag Law state, meaning that individuals have the right to report to local officials if they feel someone in possession of weapons may use them to harm themselves or others.

Students can team up with Everytown and Moms Demand Action to launch a Students Demand Action chapter on their campus, Phillips said. Within these chapters, students work to educate their peers on gun violence, advocate for elected officials to take action on passing legislation and use their talents to create a movement.

“2019 is going to be a big year and a big legislative year,” Phillips said. “It will be interesting to see how student groups are going to work in conjunction [with Moms Demand Action] or even independently to do their own programs and events.”

Although she had never met Alaina, sophomore Anemone Hansen felt compelled to write a letter to the Housley family in which she shared her reaction to the Borderline Shooting and presented a call to action for her peers. She said she was afraid the shooting would would be forgotten after the Woolsey Fire and that she could not allow Alaina’s death to be in vain.

Although Hansen said she thinks stricter gun control laws are necessary, she does not think that is the final answer. Rather than focusing on a controversial topic, she said she chose to focus on something positive — kindness.

“Remember that love is stronger than hate because hate can only destroy, but love builds beauty out of chaos,” Hansen wrote. “I know it is possible, but it’s possible only when we come together to see the worth and humanity of every individual.”

Hansen said she believes everyone in the Pepperdine community is connected to one another, and the community can only grow stronger if they see one another on a deeper level.

“God’s love … is greater than we are and greater than we can imagine, but sometimes it comes to us when we need it,” Hansen said. “As horrible as it is, I think it is also a chance for us to come together in a visible way to counter that visible show of hate.”

In her letter, Hansen wrote five action steps: welcome those who are lonely, have a meal and conversation with someone, listen to those who disagree, love those who are different and reach out for help.

Hansen encourages students who feel called to action to reach out to the people around them, even if it is difficult. Saying hello to people walking by or asking people to repeat their names allows individuals to be intentional and shows that they care.

Similarly, junior Currents editor and Borderline survivor Allison Lee recently told the Graphic that she thinks the solution to violence can be found in loving people in the way they wish to receive it.

Arik and Hannah Housley said they find hope in the opportunity for respectful conversation. The Housleys have said that the phrase “gun control” immediately shuts out half of the country from participating in the conversation. For them, the issue lies deeper than automatic weapons; the issue is hatred.

“There are 12 families that lost loved ones that night,” Arik Housley said. “We look at it and we may say it’s not about gun control because I don’t need a gun to go kill people … It’s not about guns. It’s about hate, and it’s about just being disrespectful and being in a bad place.”

Not everyone feels comfortable being in front of a camera, contacting a politician or creating a club, the Housleys said. But everyone can put their phone down to smile at a passerby, ask someone how they are doing or use their talents to express themselves. Even if kindness does not prevent a mass shooting, it will be worth it provided that it helps someone who is struggling, they added.

Alaina’s Voice, which is centered around the motto “voice of song, voice of strength, voice of spirit, voice of change,” primarily aims to promote kindness, Arik Housley said. The nonprofit has done so by selling “Be Kind” buttons and bracelets on campuses and encouraging mutual respect.

“[Alaina] was fine with being who she was and that’s what we loved about her,” Arik Housley said. “We need to start with people being okay with who they are first and start to respect themselves before we can start to respect each other.”

As for political action, the foundation seeks to stop the media from making shooters celebrities. The public does not need to know the shooter’s name or photo in order to understand the story, Arik Housley said.

The Housleys added that they plan to advocate for mental health reform. Their plan included pushing the government to do background checks for mental illness before accepting military personnel and possibly providing peer support services in high schools.

Ashley Trim, the executive director of Pepperdine’s Davenport Institute for Public Engagement and Civic Leadership, agreed that the conversation around mental health must continue. Society needs be aware of those who may need support, she said.

“There is a cultural opportunity to make it so that there is not a stigma to reaching out for help and reaching out early,” Trim said.

Trim also said she believes in order to end gun violence, one must focus on the source of the problem. This requires an effective discussion on controversial topics at a local level where each individual has the time and energy to address the multifaceted nature of the problem, she said.

To foster civil dialogue about mass shootings, Trim advised others to ask people they disagree with questions about how they came to different conclusions. Individuals should explain their argument rather than assuming others will think the same way. Trim also suggested avoiding generalizations and valuing the space in which the conversation occurs.

Trim acknowledged that this dialogue may be difficult when the topic affects one as intimately as the Borderline Shooting affected Pepperdine’s community.

“It makes something worth digging through,” she said. “But you have to have that willingness to personally invest.” 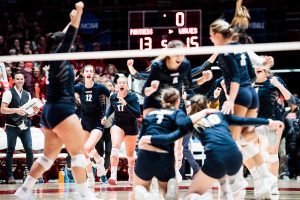