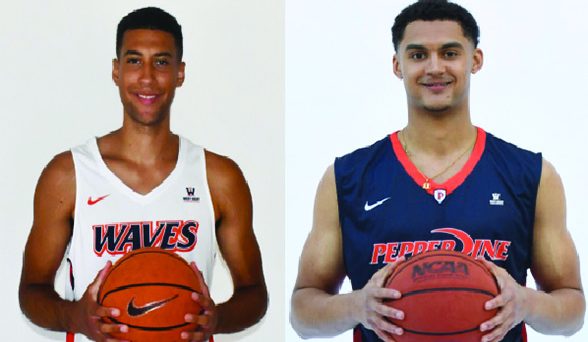 “The campus is amazing and the view is hard to beat especially coming from rainy Oregon,” Cage said.

Smith went as far as to say the Malibu weather improves his day to day feelings.

“The sun every day is great, [Malibu] changes your mood, you wake up in a better space,” Smith said.

Forwards Smith and Cage arrived during a busy summer of new acquisitions for the Men’s Basketball team, a summer that also saw Pepperdine lose guard Trae Berhow to the University of Northern Iowa.

Both Smith and Cage came to Pepperdine in search of the opportunities to start anew and play under new Head Coach Lorenzo Romar. They said the personal relationship they have with Romar led to their desire to joining the program.

Romar said he believes adding Smith and Cage’s talents and valuable experience (both advanced to the Final Four their freshman year), will yield nothing but great results for the program as a whole.

“Whenever you can bring that experience to the program it’s gonna do nothing but create a positive impact,” Romar said.

After transferring from a Pac-12 powerhouse, Smith and Cage both said they are motivated and eager to re-establish themselves.

“Coming to a smaller conference is humbling … but it’s real motivating for me as well to prove myself again,” Smith said.

However, both agree the experience each gained while at the University of Oregon proved valuable to their growth and maturation as individuals on and off the court.

“I learned a lot from being at Oregon … I played against a bunch of guys that are now in the NBA and Coach Altman taught me so much about the game,” Cage said.

Playing time was difficult to come by last year at Oregon, as Cage averaged seven minutes per game and Smith managed nine minutes per game. They both said they knew in order to maximize their immense potential and to realize their lifelong dreams of playing in the NBA, a change was in order.

Due to NCAA transfer regulations, Smith and Cage must sit out this upcoming season, yet both are inspired to seize the opportunity to improve their skills.

“I have this whole year to get better and work on my game,” Cage said.

Romar knows Smith and Cage must turn the page on the previous chapter of their careers, as he said this is a “new era” and “new opportunity” for them both.

Come support the Pepperdine Men’s Basketball team for their first game of the season Nov. 7 against Cal State Dominguez Hills at the Firestone Fieldhouse. 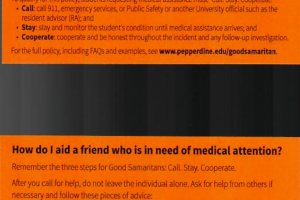