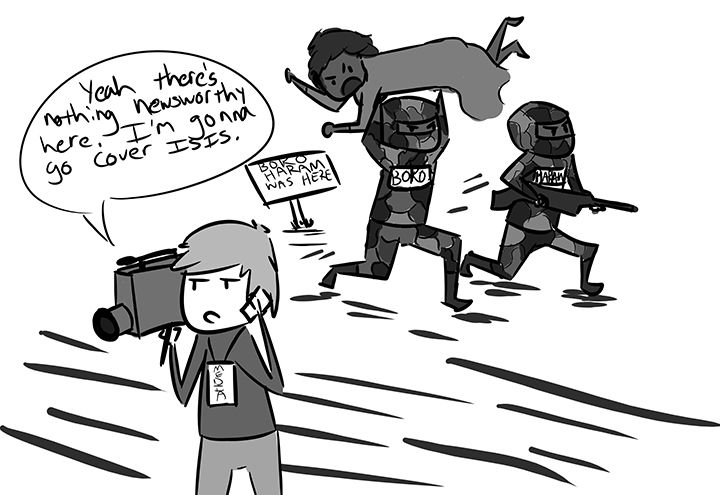 The media is limited in its portrayal of global catastrophe. There are only so many minutes in an hour. There is only so much room in a text box.

But do not forget that from the perspective of a rural Nigerian, Boko Haram is the most volatile threat in the world right now. To them, every week depends on the trigger finger of a West African militant.

In news, moral choices of what to cover and what not to cover are made every day. This editorialization often benefits the dialogue and helps organize complex events into a continuum of import and entertainment value.

But do not forget about Boko Haram.

This is a practical plea, but it is harder than one might think. Even after celebrities and hashtags advocated to “Bring home our [250] girls” in April, the militant Islamist movement based in northeast Nigeria continues to ravage the region. They receive coverage, but are sometimes downplayed in light of other tragedies.

Do not forget about Boko Haram.

According to Newsweek, Boko Haram, inspired by the success of ISIS, is starting to operate less like guerrillas and more like a conventional army. Citing ISIS influence, Boko Haram controls a chunk of Nigeria the size of Ireland or South Carolina. It is the size of six LA counties or three Rwandas. Boko Haram is a less advanced counterpart to ISIS, but they deal similar damage. The interplay between the two groups is unnerving.

The group has killed at least 2,000 people in the first half of 2014, according to the Guardian. They have surrounded the Borno State capital of Maiduguri in what could lead to a major symbolic victory. The Nigerian military, which has been accused of war crimes by Amnesty International, is not equipped nor do they seem motivated to fight against the attacks. The 250 schoolgirls kidnapped in April were not saved by the hashtags and remain unseen.

Nigeria, do not forget about Boko Haram.

While attention should not be diverted from other catastrophes, it is of the utmost importance that the academic, wealthy, American or Western world does not suffer from the same attention deficit disorder as the media when it comes to tragedy.

Whether it’s the Holocaust, the Rwandan genocide, ISIS or the death of a friend, remembrance is the primary safeguard against repetition. To forget sends a message: whether it is that some people are more important than others, that terrorism goes unpunished or that the West forgets the cries of parents whose children were kidnapped from school. This is not a call to arms, but a reminder of justice.

Pepperdine, do not forget about Boko Haram. 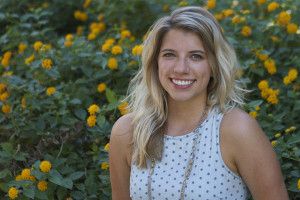 Maybe you’ve heard of it in passing, a wisp of charged conversation about this sorority or that one. It’s possible a poster...
Copyright 2013 Jupiter Premium Magazine Theme
Back to top