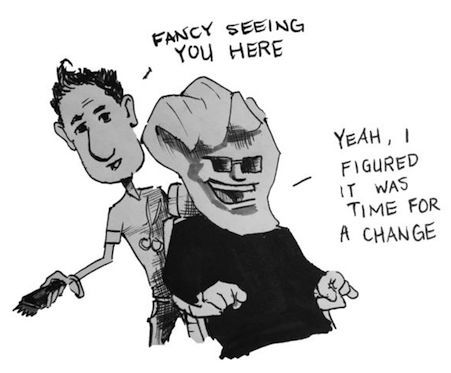 Diversity training. Race protesting. Title IX. The LGBTQ+ club. These changes represent more than headlines to be passed over — to the Pepperdine community, they show change. We must learn to find our place and adapt to the these changes taking place on campus; however, these shifts are also an opportunity to grow.

Growth is all around us, whether it is your final year, first year, abroad year or the dreaded junior year. For both those who have just taken their first steps onto Main Campus and those who are waiting to take their last step off that graduation stage, change is happening. While physical changes, such as construction to Payson and even the changes to Pepperdine traditions such as My Tie, are apparent, the Pepperdine culture has also begun to shift.

While construction starting at 7 a.m. might seem like the norm for the freshmen and transfer students, to upperclassmen that noise is a background beat in the clamor of change, signaling a time of transition.

Malibu’s unchanging weather (no need for rain boots here), the constant view of the Pacific and iced coffee as a year-round staple can make it easy to become complacent in a particular way of living. But lately, change has become a normal part of the Pepperdine experience.

Though few students still remember back when the fountains ran (RIP the pre-drought days), there are many other smaller and yet glaringly obvious changes happening, such as the separate recycling bins around campus (as opposed to the old single-stream method Pepperdine formerly held) and the shift from NSO’s often awkward My Tie tradition to its revamped brand as the President’s Reception. While these transitions may seem more subtle, they indicate a move away from longstanding Pepperdine traditions.

However, physical changes aren’t the only important ones taking place in the Pepperdine community. Last year, a significant spotlight was shone on the lack of diversity on campus, particularly regarding race and LGBTQ+ issues. From campus protests and responses from President Andrew K. Benton, to Seaver’s first officially recognized LGBTQ+ club, the 2015-2016 school year encapsulated a major shift in moving Pepperdine’s culture forward toward a more inclusive future.

Change, while inspiring a sense of nostalgia, is not just an important process for the university, but is an important one for students as well. Pepperdine’s current student body — as well as its faculty, staff and administration — is at a crossroads, with one foot in our history as we step into our future.

It isn’t always appealing to step into the unknown and try something new. To abandon what we know and try something completely different. To not even recognize the people or places or things we knew so well. But in the end, it is all worth it.

For those of us beginning our last year at Pepperdine, we will be reflecting on the changes that we have seen during our time here. And for those of us who are just beginning this new chapter, we have an even greater chance to be a part of the change, make waves and help steer Pepperdine in a positive direction, so that years down the road, when we look back, we can be proud of how far we’ve come.

We urge the Pepperdine community to grapple with the change happening around you in a tangible way. Reach out to SGA and ask questions. Join clubs and start conversation. Write a Letter to the Editor and become informed about what is really happening around you. And once you leave Pepperdine, don’t just let the roar of change slip away: Give back to Pepperdine, keep talking and invest in the future.

Change isn’t always easy, but it is up to us to take advantage of it — even when accompanied by the near constant sound of distant hammering. 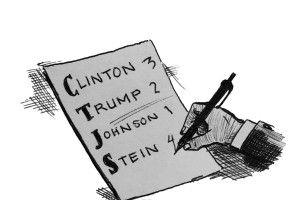 Art by Peau Porotesano The 45th president of the United States will be either Democratic Party Nominee Hillary Clinton...
Copyright 2018 Pepperdine Graphic
Back to top