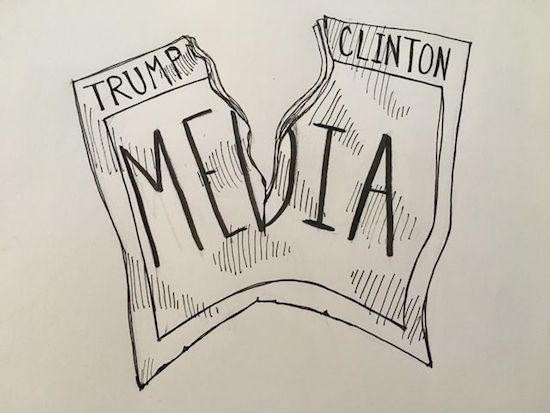 American news, broadcast, print and digital have been slowly separating into increasingly partisan views for quite a while. Many media consumers clearly support this shift as shown in Shanto Iyengar and Kyu Hahn’s March report, “Red Media, Blue Media: Evidence of Ideological Selectivity in Media Use,” published 2009 by the Journal of Communication, where liberals and conservatives alike are far more likely to support and read the news outlets that coincide with their personal beliefs. Additionally, the study “Further Decline in Credibility Ratings for Most News Organization” published August 2012 by Pew Research Center found that when viewing the opposite party’s news sources, there was a 30 percent difference in the perceived believability of those sources. This descent into one-sided news was heralded by the decline of the newspaper and the beginning of the celebrity broadcaster.

What many people do not realize is that the 24-hour news cycle frequently builds its stories on the backs of local newspapers, but fewer and fewer people are subscribing to newspapers. With the decrease in consumers, more and more companies are pulling their print ads in search of more effective advertising. It is far easier to track online traffic as well as how many people are clicking on ads. Like any website, these news sites were constantly searching to increase their Internet traffic. Suddenly, traditional newspapers were competing with newer, internet-based companies like Buzzfeed, where the focus is on entertainment and not journalism.

This was highlighted by a January 2008 meeting where Orlando Sentinel C.E.O. Sam Zell told journalists that “you need to in effect help me by being a journalist that focuses on what our readers want and therefore generates more revenue.” When the journalists expressed concern over their duty to inform over the idea that they should just write puff pieces on puppies, Zell replied, “You’re giving me the classic, what I would call journalistic arrogance, of deciding that puppies don’t count . . . Hopefully, we get to a point where our revenue is so significant that we can do puppies and Iraq. OK?”

In the wake of this new focus on internet ads and online articles, journalists were forced to turn to writing more of anything that would lead to more clicks, usually called click bait. A divisive article is more likely to draw attention than a fair and balanced view, or a plain statement of the facts. A truth that has also become increasingly noticeable in broadcasters. In the same way that internet traffic and ad revenue changed print and online news, ratings and ad revenue changed broadcast news.

Anderson Cooper 360, The O’Reilly Factor, The Situation Room with Wolf Blitzer and The Kelly File are only a few examples of how the news has changed. These are certainly not the first celebrity broadcasters, but they are signs of a key shift in the news cycle where these broadcasters each have their own shows. News no longer centers around facts and information but instead, the focus has shifted to selling a personality. These broadcasters are paid not for their presentation of the facts, but to present their own unique take and spin on the news.

Both the death of the modern newspapers and the rise of the celebrity broadcaster outline the shift in journalism from a presentation of the facts to the presentation of an opinion, allowing readers to essentially choose their news by their own personal bias. There is little to do in the way of fixing the news, but in terms of personal consumption of news, begin to search for sources that may not align with your personal views, seek out new that really does present multiple viewpoints, and support sources that are more balanced and fact-centered. 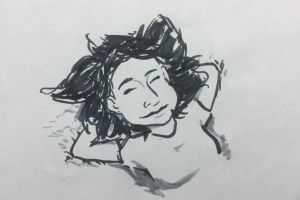 Art by Peau PorotesanoI’ve only recently discovered "The Big Bang Theory." (Scandalous, I know.) Like most people after...
Copyright 2013 Jupiter Premium Magazine Theme
Back to top