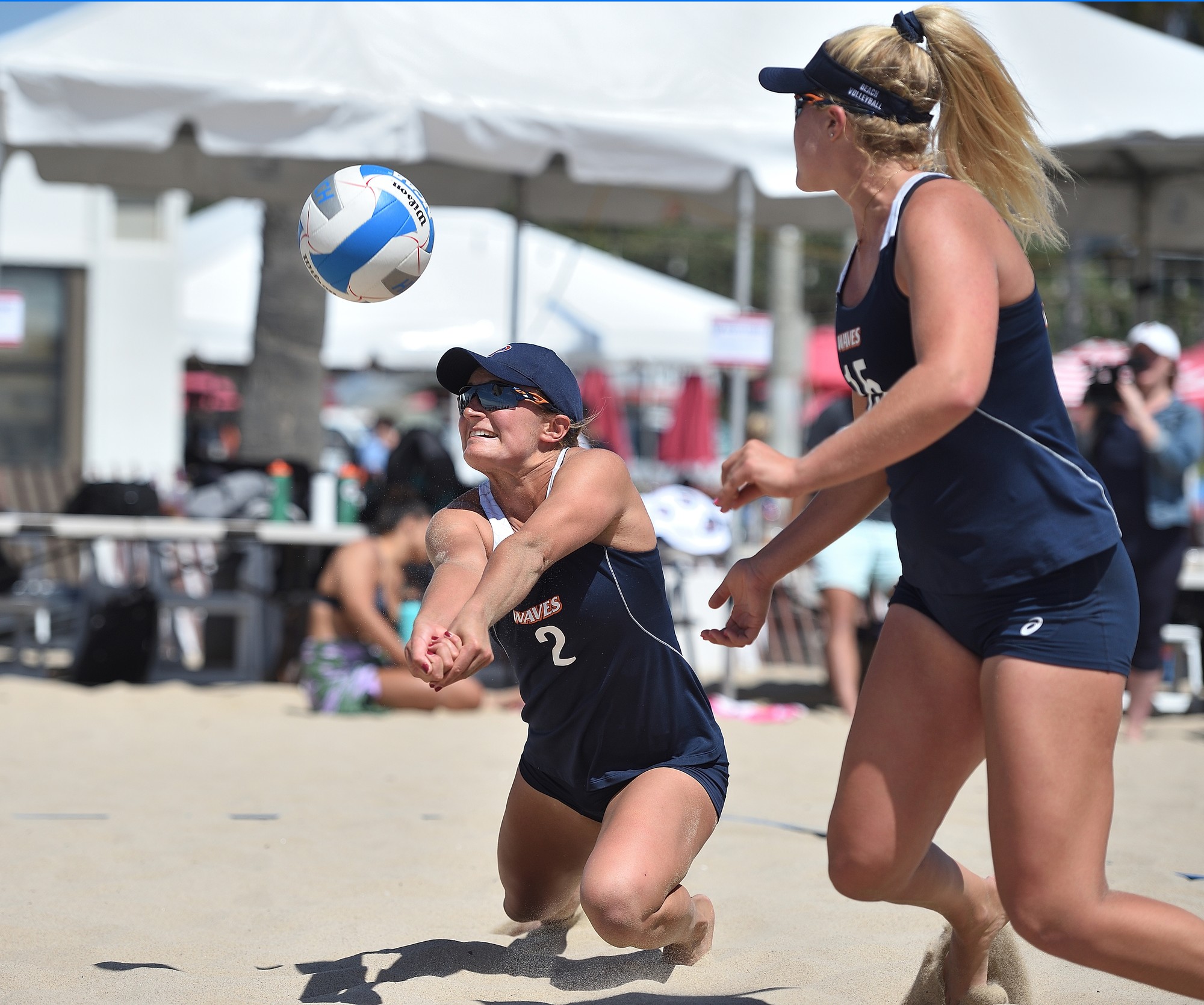 After two tournaments and seven games, the Waves have a 6-2 record and are the No. 3 ranked team in the country. With a first-year head coach and an experienced roster, Pepperdine aims at making yet another deep tournament run.

A pattern for the Waves this season has been consistency. Six of their eight team pairs possess a winning record and the accumulative winning average of 69 percent. With a mix of key seniors and improving underclassmen Pepperdine finished the Zuma Classic and looks ahead to the East Meets West Invitational.

The Waves’ first two tournaments, the Outrigger Duke Kahanamoku Beach Classic and the Zuma Classic featured six victories, four of which were ranked teams. In the first six games, the Waves opened with senior Heidi Dyer and sophomore Brook Bauer whom are 5-2 as a pair.

Along with being a key member of the team, Dyer said she enjoys the role of being one of the seniors on this for other reasons too.

“I love being a senior,” Dyer said. “I love to try and get the freshmen out of their shells and get them to be fully themselves.”

Pepperdine has qualified for the NCAA Beach Volleyball Championship the past three seasons. They have owned either the No. 2 or No. 3 seed in every tournament but have yet to bring the first beach title back to Malibu since 2014.

In Southern California, the Waves are in good company. UCLA, USC and Pepperdine possess the top three spots in the country. Pepperdine’s only two losses this season are to the Bruins and they have lost to USC in the NCAA Beach Volleyball Championship bracket the past three seasons.

Although the three teams have a history, Dyer doesn’t approach the games any differently.

“I don’t approach it differently in the sense of the mental game,” Dyer said. “If anything, I try to approach the same as I would all matches.”

Fellow senior Skylar Caputo said she also does not feel a difference whenever she plays UCLA or USC.

“We prepare ourselves for all our matches in a similar format as far as training and studying our opponents,” Caputo said. “We may spend more time on specific teams with the resources to do so, but overall mentally we as a team get hyped to play against USC and UCLA, but treat them as another dual.”

Caputo also said balancing their energy in every match against these two opponents is essential.

“If we let our emotions get the best of us when facing these rivals, then our energy may not be channeled effectively,” Caputo said. “Approaching every dual routinely has been efficient in focusing emotions and energy when they are needed.”

The Waves are operating under first year head coach and former assistant Marcio Sicoli. He took over after Nina Matthies, an AVCA Hall of Famer retired.

Dyer said she is grateful for the job Sicoli has done this season.

“Marcio [Sicoli] is the best,” Dyer said. “He’s done an amazing job. I don’t think a brand new head coach could do any better. He’s been preparing for this for a long time so I’m really stoked he’s getting to actually be a head coach now.”

With appearances in the past three championship brackets, the Waves have unique postseason experience. This year they look to secure their fourth straight West Coast Conference Championship and another NCAA tournament berth.

Caputo said the team has goals outside of traditional accolades.

“The previous years of this program set a standard for this season,” Caputo said. “The morals and values of this program go way beyond the beach volleyball courts. The Pepperdine Beach Volleyball program has always wanted to instill a family culture where everyone feels their importance to the team.”

Saturday the Waves will travel to Manhattan Beach, California, to play in the East Meets West Invitational. It will be a great test for the Waves as they will play three ranked teams: No. 4 Florida State University, No. 6 Louisiana State University and No. 19 Texas Christian University.