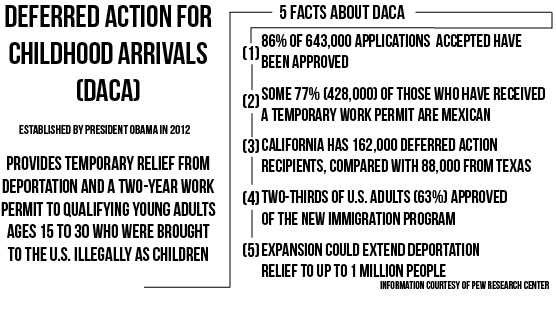 In anticipation of the repeal of Deferred Action for Childhood Arrivals (DACA), Pomona College President David Oxtoby distributed an open letter in support of students who have applied for the DACA program. As of Jan. 24, 608 presidents of colleges and universities in the United States have signed the open letter.

“My response is to do something substantive rather than just signing something that seems like more of a statement than a substantive response,” Benton said.

DACA, established by President Obama in 2012, allows undocumented immigrants who entered the country as minors to apply for a renewable, two-year period of deferred action from deportation as well as the opportunity to apply for a social security number and a work permit. DACA does not grant citizenship.

During his presidential campaign, President Donald Trump spoke of his 100 Day Plan, a list of legislation and policies that Trump plans to address or establish within the first 100 days of his presidency. Among the goals Trump listed is the cancellation of “every unconstitutional executive action, memorandum and order issued by President Obama,” potentially including DACA.

Benton said one of his goals regarding DACA, and those impacted by it, is to assure the students they have rights and that the university recognizes their rights. “I think that is the thing that probably concerns me the most is when students have a fear placed in them that is unnecessary,” Benton said.

Benton said one of the factors limiting Pepperdine’s ability to respond fully to concerns about the repealing of DACA is uncertainty about what action the new White House administration will take. Benton said Pepperdine will formulate its response after President Trump’s plans become more clear.

Associate Vice President and University Registrar Hung Le said Pepperdine does not track whether enrolled students are documented or not. “At this point we do not track that information,” Le said. “We do not have that information.”

Support groups and counseling for undocumented students are both things that the university would be interested in providing, General Counsel Marc Goodman said. Goodman also said that while he believes that there may be students who have applied for DACA currently enrolled in the Aliento program of the Graduate School of Education and Psychology, Pepperdine has not asked for confirmation of its students’ immigration statuses, in part to protect their confidentiality. Aliento is a center “dedicated to addressing the individual and communal mental health needs of Latino/a communities,” according to its website.

“Going forward, we may need to ask that question in order to serve [DACA registrants] in the best possible way,” Goodman said. “We are evaluating that right now. Are we interested in supporting those students? We absolutely are.”

The administrators also discussed the subject of diversity on Pepperdine’s campus.

Benton said one example of these efforts can be found in the ethnic composition at Seaver College. According to Admission Fast Facts for fall 2016 available on Pepperdine’s website, 48 percent of enrolled students are White, 15 percent are Hispanic or Latino, 11 percent are Asian, 11 percent are non-resident aliens, 6 percent are of two or more races, 5 percent are Black or African American, 3 percent are of unknown race or ethnicity, and 0.4 percent are American Indian or Alaska Native.

Benton said he is also observing diversity in the hiring season, as he is being presented with “prospective tenure-track professors that are not all white males.”

Benton said he volunteered Pepperdine’s campuses to host one of the DACA information sessions that the Association of Independent California Colleges and Universities (AICCU) is planning to hold in the near future.

In the Sept. 8, 2016 article written by the Graphic, “Pepp Ranks No. 11 In Diversity,” some of the students interviewed expressed concern that the amount of racial diversity perceived by the student body is less than the racial diversity that exists on Pepperdine’s campus in actuality. Benton was asked if the plans for increasing diversity on campus would also address this discrepancy.

Benton said he cannot give a definitive answer because he does not know what students would recommend to reconcile the difference between perception and reality of diversity on campus.

“[The difference] could have to do with the ethnicity of the administration and the fact that you can change your student diversity pretty quickly—and we actually have in the last 12 years—but it is a much more difficult, even painstaking process to change faculty diversity. A lot of them come and teach for us for 25 or 30 years, so openings don’t occur as often as you turn over student body,” Benton said.

Benton said he and other administrators are open to specific suggestions on how to address the perception of Pepperdine’s racial diversity.

On Nov. 5, Pepperdine hosted a Summit on Diversity and Inclusion, attended by students and representatives from Pepperdine, Vanguard, Biola and Westmont to discuss racial diversity and cross-cultural relations.

“We would be very open to [hosting similar events],” Benton said. “We actually have great facilities, not only in Malibu, but elsewhere. So we are very open to that.”

Benton also said he admires when “students take responsibility for making improvements in areas where they feel like improvement is needed.”

In April 2016, Benton wrote an article titled “Embrace Convicted Civility” in which he talks of a need for “a standard of debate and discourse in all matters that does not chill the participation of others and is not designed to merely silence opposition” and speaks of his hope “to contribute to a university campus where strong, carefully articulated positions are placed in conversation with confidence and vigor.”

Benton said he still believes that civil debate and discourse are necessary. “I just think, particularly in the last five or six years, [discourse] has not been civil,” he said. “It has actually been quite uncivil, I think, and I am seeing it continue into the next administration. I’m not exactly heartened by that. I’m discouraged by that.”

“I think students ought to make sure there are candidates in the next election that they are excited about and that there are policy issues that become planks in the platform of their respective parties as they put their people forward,” Benton said. “Now is the time to do that, not six months before the election. So now is the time to work on your debate skills and sharpen your ability to contend for things that are important and learn to be civil, learn to be strong but learn to be civil.”

The administrators said they would like to reassure DACA registrants that Pepperdine supports them. “Today we don’t know who they are but if they can know, somehow, that we do care through this article, I would be very grateful for that,” Benton said.

Le echoed this sentiment. “We care deeply about our students,” Le said. “The student is the heart of Pepperdine – of our administration – so we want to make sure that our students are safe and cared for. They are part of our community.” 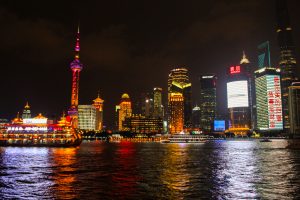