A study by Priceonomics ranked Pepperdine as No. 11 in racial and ethnic diversity on college campuses. The study examined universities ranked in the top 100 for academics by U.S. News and World Report.

The study used data from the Department of Education and from bestcolleges.com to look at the makeup of each school’s student body by race and ethnicity.

“I am generally suspicious of rankings, but while they don’t mean everything in our work, they do mean something,” Pepperdine President Andrew K. Benton said.

The level of diversity at each school was classified using the Hirfindahl-Hirschman Index (HHI). The HHI ranges from 1 (the least diverse) to 1/N (the most diverse), where N is the number of categories being analyzed. A student body that is entirely White would have an HH1 of 1.

Five racial/ethnic categories identified in the government’s College Scorecard data were used to calculate each university’s HHI: White, Black, Hispanic, Asian and Other.

Pepperdine was found to have a diversity index of 0.273, which put the school in the eleventh spot for ethnic diversity.

The study concluded California campuses are particularly diverse, accounting for seven of the top 20 most diverse colleges.

“[The study] makes me think that the perceived diversity at Pepperdine is much lower than the actual level of diversity here,” junior Rachel Yoshimura said.

Benton said this is the first time he has seen a ranking of universities by ethnic diversity.

“I think diversity provides a broader experience for every student and, frankly, promises a more productive citizenry eventually,” Benton said.

Junior Miguel Garcia Ramos said the ethnic diversity of Pepperdine “isn’t terrible but it could definitely be improved.”

“There is an overwhelming number of Caucasians, other ethnicities need to be more well represented, especially Hispanics and African Americans,” Garcia Ramos said.

He said that in addition to a more diverse student body, he thinks the school needs to improve the diversity of the faculty.

“The students will benefit from having someone who is their own ethnicity and has come across some of the same adversity…someone who understands them,” Garcia Ramos said.

Dean of Seaver College Michael Feltner released an interoffice memo on Tuesday that lists activities undertaken at Seaver College in the past year to create an inclusive environment. Activities planned for the current academic year are also included.

Yoshimura said Pepperdine is slowly improving its race conversations, but there are still improvements to be made.

“I think Pepperdine is getting better about fostering conversations about diversity, but a lot of people take a ‘color-blind’ viewpoint,” Yoshimura said. “This is different than acknowledging that many people experience the world and their life differently based on their race and perceived race.” 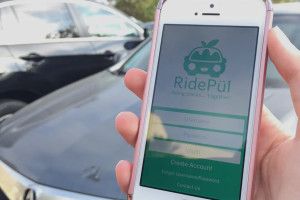