The moments that catch us off guard, whether it be for better or for worse, are often the ones that we remember sharpest. John joined 25,000 protesters on March 25, 1965, the final day of the historic voting rights march from Selma to Montgomery.

Prior to his departure, friends warned him of the dangers he could face, as he details in his memoir, “Today, I am a Negro.” They armed him with extra cash in case he needed bail money. They told him to stay quiet and to listen to law enforcement. John was prepared for the Selma march.

What he wasn’t prepared for was the reception he received once he returned home to his church in Port Hueneme, California. It wasn’t a warm welcome home. But a surprise twist toward the end of his memoir, involving a man ripping off his shirt to reveal a sobering tattoo, will restore your faith in humanity.

Start reading John’s memoir for the historical relevance, and come away with a deeper appreciation for life.

So You’re Telling Me There’s a Chance

John was born in Rhode Island on Oct. 25, 1932, to immigrant Assyrian parents. He recalls always living in racially diverse neighborhoods. In Seminole Falls half the people were Lebanese, Syrian and Turkish, and the other half were French. Then, in the seventh grade when his family moved to California, most of his friends were hispanic and black.

Right after high school, at the age of 17, he enlisted into the Army to fight in the Korean War. He wasn’t 18 yet, but he wanted to serve his country so off he went. He first spent 10 months in Japan, then was sent to the trenches of Korea.

Upon returning from the war, John went back to his job at the local grocery store. Cleaning bottles and manning the cash register didn’t satisfy him. He wound up depressed, complaining everyday. 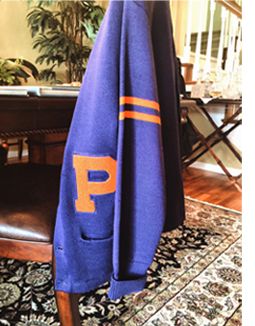 Then his brother, Joe, came home from Princeton Theological Seminary school, and made a suggestion. Joe had finished his undergraduate at Pepperdine and encouraged John to apply. He informed John that he could get a free education thanks to the G.I. Bill.

Joe had been a model religion student at Pepperdine, so he was well known on campus. He brought John directly to the dean’s office one morning. The dean at the time, E.Z. Pulias, asked for John’s high school transcript. It wasn’t up to par with the school’s admissions standards, but one thing caught Pulias’s eye: John had a ‘D’ in boys cooking, yet he was promoted to the position of mess sergeant in the war.

John said he recalls Pulias turning to Joe and saying, “I think he’s got some potential. I’m gonna let him in, but don’t tell anyone what I’m doing. I’ll keep an eye on him.” John flourished at Pepperdine where he played football for two years and served as SGA Vice President his senior year.

He went on to earn his Doctorate of Divinity and became a Presbyterian minister. He has a file cabinet full of past sermons tucked away at his home. Everyone once in a while, he’s asked to preach. He has also worked to raise millions for charity, and recently sat on the Board of Trustees at Los Ranchos Presbytery.

Selma is Starting All Over Again

In March of 1965, John felt a “tremendous conviction” to travel to Alabama and take part in the civil rights protests. His wife at the time (they divorced in 1986 and have both remarried since), Una, said his decision didn’t surprise her, and that she was in favor of him participating. The funds for his trips came out of their savings.

The only thing that worried her was John’s “very explosive personality, even under calm situations.” She said she is proud that he did so well holding his tongue. No physical harm came to him.

John and Una provide a unique perspective on the current civil rights climate. They both lived through the worst of it, and were extremely conscious of what was transpiring around them. Una recalls when blacks weren’t allowed to say in hotels or eat at counters. John recalls ministering in Pikeville, Kentucky, and having to deal with the Ku Klux Klan going after his black students.

From that period to now, John and Una note that monumental progress has been made, but they also each said that a long road lies ahead.

“The problem is far more deep and serious than just rights,” Una said. She believes that the minority groups still struggling need encouragement — they need more than what changes in the law can provide.

John brought up racial issues making media headlines today, such as the racist leaked Oklahoma University frat video, the shooting of Trayvon Martin and the fact that no republican candidates visited Selma to honor the 50th anniversary.

“Selma is starting all over again. We’ve got so much strife going on in this nation now,” John said. His advice to the upcoming generation is to “be leaders in our own country and our own communities.”

“I think we all have eyes to see and ears to hear, so we need not be blinded when we see discrimination … We need to have the courage to speak out.”

Click here to hear more from John about his experience participating in the march, and his thoughts on racism in present times.