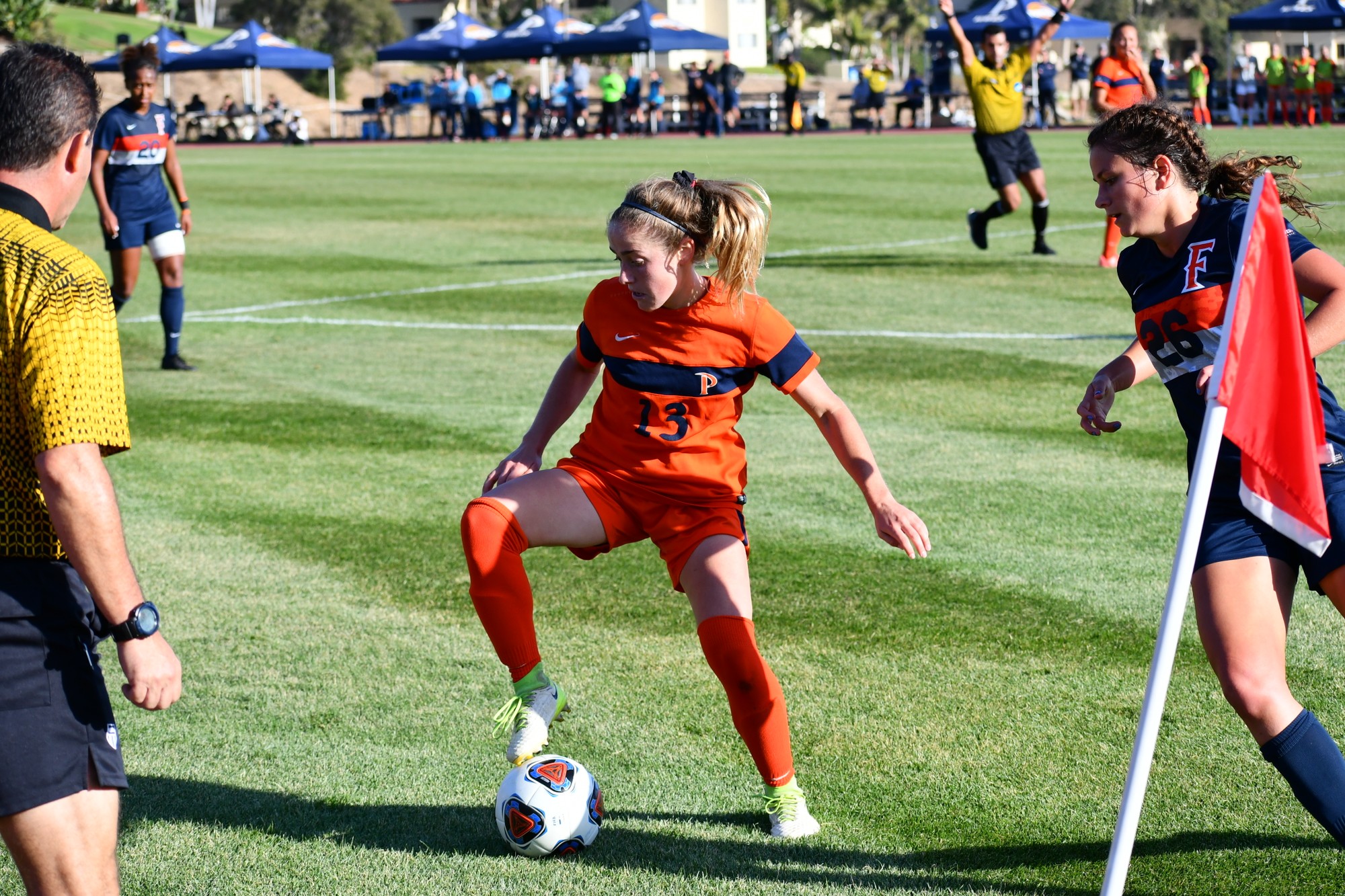 After falling in the NCAA Tournament to Virginia on Nov. 17, Pepperdine Women’s Soccer WCC honorees Brianna Visalli, Hailey Harbison and Brielle Preece reflect on how far they’ve come, their team chemistry and what makes Pepperdine Soccer so special.

WCC’s Player of the Year Brianna Visalli started playing soccer at four years old for the recreational league at her church. Visalli said her favorite thing about playing soccer is her teammates and the memories she makes with them on and off the field.

She said Pepperdine Soccer is unique in the way the coaches care about players as individuals and not just as athletes.

“I personally had a pretty rough freshman year,” Visalli said. “And ironically our associate head coach, Max [Rooke], would always run into me when I was super emotional. I think other coaches would be uncomfortable or act like they didn’t see me struggling, but our coaches are always there to put an arm around you.”

Their game against California State-Fullerton was quite the match.

“When we won, it felt like a wave of emotion hit me,” Visalli said. “I am notorious for my ‘tears of joy,’ but most of the girls laugh at me because I am simultaneously laughing and crying. I think the coolest part about winning was knowing that we have one more week as a team and family. I wouldn’t trade it for anything in the world.”

In receiving this honor, Visalli reflected with humility.

“I think people put a lot of individual emphasis on this award,” Visalli said. “But without my teammates putting me in the right place at the right time, I don’t think I would’ve won this award. My teammates not only help me in the game, but they also push me to get better on a daily basis. It’s a pretty awesome feeling to have everyone play for each other and play as a team.”

WCC’s Defender of the Year Hailey Harbison has also been playing soccer since she was young. Harbison said her favorite thing about playing the game is that she feels completely free to be herself in pursuit of something she loves.

She said playing soccer at Pepperdine is unlike anywhere else.

“Our coaches care about us as people before soccer players and try to develop women of character as well as great soccer players,” Harbison said.

She said she considers her soccer team family because they are always there for her, just as she is for them.

“We fight for each other on the field, and that’s why I feel like we have been successful so far because it’s not just about every individual, it’s about the team,” Harbison said.

Harbison was so happy with the result of Saturday’s game.

“We worked so hard to make it to that point and it paid off in the last three minutes when Brianna Visalli scored the game winning goal,” Harbison said. “When the whistle blew at the end of the game, I was just so happy and excited that our seniors were promised another week of soccer as a Pepperdine Wave.”

Harbison was so thankful to receive the award for WCC’s Defender of the Year.

“This award means a lot to me because of how last season was,” Harbison said. “I tore my ACL and had to sit out all season and wasn’t able to play with my team. My coaches, trainers, teammates, family and boyfriend pushed me to be better than I was before when coming back from this injury.”

WCC’s Goalkeeper of the Year Brielle Preece has been playing soccer for as long as she can remember – ever since she was able to kick a ball. Preece started out like any other player on the field, but once subbed in as a goalie and has stayed in the position ever since.

Her favorite part about playing soccer is the team element.

“I love playing with people that are my best friends,” Preece said. “There are some teams that are filled with drama or have a bunch of cliques and we honestly don’t do that, and I think that’s what makes us so special. We all are pulling for each other. We all genuinely care about each other and are working for each other.”

Preece visited other universities, but Pepperdine’s coaches were stand-outs in her mind.

“Our coaches care about us as more than just players,” Preece said. “They care about who we are, who we’re becoming and they care about our life in general – everything that’s going on.”

In recapping the first game of the NCAA Women’s Soccer tournament on Saturday, Preece said Cal State Fullerton was one of the more physical teams the Waves have competed against this year. She said they had a few chances at scoring a goal early in the first half, but none of the attempts were successful.

“Then in the 87th minute, my best friend Bri scored,” Preece said. “We were all really happy about that. It was exciting because it was a really big relief. We’d been working so hard and it finally went in the back of the net. It was a sweet goal. It actually made the NCAA’s top 10 plays of the week. I think it was number two.”

Preece said she was so grateful for receiving this award.

“[It] was really affirming to me because I have been working hard for the last three years and a lot of people don’t know, but I actually sat the bench for a whole three years and then this is my first season actually playing,” Preece said. “I finally got my chance to showcase what I’ve been working hard for. So it was nice just being able to be there for my team and put all that hard work into play.”